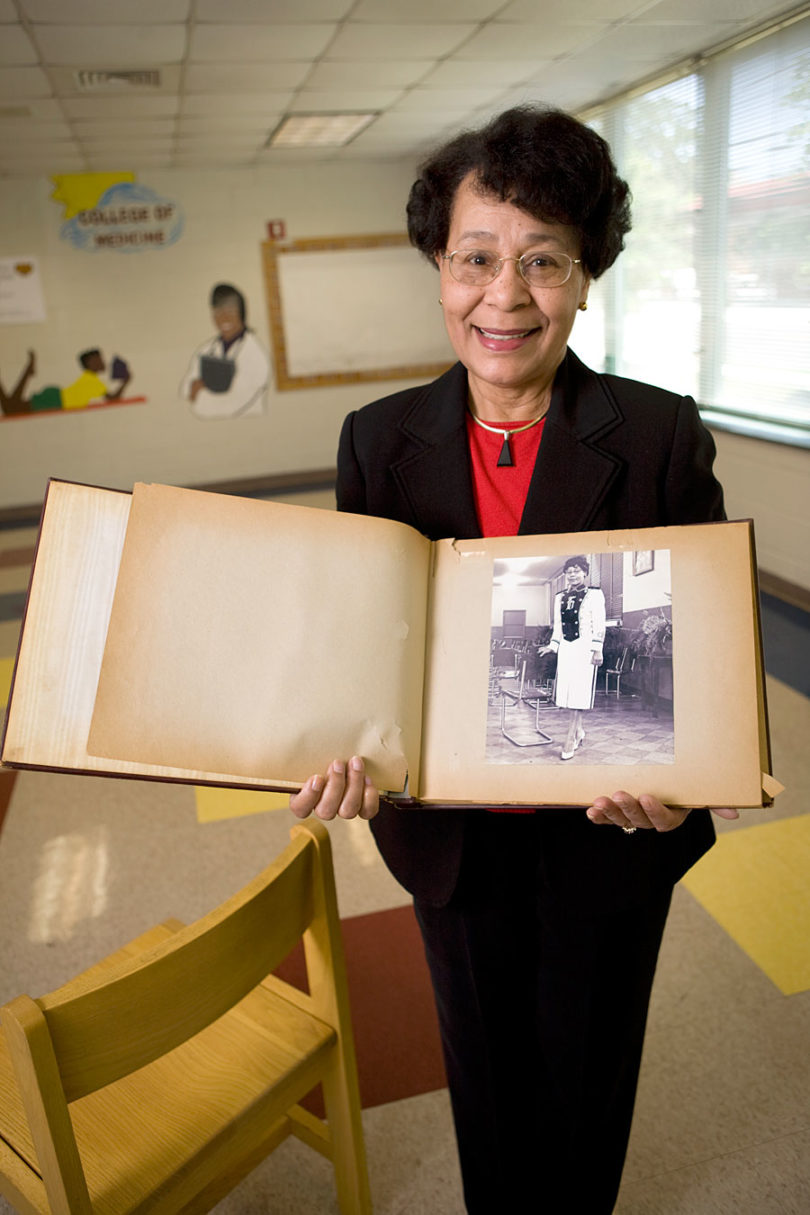 Mary Frances Early remembers drinking from segregated water fountains and using segregated restrooms in her early years. She even attended a master’s program at the University of Michigan because her state’s flagship university wasn’t integrated. Yet in August 1962 she became the first black graduate of the University of Georgia.

“I wasn’t trying to be the first black graduate,” she said. “I just wanted to join the struggle. I was a public school teacher. I couldn’t march in the picket lines or participate in sit-ins, but I could go to school.”

Inspired by young people putting their lives on the line for civil rights, the Atlanta native decided to transfer to “crack those doors open even wider.”

She applied to UGA shortly after seeing pictures of fellow Turner High School alumni Hamilton Holmes and Charlayne Hunter-Gault being driven back to Atlanta because of the race riots that accompanied their arrival at UGA.

“I was self-selected,” she said. “Nobody asked me to come. I just decided on my own after seeing that picture. I thought somebody else needed to go.”

Yet when she applied, the university launched an in-depth investigation.

“They were trying to find a reason not to admit me,” she said. “They looked at if I had shoplifted or had an illegitimate child or if I had any arrests or health issues.”

Instead, the report lists Early as the valedictorian of her Clark College (now Clark Atlanta University) class, a student with record-setting good grades, excellent credit and not a single speeding ticket.

She was accepted in May 1961 and began classes that summer.

“There were no riots, but I certainly wasn’t welcome,” she said.

She recalls being ignored—made to feel invisible. When she sat down to take her GRE in the agricultural auditorium, all of the students on the row in which she was sitting got up and moved. People threw rocks at her. The N-word was spray-painted in red on her white car. At Snelling Dining Commons, the boys threw lemon wedges at her.

She wrote her thesis the next spring and with transfer credits earned her master’s in music education the next summer. She admits she was unnerved at the sight of the sheriff at her graduation (and laughs now because the sheriff has a traditional role in the ceremony’s processional).

“I think it changed my take on how to treat people,” she said. “Because I felt unwelcome and was made to feel uncomfortable, I have lived my life so that I could reach out to others.”

And for three decades, Early said she didn’t hear from the university.

“I felt betrayed for 30 years,” she said. “Nobody contacted me—not even about alumni dues. It was as though I had never been here.”

Then in 1997 Maurice Daniels, dean of the School of Social Work, heard about Early while working on a documentary of Horace Ward, UGA’s first black applicant. He contacted Early and the university has kept in contact with her since.

In 2000, the students from the Graduate and Professional Scholars group asked Early to give a talk on her time at UGA. Early obliged and gave a lecture entitled “The Early Years: Integrating the University of Georgia.”

The lecture was then renamed in her honor and has been held annually since 2001.

“It was all a surprise. I thought I was just coming to talk with some students,” she said, adding that she was deeply honored.

Though she lives in Atlanta, Early still regularly attends campus events from the Freedom Breakfast to the homecoming football game. She’s been a featured campus speaker—even speaking at Commencement in spring 2007. And as the Graduate School’s first black graduate, she also has been attending many of the school’s recent centennial celebration events.

“It seems like I’m always here,” she said with a laugh. “Now, I’m treated well. So that’s why I come so often.”

She still keeps in touch with her GAPS students and said that she talks to them all the time by phone or e-mail.

“I just try to encourage them,” she said. “They’re where I used to be. And I really want, before I leave this Earth, to see more diversity on this campus. I tell them that when times get tough, you can make it because you’ve got that steel in your back.”

She is planning to attend the 10th annual Early lecture April 6 at 4 p.m. in the Chapel. Andrew Young, former mayor of Atlanta, will be the speaker.