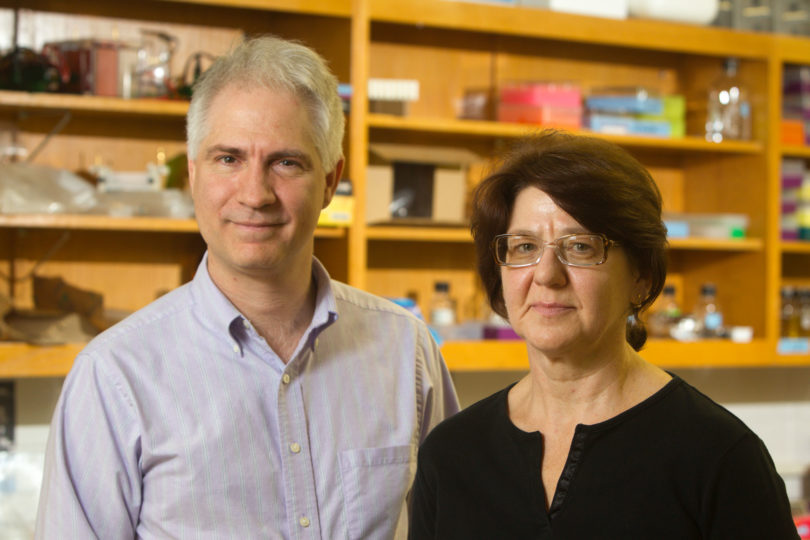 UGA researchers have discovered a switch that controls whether cells move or remain stationary. The misregulation of this switch may play a role in the increased movement of tumor cells and the aggressiveness of tumors themselves.

“Malignant cancer arises when cancer cells acquire the ability to move away from their primary tissue location,” said Natalia Starostina, assistant research scientist in the department of cellular biology and lead author of the research. “The control of cell movement is a fundamental aspect of animal development, and defects in cell movements can have devastating results ranging from tumor metastasis to vascular disease.”

The movement of cells requires the “remodeling” of a supporting cell structure called the actin cytoskeleton. Starostina’s research focuses on how actin remodeling is controlled and how it regulates the movement of cancer cells.

The study was published in the journal Developmental Cell. In addition to Starostina, other authors include Jennifer Simpliciano, undergraduate student; Michael McGuirk, lab technician; and Edward Kipreos, head of the lab. Cellular biology is a division of biological sciences in the Franklin College of Arts and Sciences.

The research by Kipreos’ group focused on an unlikely source to control cell movement, a CKI protein. CKIs were originally identified as inhibitors of the cell cycle that function in the nucleus to prevent cells from dividing. Surprisingly, in the last few years, scientists noticed that certain very aggressive tumor cells had high levels of CKI in the cytoplasm, the part of the cell surrounding the nucleus.

“The finding that LRR-1 controls p21 levels only in the cytoplasm was unexpected,” said Kipreos, who also is a researcher in the UGA Cancer Center.

The accumulation of p21 in the cytoplasm causes the rearrangement of the actin cytoskeleton so that rod-like filaments made of actin are broken down, and the released actin is relocated to the periphery of cells where it promotes cell movement.

“While it was known that p21 is involved in remodeling the cytoskeleton, nobody had looked at its effects on cell motility,” said Kipreos.

Scientists had previously observed that the accumulation of cytoplasmic p21 in a number of human cancers is associated with high tumor grade and poor prognosis. The team’s research shows that tumor cells with cytoplasmic CKI have increased movement, suggesting the reason these tumor cells are more aggressive is because their enhanced cell movements lead to metastasis in which the cancer spreads through the body.

Exactly how the new information might be used to develop diagnostics or therapies to treat cancer awaits development. But the discovery of this new regulatory pathway gives researchers a target that could one day allow them to slow the spread of tumors or halt cancer cells in their tracks.