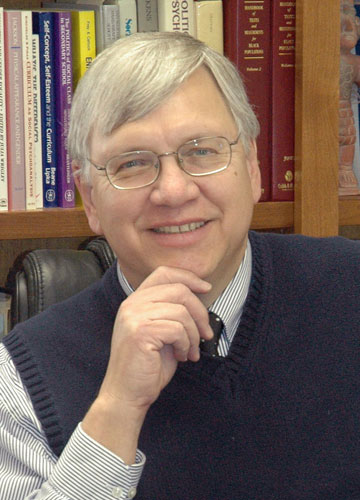 Athens, Ga. – A book co-authored by University of Georgia College of Education professor emeritus Thomas C. Reeves has received the Outstanding Book Award from the Research and Theory Division of the Association for Educational Communications and Technology.

“Conducting Educational Design Research,” co-authored by Reeves and Susanne McKenney of the University of Twente in The Netherlands, is targeted to faculty and students in university graduate programs where exposure to innovative design research methodologies is limited. The book fosters dialogue on how to best prepare the next generation of educational researchers.

Reeves and McKenney will receive the award at AECT’s annual international convention in Anaheim, Calif., in October. Reeves will also be a keynote speaker at the convention.

During his career, Reeves has developed and evaluated numerous interactive learning programs for education and training. He has been an invited speaker in 30 countries around the world. He is a former Fulbright Lecturer and a former editor of the Journal of Interactive Learning Research.

Reeves is a Fellow of the Association for the Advancement of Computing in Education and he became the first American to be named an Australasian Society for Computers in Learning in Tertiary Education Fellow in 2011.

He also co-authored “A Guide to Authentic E-Learning,” which won the 2010 Association for Educational Communications and Technology Design and Development Outstanding Book Award. The book was co-written with two Australian colleagues, Jan Herrington from Murdoch University and Ron Oliver of Edith Cowan University.