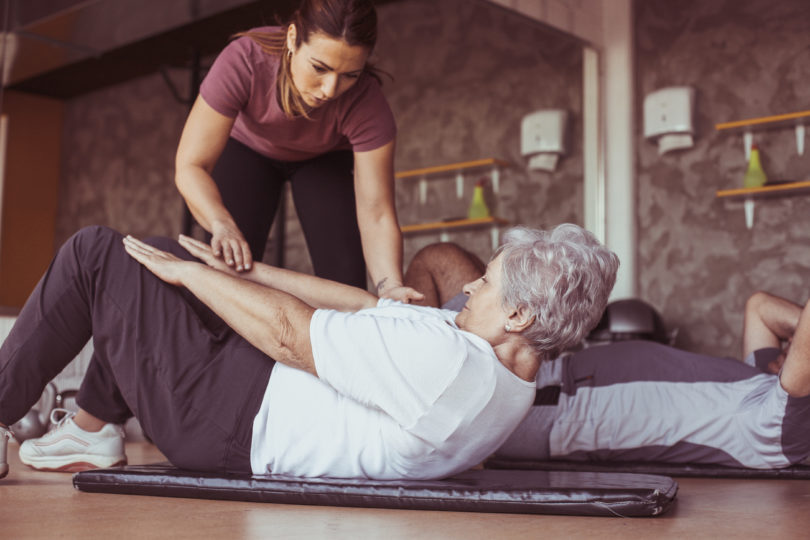 Running and lifting weights might be a crucial step in helping your body delay the effects of aging, but those exercises may be only part of the story.

In a new article published in Psychological Bulletin, a University of Georgia researcher found that the type of activity you choose may also have an effect on your brain’s response to aging—and, according to the data reviewed, may even help improve your cognitive function.

Phillip Tomporowski, co-author and professor of kinesiology in the UGA College of Education, and Caterina Pesce of the University of Rome in Italy researched more than 70 reviews of previous studies comparing the benefits of exercise alone with the benefits of exercise plus some type of cognitive component. They found more improvement among participants when exercise was paired with some type of skill than with exercise alone.

“The people that were in training programs that were more complex performed better on tests of executive function and memory,” compared with tests that only involved exercise, he said. This means that an activity that requires some sort of extra thought or skill while you’re doing it—for example, choreographed dancing, running through an obstacle course, mountain biking or even low-impact activities, such as juggling—can be beneficial not only in that they get you moving, but they also help improve your brain function.

“People navigate a complex world in those activities, and it’s the navigation of your body as you move that we are hypothesizing, that’s influencing how people process information, problem solve and remember things,” he added. “The fundamental factor is the amount of mental engagement that’s in the task.”

This may be an important factor to consider as we age. There’s mounting evidence that our brain slows as we get older, along with declines in muscle and bone health. But if there was a possibility that the activities we choose as we age could help stave off those effects, it may cause some to re-evaluate their exercise routine.

“Right now the recommendation is that you have to do an aerobic activity three days a week, and you want to improve your physical fitness because that changes your brain,” said Tomporowski. “But the data is suggesting that may not be sufficient. There are more and more studies out there that suggest that it takes more than mindlessly exercising on a bicycle or a treadmill.”

The research aligns with an after-school program Tomporowski has championed for several years called PAL, or Physical Activity and Learning, where elementary-age children learn games that require specific skills or problem solving, as well as physical activity. While Tomporowski and his colleagues haven’t evaluated the success of the program on children’s mental functioning, he said similar programs do have the studies to back them up.

Bottom line, it’s not just running or lifting weights—along with doing crossword puzzles—that may slow the aging process. Rather, he said, it’s the combination of the mental and physical activity that seems to hold the most benefit, no matter your age.

“Let’s put the two together and include the process of skill acquisition,” he said. “It sounds simple, but science isn’t always simple.”