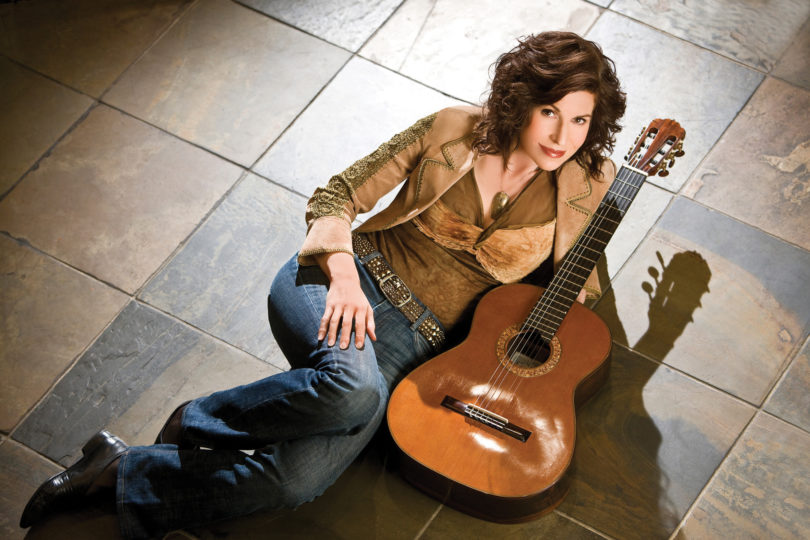 Isbin, a multiple Grammy Award winner, has been hailed by Boston Magazine as “the pre-eminent guitarist of our time.” She is the winner of Guitar Player magazine’s Best Classical Guitarist Award in addition to winning the Toronto and Madrid Queen Sofia competitions. Isbin is also the first guitarist ever to win the Munich International Music Competition.

Her “American Landscapes” CD was carried aboard the space shuttle Atlantis in 1995 and presented to Russian cosmonauts during a rendezvous with Mir. On Sept. 11, 2002, her performance for the memorial tribute at Ground Zero was televised live throughout the world. Isbin was also featured on the soundtrack of Martin Scorsese’s Oscar-winning film, “The Departed.”

Jordan began playing the guitar at age 11. In 1976, while still in high school, he performed with Quincy Jones and tied for first place as a soloist at the Reno International Jazz Festival. Jordan has now performed in more than 60 countries on six continents. He is a frequent guest at music festivals around the world, including the Kool Jazz Festival, the Concord Jazz Festival and the Montreux International Jazz Festival. Los Angeles Times jazz critic Leonard Feather wrote of the four-time Grammy nominee, “Genius is a word often tossed around in musical circles, but it has been rightfully applied to Stanley Jordan.”

In 1985, Lubambo came to the U.S. and brought a new sound in Brazilian jazz guitar. He has performed and recorded with such artists as Yo-Yo Ma, Kathleen Battle, Diane Krall, Herbie Mann, Wynton Marsalis, Grover Washington Jr., Harry Belafonte and many more. Jazziz magazine wrote, “Guitarist Romero Lubambo may be the best practitioner of his craft in the world today…his facility, creativity and energy are in a class all their own.”

The performance underwriters are Brad and Vera Tucker. The media sponsor is WUGA 91.7/97.9 FM.