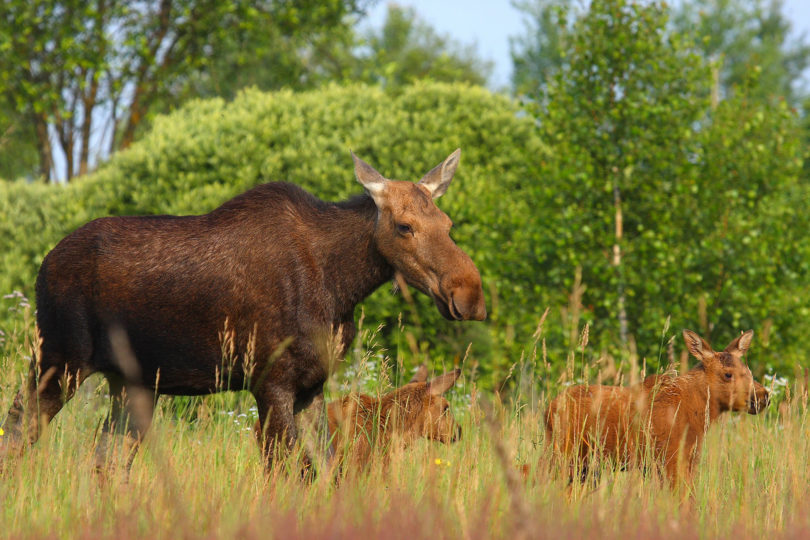 Aiken, S.C. – A team of international researchers, including James Beasley, assistant professor of wildlife ecology at the University of Georgia Savannah River Ecology Laboratory and the Warnell School Forestry and Natural Resources, has discovered abundant populations of wildlife at Chernobyl, the site of the 1986 nuclear accident that released radioactive particles into the environment and forced a massive evacuation of the human population.

In the current issue of the journal Current Biology, the researchers report the site looks more like a nature preserve than a disaster zone—abundant with moose, roe deer, wild boar and wolves—nearly 30 years after the world’s largest nuclear accident.

Previous studies in the 1,621-square-mile Chernobyl Exclusion Zone showed evidence of major radiation effects and significantly reduced populations of wildlife. For the first time since the Chernobyl accident, researchers have long-term census data that reveal thriving wildlife populations in the zone.

“Our data are a testament to the resiliency of wildlife when freed from direct human pressures such as habitat loss, fragmentation and persecution,” said Beasley, a co-author on the study. “The multi-year data clearly show that a multitude of wildlife species are abundant throughout the zone, regardless of the level of radiation contamination.”

“This doesn’t mean radiation is good for wildlife, just that the effects of human habitation, including hunting, farming and forestry, are a lot worse,” said Jim Smith, a professor of environmental science at the University of Portsmouth in the U.K. and the team’s coordinator.

The study results show that the number of moose, roe deer, red deer and wild boar living in the zone are similar to numbers in nearby uncontaminated nature reserves in the region.

The census data on wolves in the area indicate they are seven times greater in number than those living in the nearby reserves. Aerial census data collected from 1987-1996 reveal rising numbers of moose, roe deer and wild boar in the zone.

The study’s lead author, Tatiana Deryabina, a wildlife ecologist at Polessye State Radioecological Reserve in Belarus, has been “working, studying and taking photos of the wonderful wildlife in the Chernobyl area for over 20 years, and I am very pleased our work is reaching an international scientific audience.”

The study was funded by the National Environmental Research Council, Environmental Agency and Radioactive Waste Management Ltd. It is available online at http://www.cell.com/current-biology/fulltext/S0960-9822(15)00988-4.