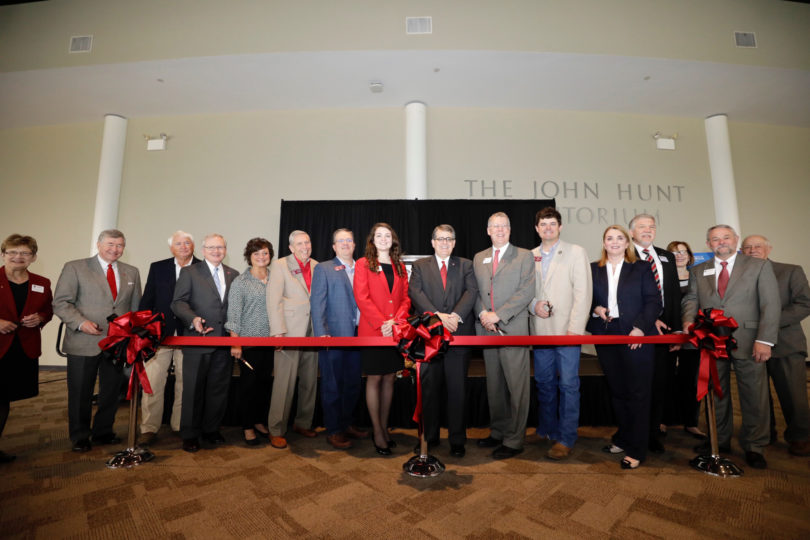 Members of the University of Georgia Tifton campus community took part in a rededication of the newly renovated Agricultural Research Building on Wednesday, April 4. The 80-year-old building was the second structure built on the UGA Tifton campus.

Renovations to the building include the addition of high-efficiency LED lighting, extensive fiber-optic cable and wireless internet capabilities. The building retains many of its original features, including the windows. 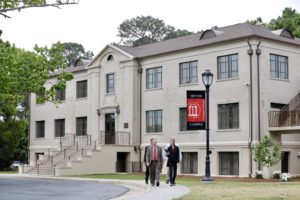 At the rededication, UGA President Jere W. Morehead highlighted UGA Tifton’s impact on the community and the important research enabled by the renovated building.

“This facility helps ensure that UGA faculty, staff and students have the space they need for our critical agricultural research and education programs,” Morehead said. “I would like to thank the state and the University System Board of Regents for their investment in this project, which ultimately is an investment in both the future of the UGA Tifton campus and the vitality of Georgia’s No. 1 industry.”

The Agricultural Research Building sits at the front of UGA Tifton, adjacent to the H.H. Tift Building, which was renovated in 2016. The 12,000-square-foot structure was originally completed in 1938. The college’s animal and dairy science department takes up the first two floors, and the first floor includes new laboratories. The third floor houses the entomology department.

“We are a campus that prides itself on groundbreaking research that impacts the world. Being able to renovate one of our original buildings will only enhance that research,” said Joe West, assistant dean for UGA Tifton. “We strive to make this community and the state of Georgia proud of who we are. We want the UGA Tifton campus to truly reflect the image of the University of Georgia. I feel like we’re accomplishing that.”

UGA Tifton will kick off its centennial celebration in August.

“As we prepare to celebrate the 100th anniversary of the founding of the Coastal Plain Experiment Station that is now a part of the comprehensive UGA Tifton campus, bringing this historic building back into use is a major milestone for us,” CAES Dean and Director Sam Pardue said. “From this campus we have produced some of the world’s leading research on peanut and turfgrass varieties and have applied the discoveries from our laboratories to solve problems in the region’s productive agricultural fields that are crucial to the state’s agricultural economy.”