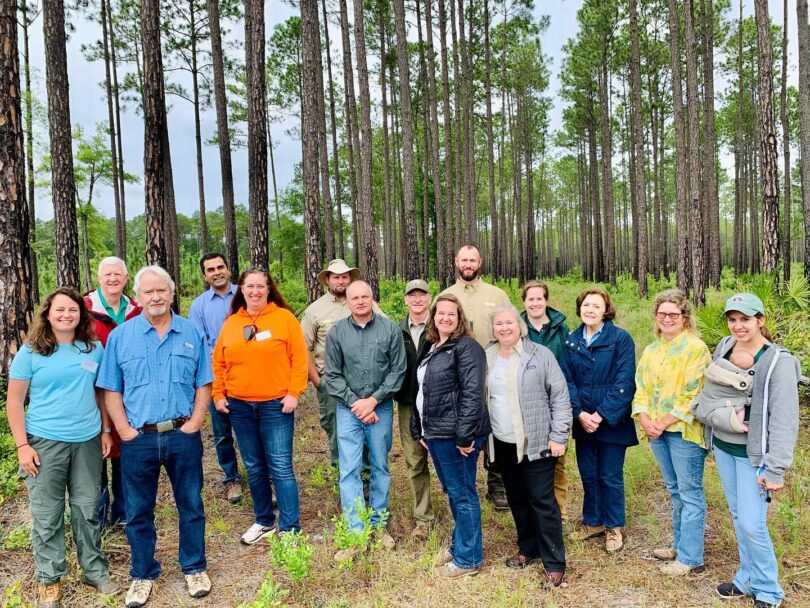 A group of attendees stand for a photo during a Woman Landowner Workshop event in Waycross, Georgia, earlier this year. (Photo courtesy Danielle Atkins)

It’s a story University of Georgia student Jacqueline Miner hears again and again: Women come to own forestland through a family member but don’t know what to do with it.

Selling the land is one option, but they know it might not be the best one—keeping forests as forests is a more sustainable solution. But because women often aren’t included in conversations about forestland management, they don’t know where to turn for resources or guidance when they become landowners.

This issue is especially pressing as a growing number of women are owning forestland in Georgia, the top forestry state in the country. The majority of forestland in the state is owned by families, and about 20% of these landowners are female—a percentage that will get even bigger in coming years due to changing demographics.

Establishing and promoting programs specifically for women interested in forestry, says Miner, can go a long way toward engaging a new generation of landowners and also in keeping America’s forests as forests.

“Often, their husband or their father was managing the land, and they didn’t have a plan written down, so the women who inherit this land are at a loss,” said Miner, whose new study published in PLOS ONE examines perceptions around female forest landowners and forest management in Georgia. “They want to do the land justice, but they don’t have the educational and networking resources that men have because forestry is so male-dominated and most of the existing resources serve mostly male clients.”

Miner, a master’s student at the UGA Warnell School of Forestry and Natural Resources, interviewed female forest landowners as well as stakeholders from government agencies and nonprofits to understand how they view opportunities and obstacles. As a result, many said education and outreach for women weren’t being addressed. 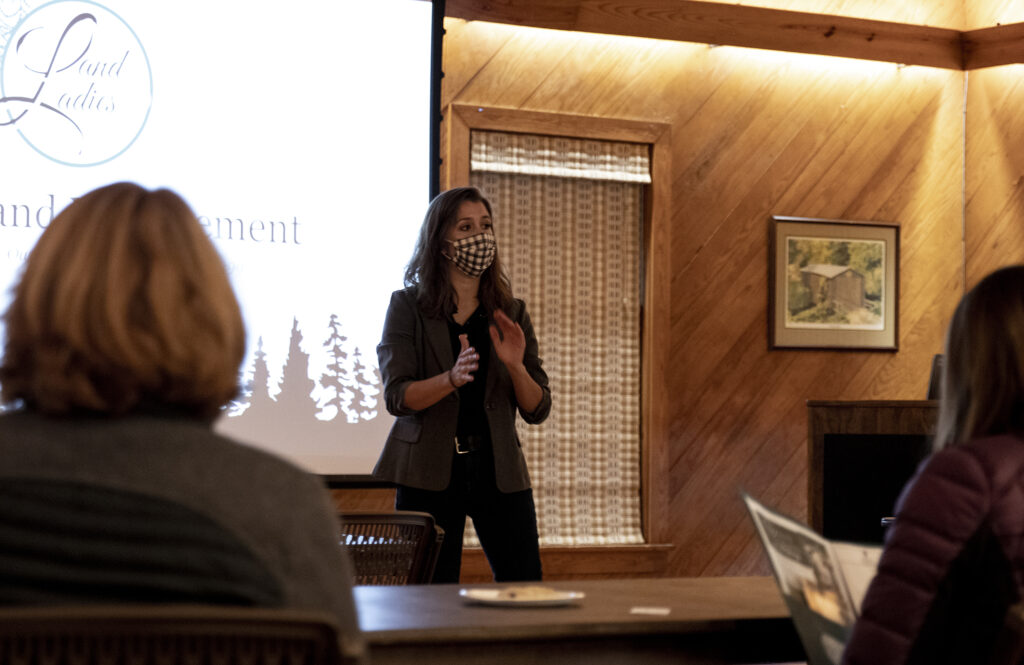 Despite these obstacles, women said they felt passionate about learning how to properly manage their forestlands.

“They all say, ‘I want to know. I want to know how to talk to these people,’” said Miner. For men, social and professional networks quickly connect them with others in the field who could answer a question—or, men are working with knowledge passed down from previous generations of men.

But as wives and daughters step into the landowner role, those contacts can be harder to come by.

“They all say, ‘I don’t even know the basics of forestry, but my desire is to know it and to be able to hold my own and not be taken advantage of when someone approaches me about my land,’” Miner added. “They have the desire to understand forestry because their dad did it or their husband did it, and they loved it so much. Or, they want to continue it for their kids or grandkids.”

Many of the women interviewed for the study took part in an ongoing series of workshops around Georgia co-sponsored by Warnell. Led by alumna Danielle Atkins, the Woman Landowner series of workshops and online classes bring women together to network, meet professionals in the field and learn the basics of land management or financial planning. For attendees, the experience was a game-changer.

“Being a woman landowner, I feel this workshop increased my confidence and knowledge about how to manage my forest better and it was a very empowering workshop,” said Gwen Lamb Stropoli, who attended a workshop earlier this year. “Everyone was so helpful and welcoming to offer further assistance to the new landowners at any time.”

Warnell associate professor Puneet Dwivedi said programs such as this are a small start in addressing the larger demand.

“I think investing in workshops tailored to the specific needs of female forest landowners would help a lot,” said Dwivedi, who advised Miner on the study. Educational videos geared toward women could also help reduce barriers to entry, he added, as well as additional research into the roles of gender in the forestry sector, which could inform existing policies and programs.

While previous studies have included female forest landowners in their analysis, this is the first time research has combined interviews with ranking data to paint a detailed picture of the gaps and opportunities in Georgia. As the population ages and more women outlive men, Dwivedi said, female landowners must understand how to manage forestland.

Miner said this is why it’s imperative that agencies and organizations understand the gaps that exist in programming. Events and outreach designed for women can go a long way toward filling those gaps.

“If we’re able to have educational opportunities that are specifically catered to women, then if a woman buys or inherits land, she knows where to go to get information,” Miner said. “I hope people understand that a disconnect does exist, and we can work together to ensure the sustainability of forestlands in Georgia and beyond.”