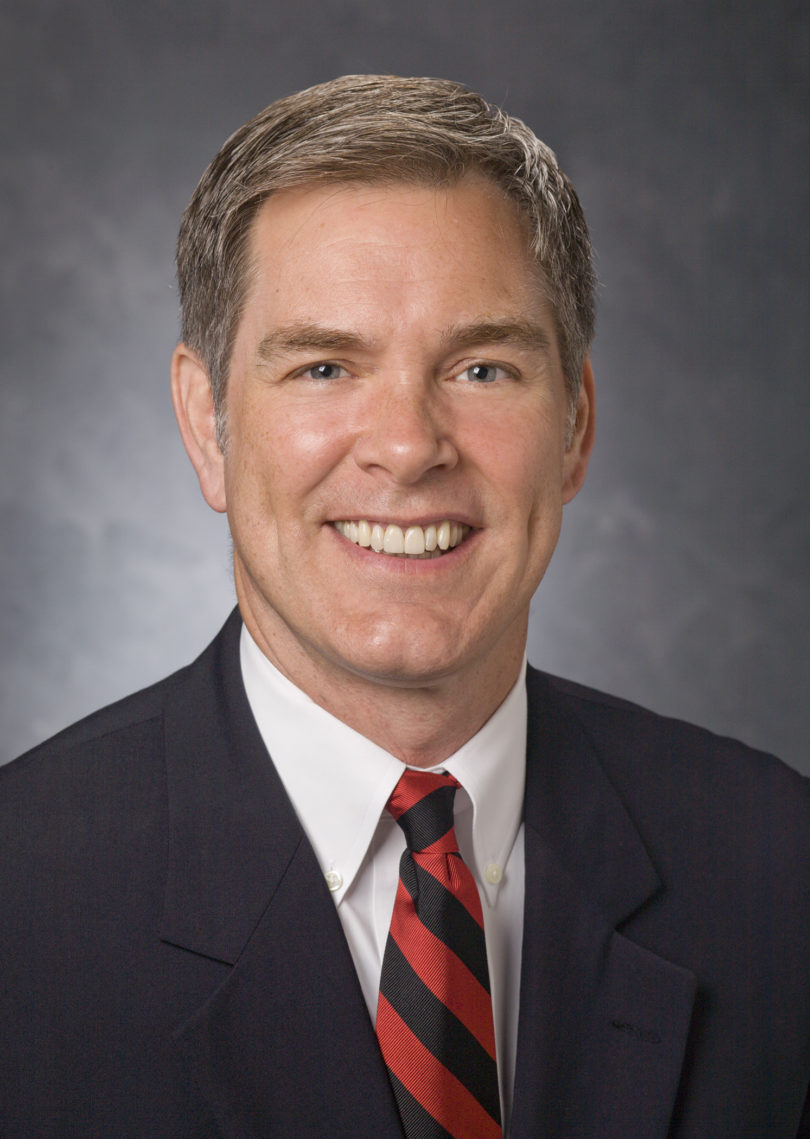 Athens, Ga. – Tom Reichert, head of the advertising and public relations department in the University of Georgia Grady College of Journalism and Mass Communication, has been named the inaugural UGA Athletic Association Professor in Advertising Information. The professorship supports the academic mission of the university and recognizes Reichert for his contributions to the field.

Reichert has been teaching, researching and writing about advertising since 1993, and his research interests include advertising and mass communication content and effects. He has written or edited seven books about major issues and concerns regarding the uses and effects of advertising on professional practice and culture.

“Tom Reichert leads daily by rolling up his sleeves and working hard,” said Charles Davis, dean of the Grady College. “He embodies the work ethic of his faculty, and by doing so, he strengthens Grady College. The Athletic Association professorship is an ideal way to honor Tom’s many contributions to UGA.”

The UGA Athletic Association has funded professorships since May 2006 as a demonstration of its commitment to academics.