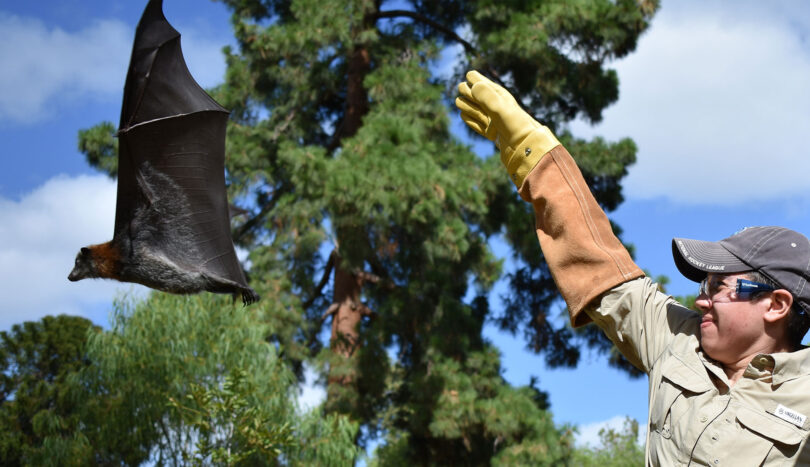 Exposure to toxic pollutants associated with human activities may be influencing the spread of infectious diseases in wildlife, according to a new study from the University of Georgia. The findings, just published in the Royal Society journal Biology Letters, have implications for both human health and wildlife conservation.

Researchers led by Cecilia Sánchez, a postdoctoral associate in the Odum School of Ecology, built a mathematical model to explore how toxic substances affect wildlife health and mobility, and how those effects in turn influence wildlife populations and the risk of disease spillover to humans. 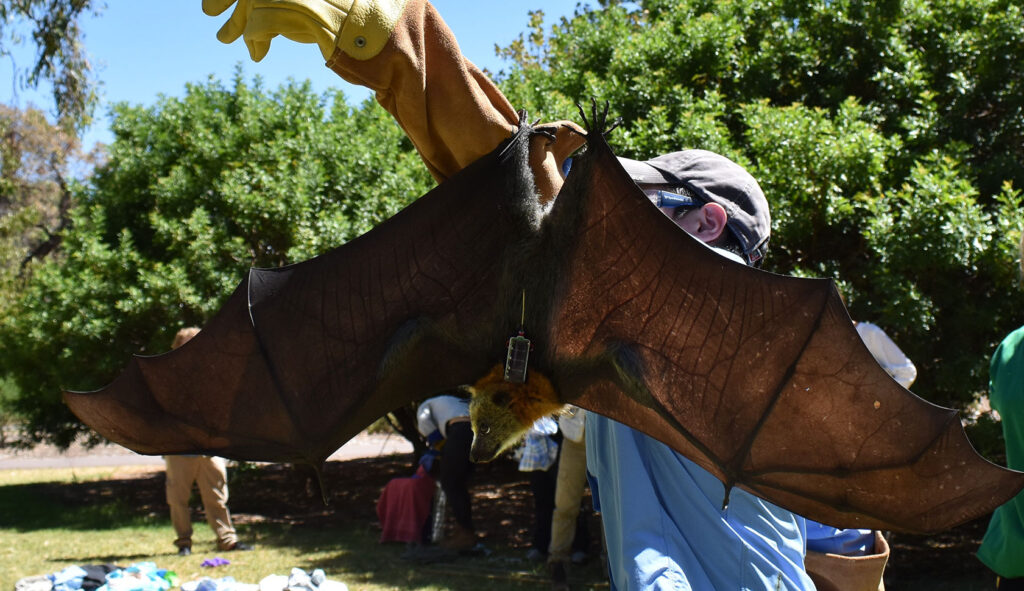 “We found that while exposure to infectious agents or contaminants on their own might not have large effects on wildlife populations, the combination of the two can be greater than the sum of the parts,” said senior author Richard Hall, a faculty member in the Odum School and College of Veterinary Medicine. “And further, when we start to see wildlife population declines under landscape modification, that could actually be a precursor to increased risk of zoonotic spillover, the chance that these pathogens transmit from wildlife into domestic animals and people.”

Human activities like urban, industrial and agricultural development are increasingly altering landscapes across the globe. Among their impacts is the introduction of toxic pollutants including heavy metals and pesticides.

At the same time, these human-altered landscapes often attract wildlife—think of food sources like bird feeders, unsecured dumpsters and farm fields. This not only exposes wildlife to toxic substances, it also exposes people to wildlife and any diseases they may be carrying.

To understand how all these factors interact, the researchers created a mathematical model based on flying foxes infected by a virus. In Australia, several species of these fruit-eating bats have moved into urban areas in growing numbers, attracted by fruiting and flowering trees planted in gardens and parks and in response to the loss of native forest habitat. They are also known to carry viruses harmful to domesticated animals and humans. 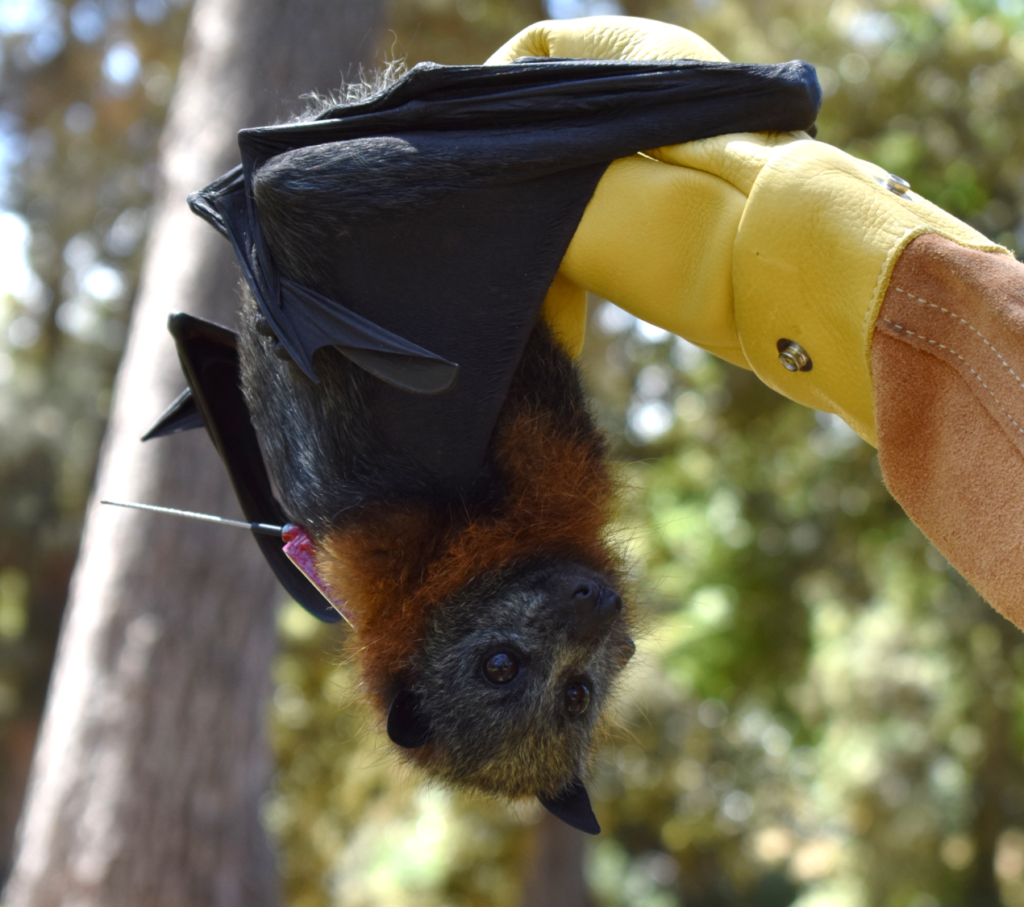 A bat hangs upside down with a transmitter attached. (Photo by Michelle Power)

For their model, Sánchez and her colleagues simulated a series of landscapes with varying proportions of contaminated versus pristine habitat.

For each of the landscapes and scenarios, they started off with a population of 50,000 animals, of which 100 were infected, and ran the model for the equivalent of 50 years. They then noted the resulting wildlife population size, level of infection and risk of spillover to humans.

The results were sometimes surprising.

One unexpected finding was that when there was only little contaminated habitat, the overall wildlife population size remained robust and even increased.

Sánchez explained that in this situation, the contaminated habitat could be acting as a trap for the pathogen. Sick animals that move in to those locations might die there because of the combined effects of contaminants and infection.

When wildlife comes into areas where there are lots of domestic animals and humans, that sets the stage for the potential for cross-species transmission.” — Richard Hall

“We found that if toxicant-contaminated habitats trap animals in those areas by reducing movement capacity, that can help reduce infection prevalence in the overall population by not allowing sick animals to return to pristine habitats to seed infections there,” she said.

When contaminated habitats predominated the landscape, however, the combination of toxicants and infection impacted a much larger number of animals, leading to wildlife population declines.

Increasing the percentage of contaminated habitat also affected spillover risk, which reached its peak when roughly half the landscape was contaminated.

“When wildlife comes into areas where there are lots of domestic animals and humans, that sets the stage for the potential for cross-species transmission,” said Hall. “And that can be exacerbated where those areas are toxicant-contaminated. So if we want to reduce spillover risk and reduce negative effects on wildlife, this really points to the importance of restoring pristine or native habitats for these species.”

“Because different stressors like pathogens and contaminants can interact in surprising ways, our study highlights the need for on-the-ground monitoring studies that can track how these interactions play out in real-world wildlife populations,” she said.

The research was supported by the ARCS Foundation and the National Science Foundation.