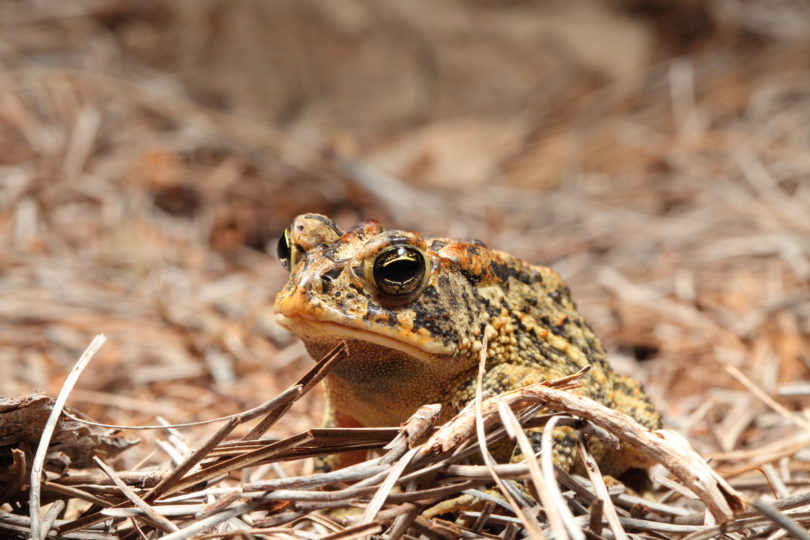 A recent study conducted by University of Georgia researchers reports amphibians can develop a tolerance to toxic environmental contaminants.

Published in a special edition of the journal Aquatic Toxicology, the study’s findings indicate that this tolerance to a specific contaminant develops after previous generations are chronically exposed to the contaminant.

According the International Union for Conservation of Nature, 40 percent of the world’s amphibian populations are threatened with extinction. This includes toads, frogs, salamanders and newts.

R. Wesley Flynn, a recent doctoral graduate of the Odum School of Ecology and the Savannah River Ecology Laboratory, said depleted or polluted viable habitat caused by human activity is the primary cause.

Currently a postdoctoral fellow at Purdue University, Flynn was the lead investigator on the study. Amphibians are extremely susceptible to environmental contaminants in wetlands, their breeding ground, he said. Yet some populations manage to survive.

“In the field of toxicology, it is often assumed that species and populations are static, unchanging entities, but we know more and more that some wildlife can evolve rapidly,” said Flynn, who worked under the supervision of SREL research scientist Stacey Lance. “We’ve seen a lot of variation in how tolerant amphibians are to contaminants, so we decided to evaluate whether that variation was associated with the presence of contaminants on the landscape.”

Flynn compared the tolerance of tadpoles that were offspring from Southern toads captured in different wetlands in a restricted-access site in South Carolina.

Inside the lab, the team exposed the offspring to copper to measure their tolerance.

“We found that offspring from the contaminated wetlands were more tolerant to copper, but the offspring from the wetland with the higher levels of copper had the highest tolerance by far. Since that wetland has been there for only 20 years, this indicates that not only can amphibians adapt to a specific metal based on exposure, but that this adaptation can be rather rapid—within 10 generations.”

Lance is confident that the increased rate of survivorship is due to a developed tolerance to the copper in the wetland. The researchers said that their findings don’t suggest that an amphibian’s adaptation to a metal contaminant eliminates the risks associated with metals. Adaptation can come at a cost to growth, development and the ability to respond to changes in the environment.

The study is available online.