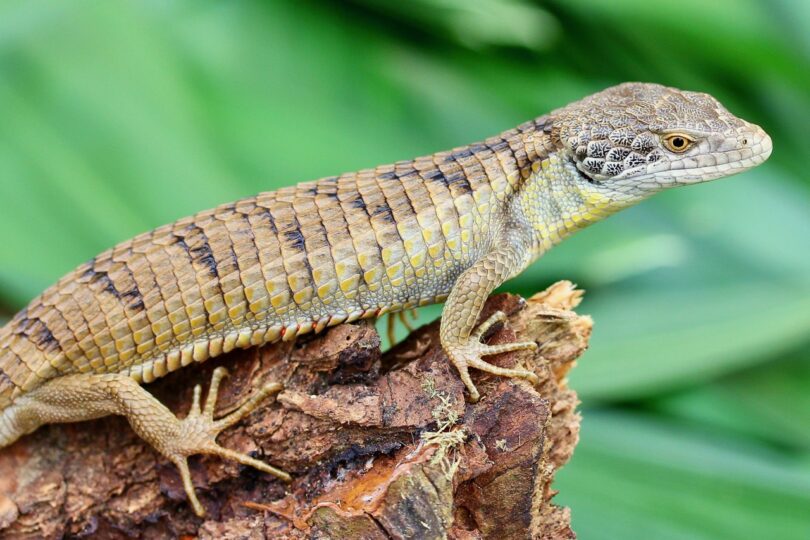 Living above the clouds, the endangered lizard is a point of pride for locals

As soon as Adam Clause saw the photo, he knew he was looking at something special.

In it stood a lizard with a subtle stripe of yellow-orange spots down its sides, dark brown mixing with tan along its back, and smooth, spotted scales across its head. Clause, who was finishing his University of Georgia doctoral dissertation on this group of Mexican and Central American lizards, had never seen one like this before.

“I knew instantly that it was something unusual. It was a very exciting moment,” said Clause, who received the photo in his inbox in 2017. That first image, taken by Mexican entomologist Eduardo Rafael Chamé-Vázquez, led Clause on a multiyear journey to describe this new species of tree-dwelling lizard.

The findings, which follow hundreds of hours of searching through a remote Mexican cloud forest, are published this month in the journal Herpetologica. Co-authors on the study are Roberto Luna-Reyes, a biologist with the Secretaría de Medio Ambiente e Historia Natural, and Adrián Nieto-Montes de Oca, a renowned reptile and amphibian scientist at the Universidad Nacional Autónoma de México. 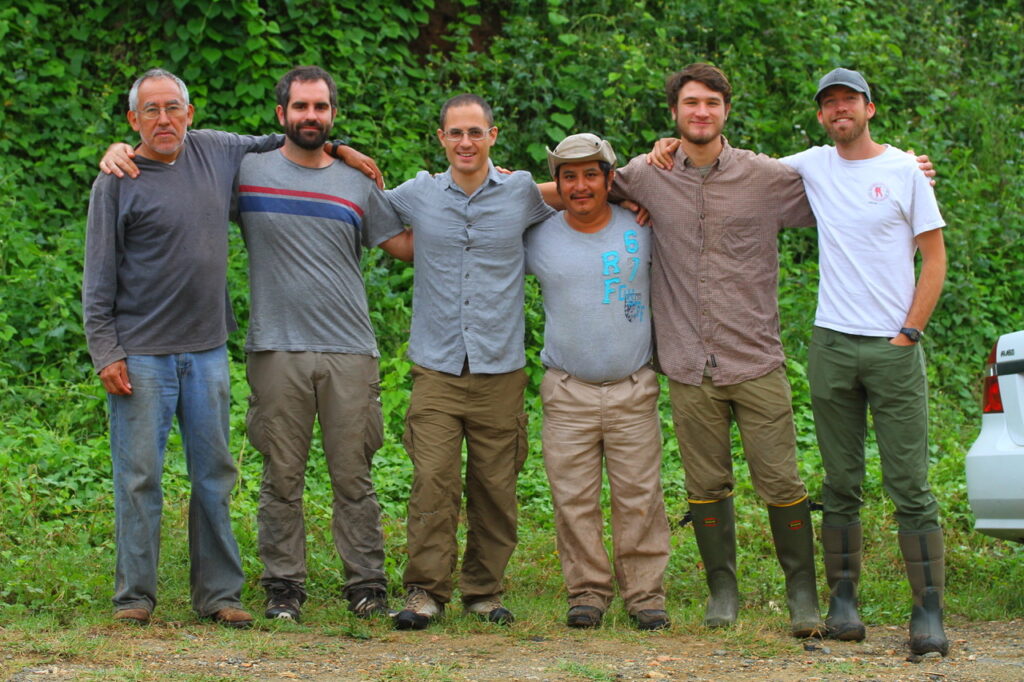 Named Abronia morenica, the lizard is part of the “alligator lizard” family, and it is the 30th known species in its genus. They are about 8 to 10 inches long from their head to the tip of their tail and live their entire lives in trees. Their tail is long and can be wrapped around branches, making the lizards especially good climbers.

Once he saw the picture, Clause knew the next step was to get to Mexico to document the discovery. With help from his Ph.D. advisor John Maerz, a professor in the UGA Warnell School of Forestry and Natural Resources, Clause secured generous expedition funding from several grants, including a Joshua Laerm Grant from the Georgia Museum of Natural History. Support in hand, the international team set out to find as many of the new lizards as they could.

Luck is a factor

“It’s hard, and that’s one reason why it took so long for scientists to learn these lizards even existed,” said Clause, who received his Ph.D. from the Warnell School of Forestry and Natural Resources in 2018 as a member of the Integrative Conservation program. He is now working as a postdoctoral researcher at the Natural History Museum of Los Angeles County. “When you go out to look for them, luck is a big factor. These lizards are so mysterious, it is a thrill to spot just one individual, much less an entirely new species.” 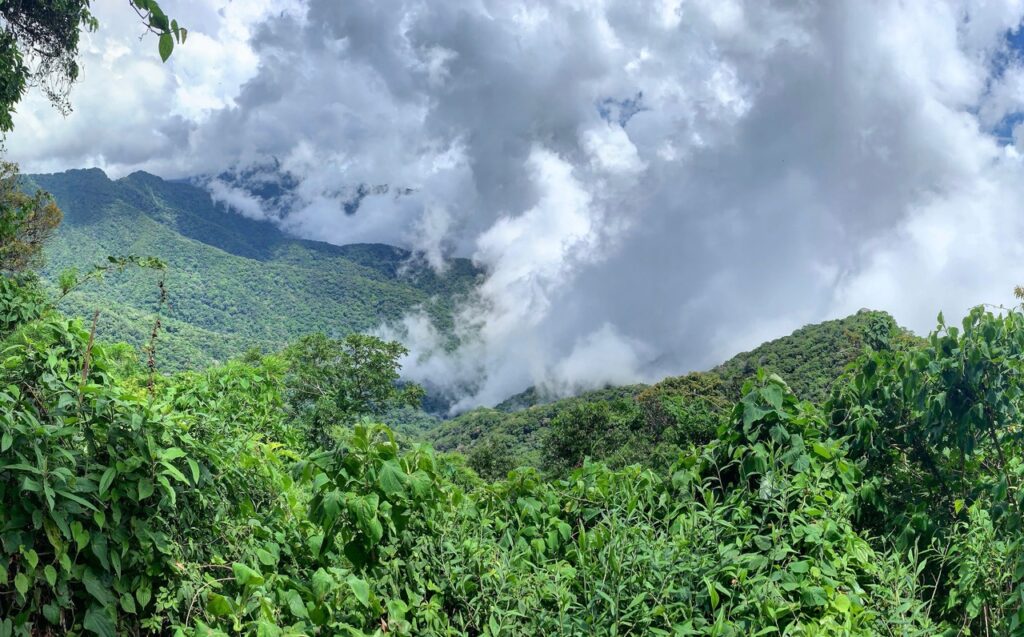 If the team found one lizard a day, he said, that was a good day. In eight long days of searching, they saw just eight lizards.

“It’s a huge group effort. At one point, there were two people dangling almost upside down over 30 feet high in a tree, while folks on the ground passed them poles to snag that particular lizard.” Four Warnell undergraduate students or recent alumni participated in the field surveys, joined by scientists from Mexico and Spain and many local biological monitors.

The lizard’s formal name, Abronia morenica, pays homage to the unusual brown coloring on the adult males (moreno, in Spanish, often means brown skinned) as well as the nearby town that supported the scientists in the discovery, Sierra Morena. 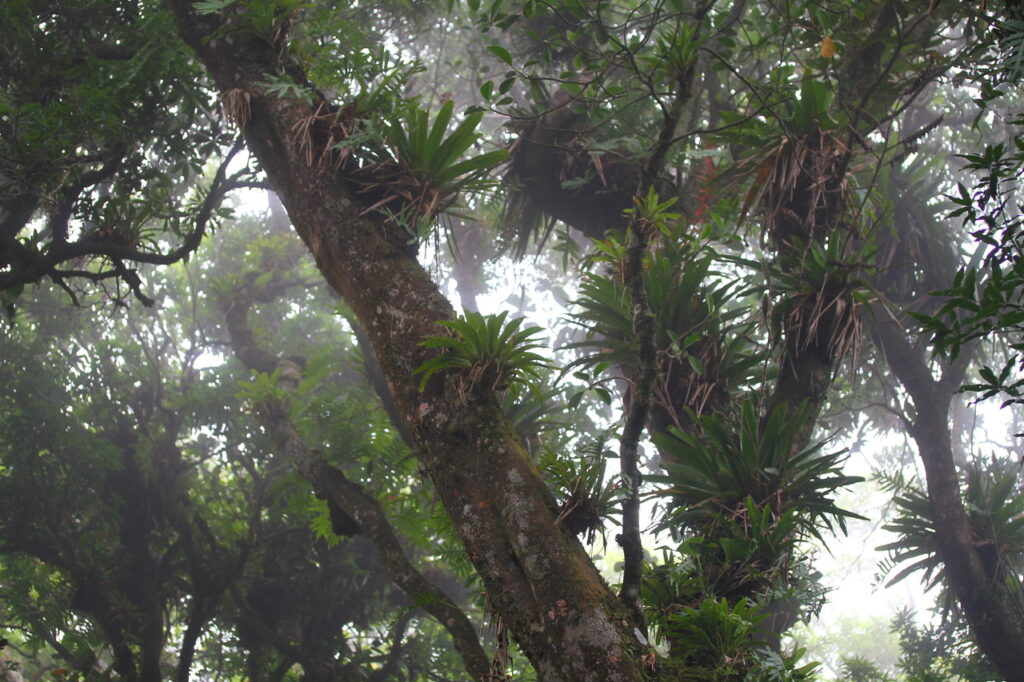 The local community was instrumental in the project’s success, added Clause. The lizards live in a protected area called the La Sepultura Biosphere Reserve, and nearby residents have worked for years with government managers to protect the reserve’s biodiversity. Guides from Sierra Morena were essential in helping to find lizards. Through the locals’ care for the animals and the forest, Clause hopes the discovery of this new lizard can be a boost to the town’s burgeoning ecotourism activity—once the threat of COVID-19 has passed.

“It’s this prehistoric, otherworldly forest. You are walking through swirls of dense mist from passing clouds, and the trees are dripping with bromeliads and ferns and orchids,” Clause said. The lizard is part of a remarkable collection of iconic animals that live in these isolated forests, such as jaguars, spider monkeys, and birds like the resplendent quetzal and horned guan. “We’re proud to add this lizard to that list and highlight the wonderful job the community of Sierra Morena is doing to steward the forest. Our big goal is to help them develop economically sustainable ways to continue to protect it.”

Due partly to its tiny known range, the researchers recommend that the new species be categorized as endangered on the Red List of Threatened Species maintained by the International Union for the Conservation of Nature, a list that ranks the imperilment of plants and animals around the world. Among other threats to their long-term survival, living at the top of a mountain makes these lizards particularly vulnerable to climate change.

But with concerned neighbors and the protections that come from the government reserve, Clause is optimistic. And, he added, the discovery shows how little we know about our natural world—especially in areas where humans rarely tread.

“We have so much left to learn about the species living in these frontiers of exploration, like the forest canopy,” he said. “We can leverage new discoveries like this to create support for larger conservation initiatives that can ultimately help both people and wildlife. It’s not just about this species—it’s what the species means to the community. For them, it’s a source of great pride, and they want to do their part to protect it. That is inspiring, and gives us all great hope for the future of this biodiversity hotspot.”