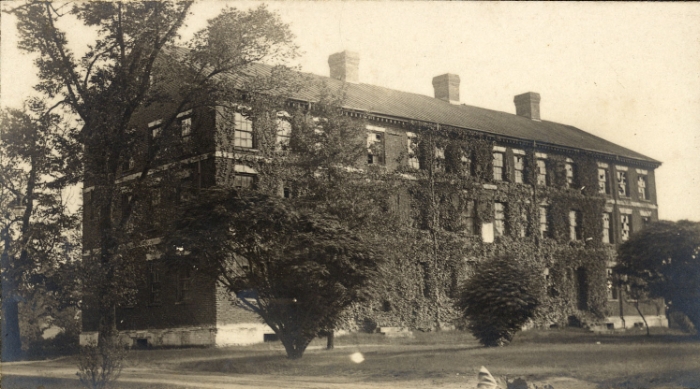 Here are the official enrollment numbers by college, school or institute for the last five years: 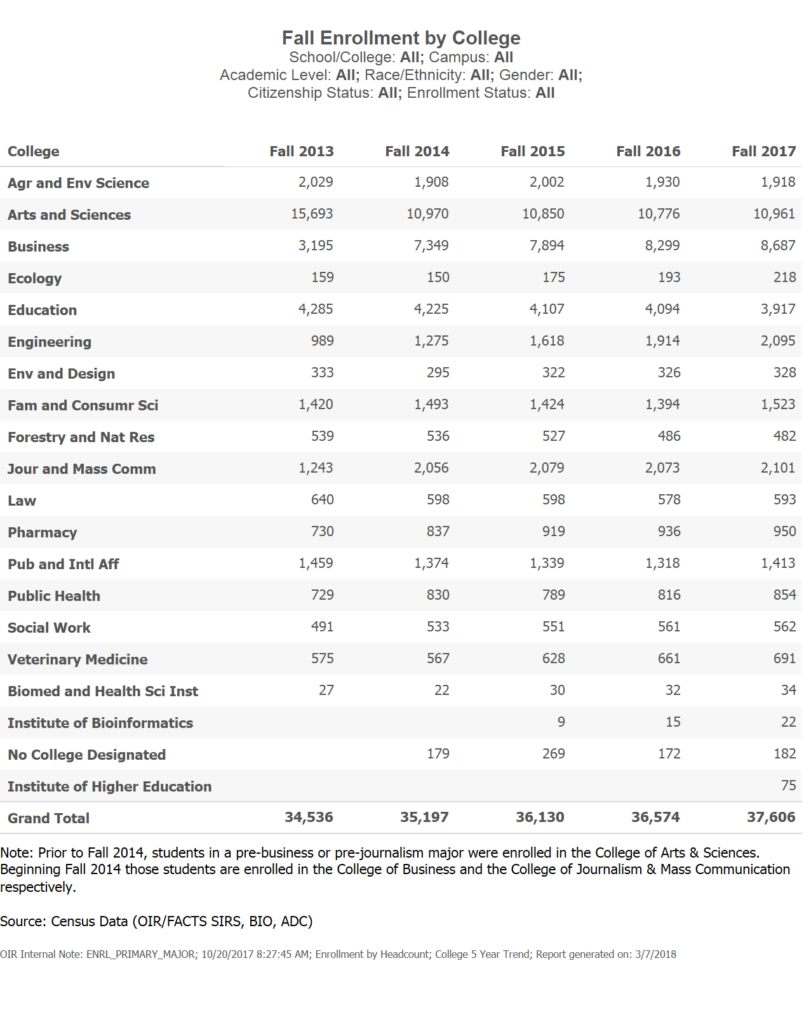 The largest — Franklin College of Arts and Sciences — also happens to be the oldest. The first classes were taught in 1801 in a forest clearing on what is now the university’s historic North Campus. In 1806, the first permanent brick building was constructed on campus and named Franklin College in honor of Benjamin Franklin.

The building, which was later renamed Old College, is the oldest structure in Athens and houses the administrative offices of the Franklin College as well as classroom space.