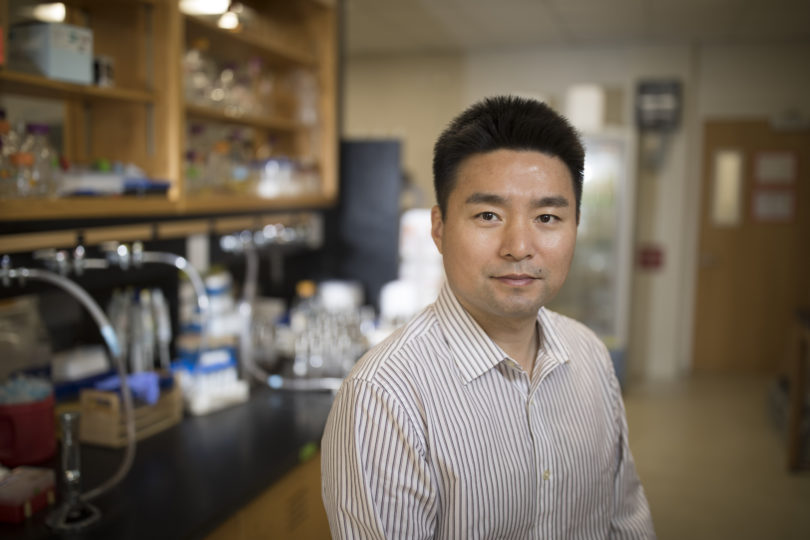 Researchers in the University of Georgia College of Engineering have developed a new genetic “smart circuit” that could signal an important advance in the field of metabolic engineering. They outline their findings in a study published this month in the journal Nature Communications.

Scientists use metabolic engineering to rewire the metabolism of microorganisms and turn them into efficient machines optimized to perform specific tasks. Genetically engineered bacteria can produce valuable chemicals for a variety of applications in research, biomedicine and industry.

While scientists have explored a variety of methods for regulating cellular metabolism for decades, making cells into efficient factories is a challenging task. Cells have robust metabolic networks with hard-wired, tightly regulated lines of communication that resist efforts to divert resources.

“Cells are not happy when they are regulated,” said Yajun Yan, an associate professor in the College of Engineering and one of the study’s authors. “They will produce only what’s necessary for their growth. Our method tells the cell to switch from growth mode to production mode.”

Inspired by natural processes, the UGA scientists used a genetic toolkit to build a metabolic sensor and control network that works in real time to regulate a cell’s production of a certain biochemical. Specifically, the researchers reprogrammed the regulatory network of E. coli to increase the bacteria’s production of muconic acid. The acid is a potential precursor in the production of nylon 66, commonly used in textiles and plastics.

The study’s co-first authors are Yaping Yang, a postdoctoral research assistant in Yan’s laboratory, and Yuheng Lin, the chief technology officer of BiotecEra, Inc. Lin and Yan are co-founders of the biotechnology company housed in UGA’s Innovation Gateway Incubator.

“Our dynamic regulatory network is a novel manipulation strategy,” said Yang. “Up to now, many sensor-regulators have been identified, characterized and demonstrated but these more basic approaches have not found broad applications in biotechnology research and development. The new design of our dynamic control network can be broadly applied to these sensor-regulators to improve various chemical production in microbes.”

The researchers say they next step in their work is to test the function of their metabolic smart network on a large scale.