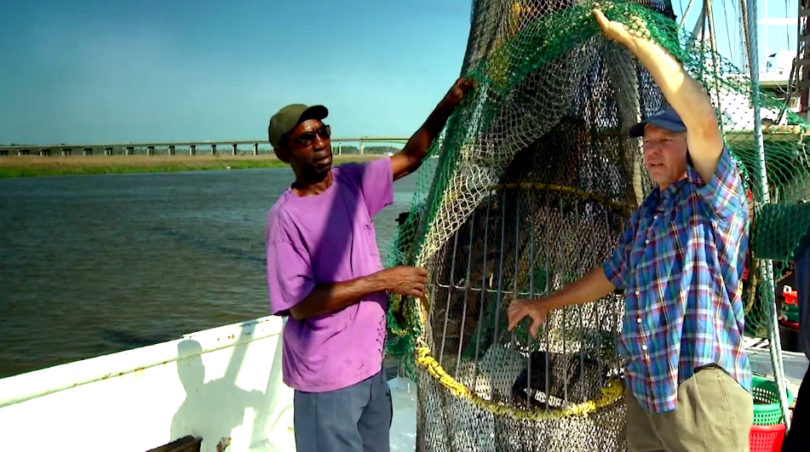 The National Oceanic and Atmospheric Administration has approved the Boone Big Boy turtle excluder device, or TED, and the Boone Wedge Cut escape opening for use in the national shrimp fishery. MAREX tested the Big Boy TED against the industry standard during 44 two-hour trawls, which were funded by NOAA and Georgia Sea Grant. The new device reduced overall bycatch biomass by 46.6 percent.

Since 1970, the Marine Extension Service has collaborated with fishermen to protect coastal resources and sustain local livelihoods. All legal TEDs have been ocean-tested aboard UGA’s Brunswick-based research vessel, the R/V Georgia Bulldog.

“The federal certification of this TED is a huge victory for both shrimpers and conservationists,” said Lisa Liguori, the MAREX associate director in Brunswick.

In the past, some shrimpers raised concerns that decreasing a TED’s bar spacing to two inches would mean a reduction in catch, since organisms must fit through the bars of the TED grid to be captured.

“This TED was created by a shrimper with a brilliant mind for underwater engineering,” Liguori said. “In our study, we saw a dramatic reduction in bycatch, and this TED did not lose shrimp. It actually caught slightly more.”

In the U.S., all shrimpers must use turtle excluder devices in trawl nets. The Big Boy TED offers shrimpers an option that could result in fuel savings, less wear and tear on gear, less time and energy sorting the catch and a better quality product.

The Big Boy TED is made in Darien by the Boone family. “Our TED has the very largest escape hole for turtles,” said Sinkey Boone’s son Howell Boone, “and it gives you an extra bonus by reducing bycatch. In the ocean, everything feeds on everything else. If you throw off the balance, you can’t repair it. This TED gives the ocean the chance it’s been needing.”

UGA Marine Extension Service
The Marine Extension Service is a public service and outreach unit serving the Georgia coast to increase efficiency of existing marine industries, identify new industries that do not harm the environment and increase public awareness and understanding of coastal ecosystems. Georgia Sea Grant is part of a national program within NOAA that channels funds into colleges, universities and research institutes throughout Georgia to support coastal research, education and outreach. The University of Georgia is a land- and sea-grant institution.