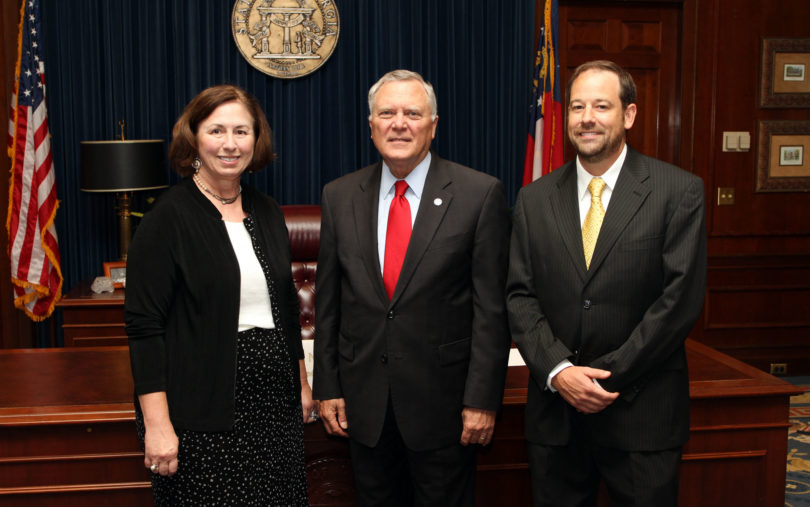 “The Georgia Historical Records Advisory Board promotes the educational use of Georgia’s documentary heritage by all its citizens,” Graham said, and “evaluates and improves the condition of records, encourages statewide planning for preservation and access to Georgia’s historical records and advises the Secretary of State and the Georgia Archives on issues concerning records.”

The Georgia General Assembly created GHRAB in 1993. Operations are funded through annual appropriations of the Georgia General Assembly and through the National Historical Publications and Records Commission. The board also administers grant programs for the preservation of historical records and an awards program that recognizes outstanding efforts in archives and records work in Georgia.

Vogt joined the libraries in 1974, the year the Richard B. Russell Foundation opened a library on campus to house Russell’s papers and memorabilia collected from 38 years in the U.S. Senate and a half-century in public service.

Currently, Vogt is president of the Association of Centers for the Study of Congress, a fellow of the Society of American Archivists and a member of the Academy of Certified Archivists. She also serves on the Advisory Committee on the Records of Congress. She holds a bachelor’s degree, two master’s degrees and an education specialist degree from the University of Georgia.