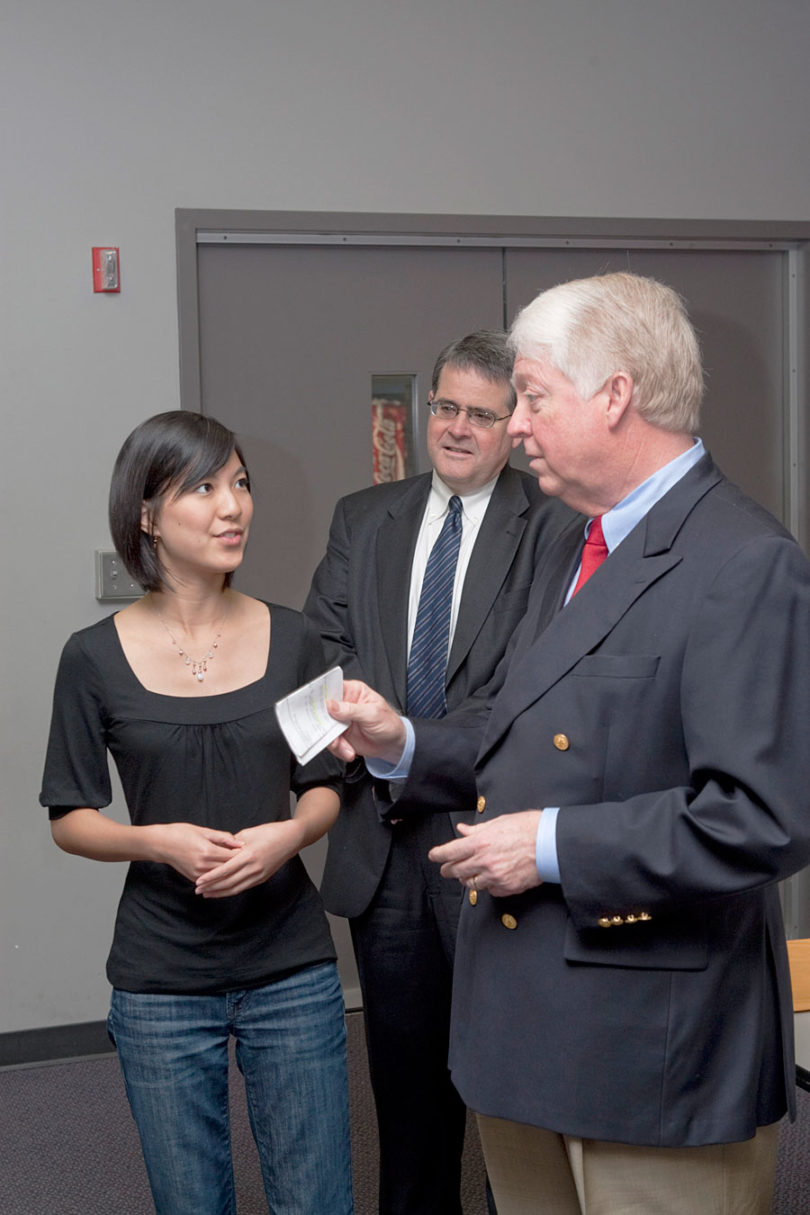 “Tracy and Yasmin’s recognition as Truman Scholars reflects UGA’s continued success in this and other national academic scholarship competitions,” said UGA President Michael F. Adams. “It also speaks to the strength of our academic programs and faculty as well as the overall quality of the student body. The Truman Scholarship’s focus on public service echoes UGA’s historic role as a land-grant university and our mission to serve people, both in Georgia and around the world. I am very proud of Tracy and Yasmin and am confident that they will represent UGA with distinction.”

Yang and Yonis, who are students in UGA’s Honors Program, are among 60 Truman Scholars selected from an applicant pool of 576 candidates and the only two recipients from the state of Georgia. They are the 16th and 17th UGA recipients of the scholarship since 1982, the first year UGA students won the award.

The scholarships, worth up to $30,000 for graduate study, are administered through the Harry S. Truman Scholarship Foundation, which was created in 1975 by the U.S. Congress.

“It has been a pleasure over the past three years to get to know Tracy and Yasmin, and watch them grow as scholars and leaders,” said David S. Williams, director of UGA’s Honors Program and UGA’s faculty representative for the Truman Scholarship. “They are truly outstanding individuals, and I expect great things from both of them.”

Yang, who is also a recipient of UGA’s Foundation Fellowship, has served in several leadership roles with UGA’s chapter of the Roosevelt Institution, a national student-run think tank. With her interests in health disparities and improving public health, Yang is currently interning with the OneAthens Health Team, part of a community-based initiative to address poverty issues in Athens.

Yang will participate in a public health and emergency preparedness internship this summer with the Greater New York Hospital Association through UGA’s Honors Internship Programs. She is one of only two UGA students to be selected for this internship.

Yang serves as a mentor for a local elementary student through the Clarke County Mentor Program. She also recruits UGA students to serve as mentors in her role as a board member for the Forever Young Campaign, a UGA student group.

After earning her UGA degree, Yang plans to enter an MPH/MD program and pursue a career as a physician policymaker or health program administrator.

Yonis currently serves as opinions editor of The Red & Black student newspaper. Born in Somalia, she and her family came to the U.S. when she was 3 years old as refugees from civil war.

Yonis will participate as a law fellow—one of only 10 selected nationally—in the University of California’s 2010 Public Policy and International Affairs Junior Summer Institute.

After graduating from UGA, Yonis plans to pursue a master’s degree in public affairs and a law degree, focusing on a career in human rights law and policy in the U.S. and African nations.