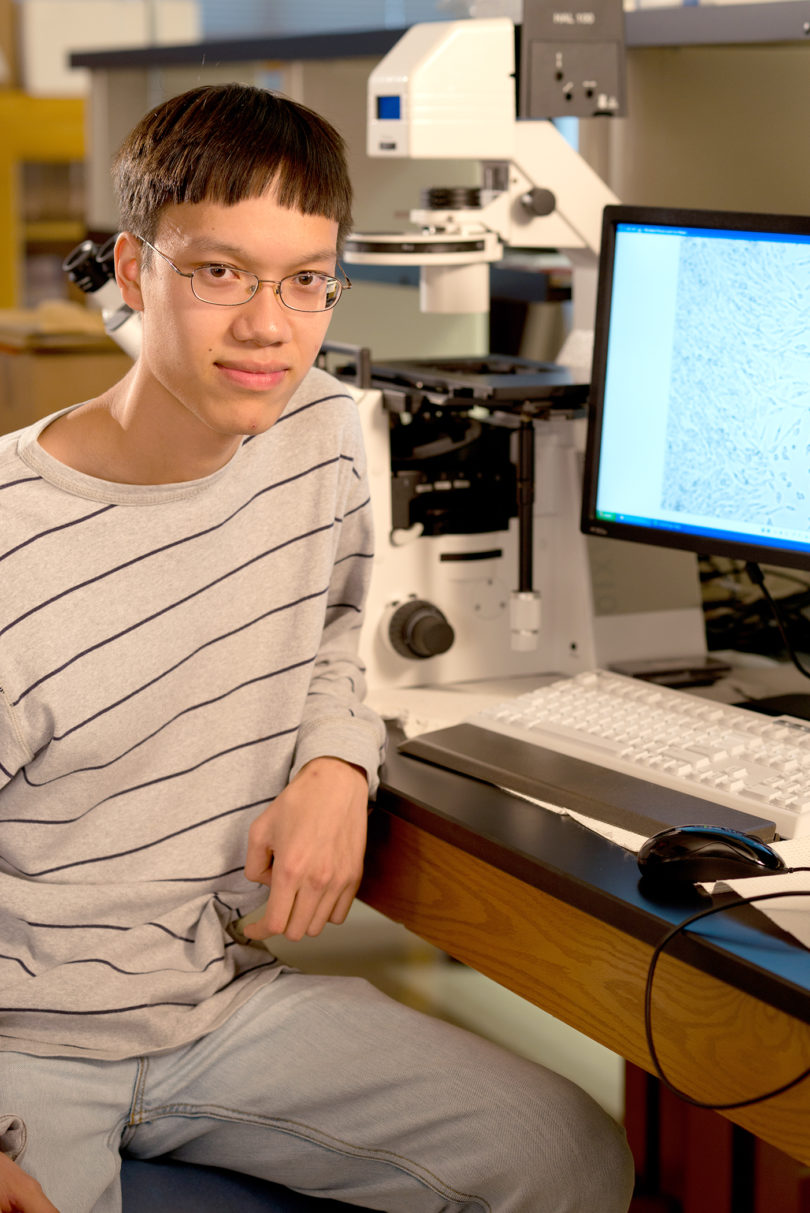 “I am very pleased that UGA is adding two more Goldwater Scholars to the recent and impressive roster of our students who have been recognized for their success in the important fields of engineering, mathematics and the natural sciences,” said UGA President Jere W. Morehead. “Such recognition is also a tribute to the faculty and staff in the Honors Program, whose work challenges and supports these very good students. I know that Tuan and Amy have bright futures ahead of them and I offer them my congratulations.”

Nguyen is a junior from Douglasville majoring in biochemistry and molecular biology as well as mathematics in UGA’s Franklin College of Arts and Sciences. He plans to pursue a combined M.D./Ph.D. degree with the ultimate goal of improving cancer diagnostics and treatment.

Webster is a  junior from Kennesaw majoring in genetics and mathematics in the Franklin College. She plans to pursue a doctorate in genetics with the goal of studying the processes that regulate gene expression while also teaching at the university level and promoting scientific literacy.

“I am so happy for both Amy and Tuan, who are most deserving of this recognition,” said David S. Williams, associate provost and director of the Honors Program. “While each deserves credit on their own, their success speaks to the importance of being able to begin significant faculty-mentored undergraduate research through CURO from their first days on campus. This has led them to be able to take full advantage of opportunities both on and beyond campus.”

He conducts research in the lab of assistant professor Natarajan Kannan, with whom he has co-authored two articles that have been submitted to peer-reviewed journals. He is a member of the UGA Chapter of the International Genetically Engineered Machine Foundation and has volunteered at Clarke Middle School in Athens through the group. He is a volunteer tutor through the UGA Division of Academic Enhancement and tutors middle school students through UGA MATHCOUNTS.

Webster has conducted research with UGA Distinguished Research Professor Kelly Dawe and will present her findings at the 2014 UGA CURO Research Symposium. In addition, she worked in the lab of genetics professor Daniel Promislow and has submitted her research findings for publication in a peer-reviewed journal. She also participated in the Summer Undergraduate Research Experience at Emory University.

She is a head coach for UGA MATHCOUNTS and a research editor for the Journal of Young Investigators. She also is active in the Genetics Student Organization, the Navigators Student Ministry and has been involved with University Chorus and Women’s Intramural Basketball.

The Barry Goldwater Scholarship and Excellence in Education Program was established by Congress in 1986 to honor Senator Barry M. Goldwater, who served his country for 56 years as a soldier and statesman, including 30 years of service in the U.S. Senate. It was designed to foster and encourage outstanding students to pursue careers in the fields of mathematics, the natural sciences and engineering, and the Goldwater Scholarship is the premier undergraduate award of its type in these fields.

The 2014 Goldwater Scholars were selected on the basis of academic merit from a field of 1,166 students who were nominated by the faculties of colleges and universities nationwide. The one- and two-year scholarships will cover the cost of tuition, fees, books and room and board up to a maximum of $7,500 per year.

For more information on the Goldwater Scholarship, see http://www.act.org/goldwater.