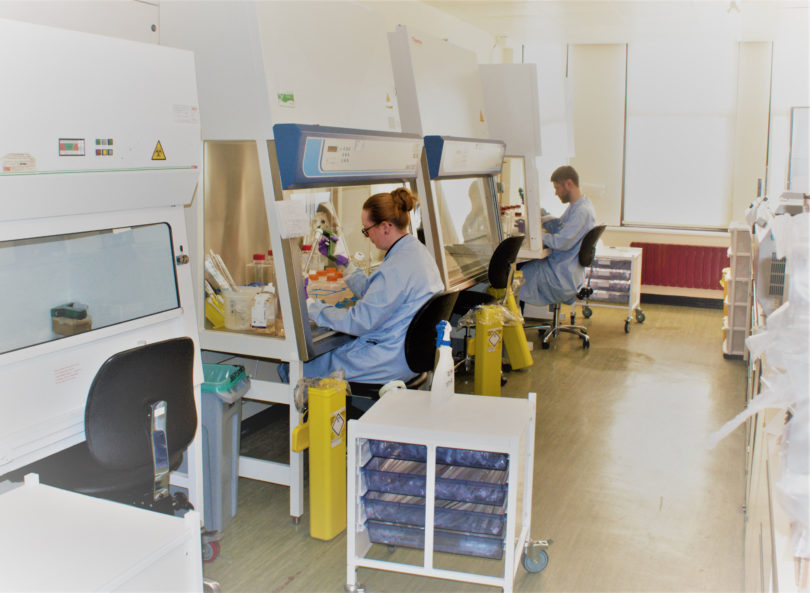 The University of Georgia is partnering with U.K.-based recombinant reagent specialist Absolute Antibody to expand uses of research antibodies developed at UGA for therapeutic and medical applications.

The partnership will enable the quick transfer of UGA-developed antibodies to Absolute Antibody for the development of numerous products to supply the research and diagnostic communities, according to Derek Eberhart, associate vice president for research and executive director of Innovation Gateway, UGA’s technology commercialization office.

Example applications of these UGA antibodies include such things from infectious disease studies to thyroid function regulation, but their potential will expand through Absolute Antibody’s reengineering process.

“This collaboration not only increases the commercial availability of antibodies developed by UGA researchers, but Absolute Antibody’s ability to reformat the antibodies into a recombinant form will enable scientists to use these reagents in new applications,” Eberhart said. “This is a partnership that will benefit the research community, as well as UGA, and will strengthen the position of our antibodies portfolio in the research reagents market.”

The partnership will open up several new possibilities for researchers, allowing easier and more effective experimentation, starting with six antibodies developed at and supplied by UGA. For each antibody, Absolute Antibody will offer a recombinant version of the original antibody, as well as other versions reengineered into new formats. These new formats, which include different species and antibody isotypes, will offer increased compatibility with secondary antibodies, tools for understanding the mechanisms underlying protective antibody responses, and serological markers for early-stage immune responses.

“We’re excited to partner with UGA to offer engineered recombinant versions of antibodies developed by university investigators,” said Amelia Gibson, director of business development at Absolute Antibody. “At Absolute Antibody, we believe all researchers should have access to recombinant antibodies, which enable antibody engineering and provide ensured batch-to-batch reproducibility. Under the new agreement, we will engineer UGA’s lab-made antibodies into recombinant formats designed to open up new experimental possibilities, further extending the value of the original antibodies.”

Absolute Antibody merged with Boston-based reagent company (and current UGA partner) Kerafast in 2018, bringing together two companies that work to improve the selection of research tools available to the scientific community.