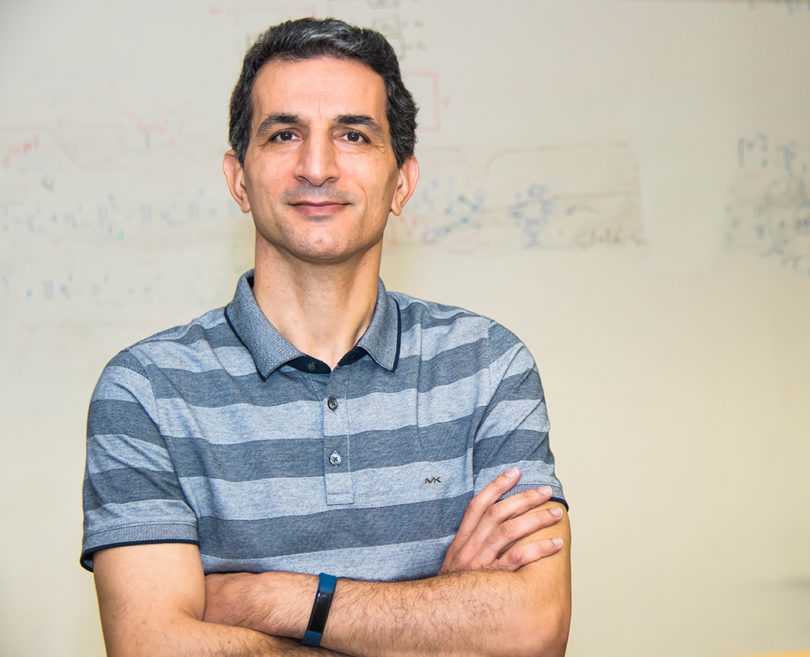 Javad Mohammadpour Velni, an associate professor in the School of Electrical and Computer Engineering. (Submitted photo)

Researchers in the University of Georgia College of Engineering will use a Cyber-Physical Systems grant from the National Science Foundation to develop systems that help autonomous vehicles safely navigate the nation’s streets and highways.

While the emerging technology of self-driving vehicles is expected to improve both the safety and the efficiency of transportation, the researchers say these goals are not possible if automated vehicles can’t coordinate with other vehicles on the road. The challenge is even greater when a large network of autonomous vehicles shares the highway with human-driven cars and trucks.

“One of the biggest questions surrounding the mass deployment of autonomous vehicles is how are these vehicles going to interact with the environment around them and make informed decisions,” said Javad Mohammadpour Velni, an associate professor in UGA’s School of Electrical and Computer Engineering and the project’s principal investigator. “Somehow, the autonomous vehicles will need to understand the potential impact of humans, who might not make the most logical decisions while driving.”

The scientists will develop predictive algorithms that allow connected and automated (CAV) vehicle systems to operate in environments full of uncertainty – including human drivers. Using the $733,000 NSF grant, they will also explore ways to improve communications between autonomous vehicles.

To accomplish their goal, the researchers will employ artificial intelligence and machine learning techniques ­– the idea that systems can learn from data, identify patterns and make decisions with minimal human interaction. They will analyze massive amounts of data to build probabilistic models of the driving environment and the behavior of other vehicles, then feed those models and data into the vehicles’ control systems.

“Our goal is to capture the uncertainties of the environment and how they impact decisions autonomous vehicles must make,” said Velni. “You have to account for every possible scenario. For example, if you’re driving in a parking lot, what are all the things that could possibly happen? Then, you have to build probabilistic models that work with real-time information gathered by the autonomous vehicle’s cameras and sensors.”

The UGA team is collaborating with researchers at the University of Central Florida on the project. The UCF scientists will build environment perception models and strategies for more efficient communications between autonomous vehicles.

As large fleets of CAVs are deployed, Velni says, the vehicles’ control systems (making up to 100 decisions a second) have the potential to overwhelm the available communications bandwidth. Typically, these communications between vehicles happen at periodic intervals regardless of the situation. To alleviate this challenge, the researchers want to develop controllers that don’t exchange data unless necessary.

“By making the communications and control decisions smarter, the team is aiming for orders of magnitude improvement in safety and efficiency of autonomous vehicle platoons,” said Velni.