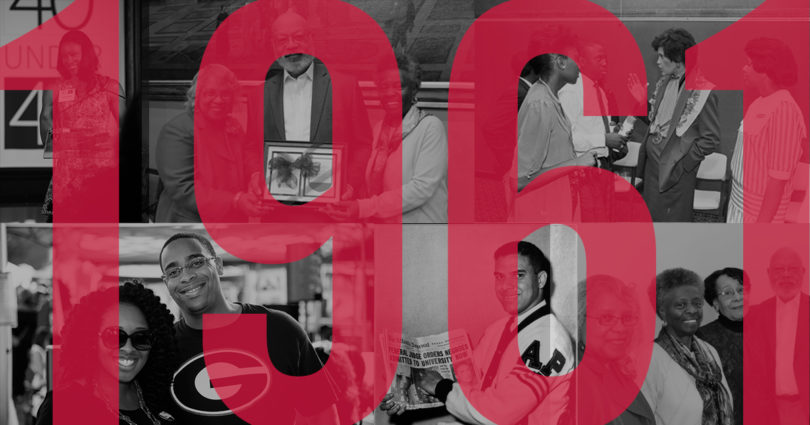 The UGA Alumni Association has launched a new giving society, The 1961 Club, to better engage the university’s more than 14,000 living African-American alumni.

The University of Georgia Alumni Association has launched a new giving society, The 1961 Club, to better engage the university’s more than 14,000 living African-American alumni. Named for the year of desegregation at UGA, The 1961 Club supports the Black Alumni Scholarship Fund, which provides need-based scholarships to undergraduate students.

This new fundraising initiative, which is being spearheaded by the Alumni Association’s Black Alumni Affinity Group, was officially launched on Jan. 9 during a networking event for alumni and students at Paschal’s Restaurant in Atlanta. 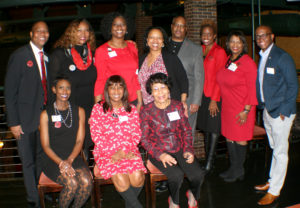 The 1961 club officially launched on Jan. 9 during a networking event for alumni and students at Paschal’s Restaurant in Atlanta.

“When the dedicated volunteers who serve on the Black Alumni Leadership Council approached us with the idea for The 1961 Club, we were excited,” said Meredith Gurley Johnson, executive director of the UGA Alumni Association. “One of the priorities of the Commit to Georgia Campaign is to remove barriers to education so that UGA can attract the best and brightest students, and The 1961 Club is making strides toward that goal. We are grateful for the efforts of these volunteers to make an impact in such a meaningful way.”

On Jan. 9, 1961, Hamilton E. Holmes and Charlayne Hunter-Gault became the first African-American students to register for classes at UGA amid a crowd of National Guardsmen, reporters and community members on both sides of the integration debate. They were later joined by Mary Frances Early, the first African-American student to graduate from UGA. Early will receive the President’s Medal Jan. 22 during UGA’s annual Founders Week celebrations.

“This scholarship has allowed me to take advantage of the opportunities offered at the University of Georgia with ease of mind,” said Khadar Haroun, a third-year chemistry major from Atlanta. “However, just as important as the money, are the connections I have gained because of the UGA Alumni Association. I am an aspiring medical student, and the scholarship has allowed me to create new connections with black UGA alumni. Speaking with individuals who have gone through the medical school process has been invaluable.”

They are encouraging UGA alumni, donors and friends to give a monthly gift of $19.61, or a one-time gift of $196.10 or $1,961, to support the Black Alumni Scholarship Fund. Members of The 1961 Club will also receive donor recognition from other UGA giving societies that correspond with their gift level. Those interested in becoming a member of The 1961 Club can make their gifts at give.uga.edu/the1961club.

“It is imperative for black alumni to donate to the scholarship because it provides students with a community of support and opportunities to grow,” said Raymond Phillips, president of the Black Alumni Leadership Council. “Youth are the future. Our students are at the precipice of achieving their dreams and it is important for alumni to reconnect, guide and support them, so they can continue the legacy that was started in 1961.”