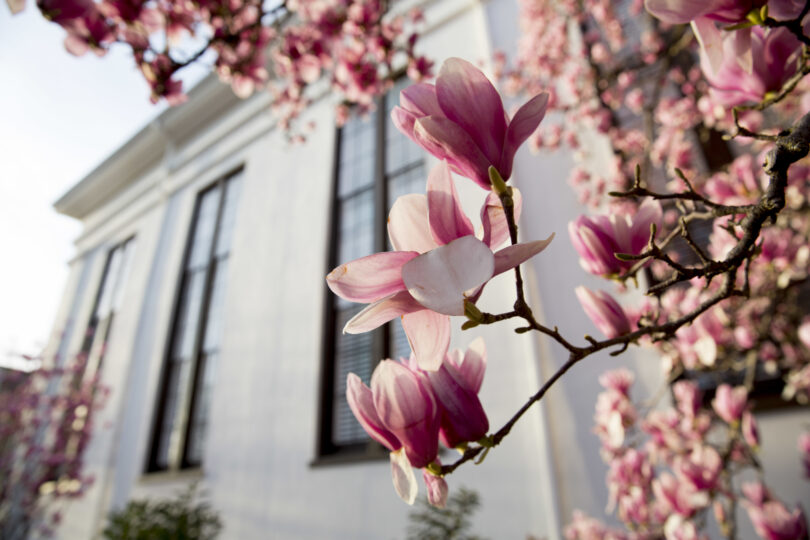 Renowned scholars and leaders will share with the campus community

Thought leaders in diverse fields including history, government, business, higher education and the arts and sciences will share their research and experiences during the University of Georgia’s spring 2023 Signature Lecture series.

“Signature Lectures provide an opportunity for the university community to engage with nationally renowned speakers and learn from their wealth of knowledge and insight,” said S. Jack Hu, the university’s senior vice president for academic affairs and provost. “This lecture series enriches the UGA learning experience by fostering the open exchange of ideas and deepening our interdisciplinary knowledge.”

The spring 2023 Signature Lectures are:

Joe Lawrence is the executive vice president and chief operating officer for Porsche Cars North America Inc. headquartered in Atlanta. In these roles, Lawrence is responsible for sales and dealer network development in the United States and oversees the company’s field operations and the Porsche Academy. Lawrence assumed his current role in August 2013 after serving as president and CEO of Porsche Cars Canada Ltd. for four years. Previously, he worked for 15 years at BMW in the United States, Germany and Canada. Lawrence holds a bachelor’s degree in economics from Southern Methodist University and an MBA from Emory University.

Sponsored by Terry College of Business

Justice Verda M. Colvin was appointed to the Supreme Court in 2021 by Gov. Brian Kemp. She is the first African American woman appointed by a Republican governor to the state’s high court. Previously, she served on the Court of Appeals, having been appointed by Gov. Kemp in April 2020. Her time as judge also includes nearly six years as a Superior Court judge in the Macon Judicial Circuit, during which she served on the Council of Accountability Court Judges. Justice Colvin discovered her love for trial work early in her career as an assistant solicitor in Athens-Clarke County. From there, she went on to serve as assistant general counsel to Clark Atlanta University and then as assistant district attorney in Clayton County. Before becoming a judge, Justice Colvin was an assistant U.S. attorney in the Middle District of Georgia, where she prosecuted a wide range of offenses from drug trafficking to white collar crime. Born and raised in Atlanta, Justice Colvin attended Daniel McLaughlin Therrell High School. She earned her bachelor’s degree in government and religion from Sweet Briar College in Virginia and her juris doctorate from the University of Georgia School of Law.

Malinda Maynor Lowery is the Cahoon Family Professor of American History at Emory University. She is a historian, scholar and documentary film producer who is a member of the Lumbee Tribe of North Carolina. She has written two books, over 20 book chapters or articles and has published essays for popular audiences in places such as The New York Times. Films she has produced include the Peabody Award-winning “A Chef’s Life” (PBS, 2013-2018), the Emmy-nominated “Private Violence” (HBO, 2014) and two short films, “Real Indian” (1996) and “Sounds of Faith” (1997), both of which premiered at the Sundance Film Festival.

Kaywin Feldman, art historian and director of the National Gallery of Art in Washington, D.C.

“Building a National Collection in a Changing Nation”

Kaywin Feldman is director of the National Gallery of Art in Washington, D.C. Prior to joining the National Gallery in March 2019, Feldman led the Minneapolis Institute of Art as its Nivin and Duncan MacMillan Director and president from 2008 to 2019 and directed the Memphis Brooks Museum of Art from 1999 to 2007. She is a member of the Board of Directors of the Terra Foundation for American Art and a trustee of the National Trust for Historic Preservation, the White House Historical Association and the Chipstone Foundation. She is a past president of the Association of Art Museum Directors and past chair of the American Alliance of Museums. She lectures and publishes widely on many aspects of museums in the 21st century. In 2021 Forbes magazine listed Feldman as one of the “50 Over 50” most visionary women making an impact on society.

Carola Hein is a Professor of History of Architecture and Urban Planning at Technical University Delft in the Netherlands. She is also founder and director of the Leiden-Delft-Erasmus PortCityFutures program, and is a Professor of Water, Ports, and Historic Cities with the Institute of Cultural Anthropology and Development Sociology at Leiden University and the Erasmus University Rotterdam’s School of History, Culture and Communication. Since early 2022, Hein holds the newly established UNESCO Chair for Water, Ports and Historic Cities.

Sponsored by the College of Environment and Design

Marcy Carsey has produced some of television’s most iconic programs including “The Cosby Show,” “A Different World,” “Roseanne,” “Grace Under Fire,” “3rd Rock from the Sun,” and “That ’70s Show.” Carsey began her career as an NBC tour guide, working up to “The Tonight Show” before moving to ABC as a programming executive. Best known as co-head of the famed Carsey-Werner Productions, Carsey has produced works that have shaped our understanding of the nuclear family across the last 40 years. She is currently working on “That ’90s Show” for Netflix and has served on the Peabody Board of Jurors since 2016.

Sponsored by the Peabody Awards, the Willson Center for Humanities and Arts and the Institute for Women’s Studies

Ivette Perfecto is the George W. Pack Professor of Ecology, Natural Resources and Environment at the University of Michigan and is a 2022 electee to the National Academy of Sciences. Her research focuses on biodiversity and ecosystem services in rural and urban agriculture, especially in Latin and North America. She also works on spatial ecology of the coffee agroecosystem and is interested more broadly in the links between small-scale sustainable agriculture, biodiversity and food security. She is co-author of four books — “Breakfast of Biodiversity”; “Nature’s Matrix: Linking Agriculture, Conservation and Food Sovereignty”; “Coffee Agroecology”; and “Ecological Complexity and Agroecology”.

Sponsored by the Odum School of Ecology

Garnett S. Stokes, president of the University of New Mexico

Garnett S. Stokes is the 23rd president of the University of New Mexico and the first woman to hold the post in the flagship university’s 134-year history. UNM is notably distinctive among flagship R1 institutions due to its status as a Hispanic- and minority-serving institution with New Mexico’s only academic medical center situated in a state with a rich cultural heritage and highly diverse population. Under Stokes’ leadership, UNM has received the Carnegie Community Engagement Classification and has pursued a transformative mission to stimulate innovation, promote excellence, celebrate diversity and ensure New Mexico’s economic prosperity.

Sponsored by the Louise McBee Institute of Higher Education

Cristina Bicchieri is the S.J. Patterson Harvie Professor of Social Thought and Comparative Ethics at the University of Pennsylvania. She is a leader in the field of behavioral ethics, the author of several books and the founder of the Penn Social Norms Group. Bicchieri has served as a consultant to various organizations including UNICEF, the Gates Foundation, the World Bank and the Department for International Development. In 2021, she was elected a Fellow of the American Academy of Arts and Sciences.

“Antibiotic Resistance: A View Through the One Health Lens”

The date, time and location of this lecture will be announced online once finalized

Qijing Zhang has been a faculty member in Iowa State’s Department of Veterinary Microbiology and Preventative Medicine since 2003 and has also served on the faculty at The Ohio State University. In 2022, he was elected to the National Academy of Sciences in recognition of his distinguished and continuing achievements in original research. Zhang is a renowned microbiologist and an expert in areas related to antibiotic resistance development, persistence, transmission from animal reservoirs to humans and mitigation strategies.

Sponsored by the College of Veterinary Medicine

Requests for accommodations for those with disabilities should be made as soon as possible but at least seven days prior to the scheduled lecture. To request an accommodation, please notify the event contact. Event contacts are listed here.