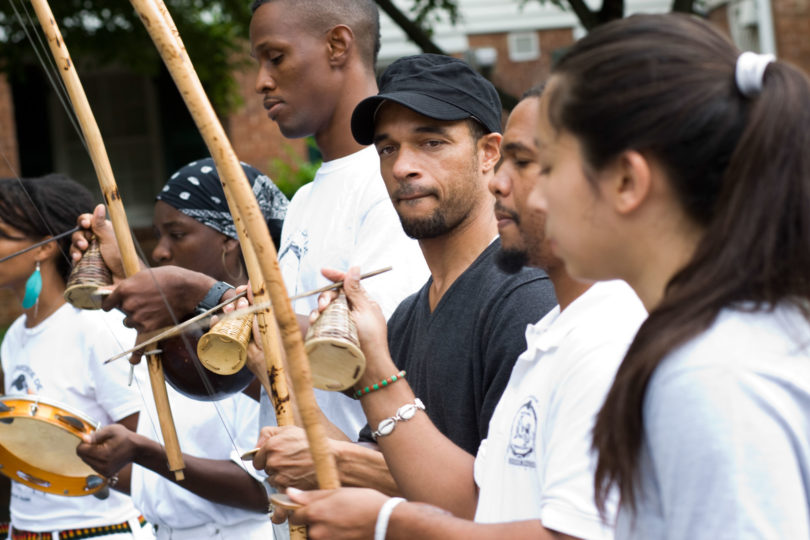 Hispanic Heritage Month is celebrated until Oct. 15. Activities at UGA range from film screenings to an evening of dancing and music.

Hispanic Heritage Month celebrations are under way at UGA and in the community.

The month-long celebration   (Sept. 15 to Oct. 15) covers important dates in the history of many Latin American countries. Sept. 15 is the anniversary of independence for Costa Rica, El Salvador, Guatemala, Honduras and Nicaragua. Mexico and Chile celebrate their independence days on Sept. 16 and 18, respectively. Columbus Day—or Día de la Raza—on Oct. 12 also falls within the 30-day period.

Events at UGA and throughout Athens include the annual Latin American Film Festival, lectures, dance performances and fiestas. The Latin American and Caribbean Studies Institute, part of the Franklin College of Arts and Sciences, is sponsoring many of the events.

On Sept. 24 , trivia time and an empanada sale are scheduled from 11 a.m. to 2 p.m. at the Tate Student Center Plaza.

On Sept. 26, actress Sonia Guedes, who plays the main character in a film to be screened on campus Sept. 27, will discuss the Brazilian film translated Stories only exist when remembered at 5 p.m. in the LACSI office.

On Oct. 3,  student organizations will hold a voter registration drive from 11 a.m. to 2 p.m. on the Tate Student Center Plaza.

On Oct. 30 , the UGA Hispanic Student Association will hold an information session at 8 p.m. in the Memorial Hall Ballroom for people interested in learning about the issues currently facing Hispanics.

Nov. 1 is  Día de los Muertos  or Day of the Dead, which will be celebrated at 7 p.m. on the Tate Student Center Plaza.

A Latin American Film Festival will be held Sept. 27 to Oct. 18. “Latin American Women Behind the Camera” will showcase four recent movies directed by women that deal with gender issues and offer a distinct point of view on the social, historical and political problems in Brazil, Mexico, Venezuela and Chile.

The films will be screened every Thursday starting Sept. 27 at 7 p.m. in the Griffith Auditorium of the Georgia Museum of Art. Admission is free, and a UGA faculty member or a graduate student will introduce the film and lead a discussion after the screenings.

On Sept. 27, there will be a showing of  Historias que so existem quando lembradas (Stories only exist when remembered).

On Oct. 4, there will be a screening of Postales de Leningrado (Postcards from Leningrad).

On Oct. 18, Locas mujeres (Chile, 2011) will be the final film of the festival. This film, which translated means “Madwomen,” will be introduced by Luís Correa Díaz, a professor of Romance languages. A question-and-answer session will follow the screening.