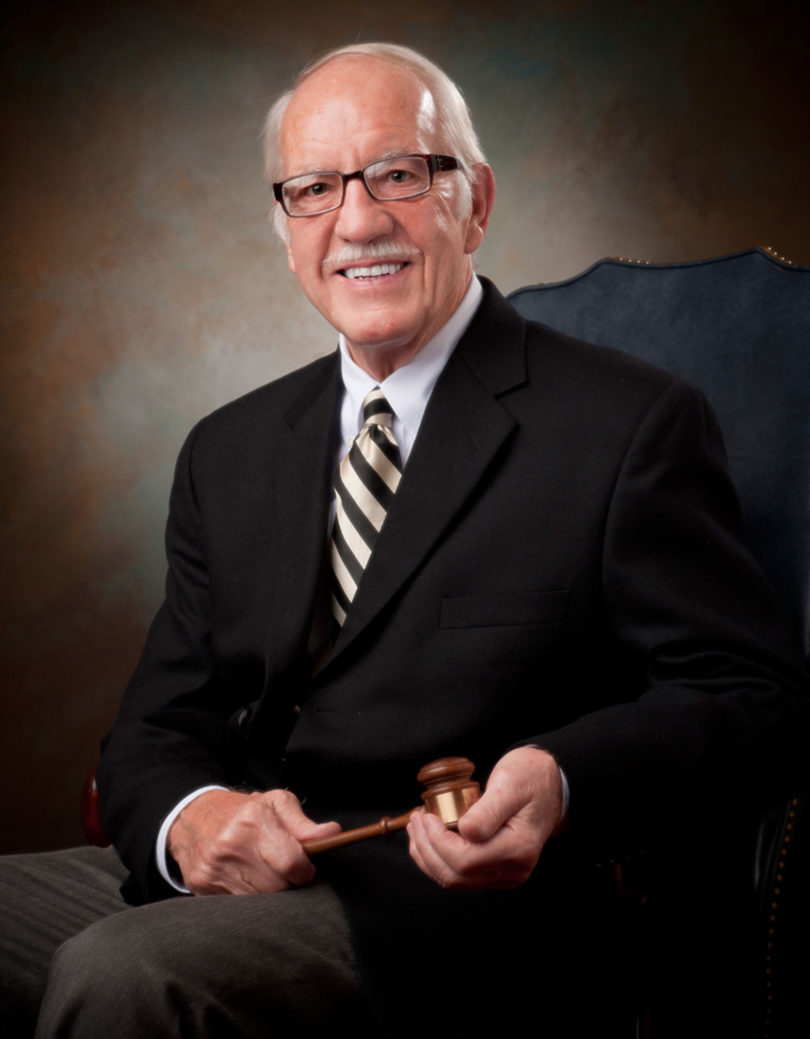 The UGA Alumni Association will mark UGA’s 220th anniversary Jan. 27 with the annual Founders’ Day Lecture at 3 p.m. in the Chapel.

Ronald L. Carlson, emeritus professor in the School of Law, will present the lecture, titled “Dramatic Moments in the Pursuit of Justice.” Carlson, who held the Fuller E. Callaway Chair in the law school, is an authority on evidence, trial practice and criminal procedure and is often contacted by state and national news media for expert commentary on high-profile court cases.

The Founders’ Day Lecture is sponsored by the Alumni Association and the Emeriti Scholars, a group of retired faculty members who are especially known for their teaching abilities and who continue to be involved in the university’s academic life through part-time teaching, research and service assignments.

The lecture will be on the date that UGA was established in 1785 when the Georgia General Assembly adopted a charter creating the university as America’s first state-chartered institution of higher education.

When Carlson, who is a member of the Emeriti Scholars, finishes his lecture, Suzette Talarico, professor of political science, and Kathryn Kay, a student, will make brief commentaries on his remarks. A reception will be held in Moore College immediately following the program.

Deborah Dietzler, executive director of the Alumni Association, says students, faculty, staff and the public are invited to join alumni for the lecture.

“This is a way to celebrate our academic mission and take advantage of the experience and talents of the Emeriti Scholars, who represent the high level of excellence we enjoy at UGA,” she says.

All of the Emeriti Scholars are members of UGA’s Teaching Academy and were Senior Teaching Fellows. Several have won the Josiah Meigs Award-UGA’s highest teaching honor-and all have received other awards for outstanding classroom teaching.

In addition to developing the Founders’ Day Lecture, members of the group have worked with the Honors Program, teaching courses and seminars, lecturing at special events and serving as mentors to Honors students.

As part of the Founders’ Day tradition, the Alumni Association and Emeriti Scholars each year add a book to the collection that the two groups created in the Hargrett Rare Book and Manuscript Library. The book being added this year is the second edition of A Pictorial History of the University of Georgia by retired history professor F. Nash Boney.

Carlson joined UGA’s law faculty in 1984 and assumed partial retirement in 2001. He continues to teach two courses in spring semester and in 2003 was a visiting professor at the Ohio State University law school.

He has received every faculty honor presented by the law school student body at least once, and has been chosen by four senior classes to serve as class marshal at law commencements.

The author of numerous books and articles in law reviews, Carlson won an American Bar Association award in 2000 for significant contributions to legal continuing education at the national or state level. He received the Roscoe Pound Foundation’s 1987 award honoring a single national law professor for teaching trial advocacy, and in 1992 he received the Federal Bar Association’s highest award for distinguished service.

Carlson has been a lawyer in numerous trial and appellate cases and has argued appeals before the U.S. Supreme Court. He was a trial counsel in a landmark federal case that established the right of mental patients to adequate and humane treatment. He was also an author of a Federal Bar Association brief to the Supreme Court in a major case involving the corporate ­attorney-client privilege.