In recognition of the 2021 national Women’s History Month theme “Valiant Women of the Vote: Refusing to be Silenced,” the Institute for Women’s Studies at the University of Georgia will be hosting numerous virtual programs in March. 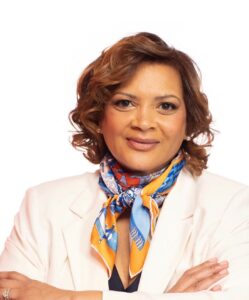 This year’s Women’s History Month keynote address will be presented by Deborah Scott, executive director of Georgia STAND-UP, a “think and act tank” that supports community economic development through advocacy for community benefits, project work agreements and other policies that increase equity and access to opportunity. A graduate of Clark Atlanta University, Scott is an accomplished advocate of universal voting rights, economic inclusion and progressive civic engagement as well as a master organizer, strategist and highly skilled trainer. In 2012, she was recognized by the White House as a Champion of Change.

Scott’s virtual keynote address, “Behind Every Great Woman are Great Women,” will take place on March 16 at 4 p.m. on Zoom. This event is free and open to the public, but registration is required. Contact Terri Hatfield at TLHAT@uga.edu for more information.

The Institute for Women’s Studies will also host a discussion with Dàzon Dixon Diallo, founder and president of SisterLove Inc., the first women’s HIV, sexual and reproductive justice organization in the southeastern United States. Dixon Diallo is a recognized advocate in the struggle for human rights, sexual and reproductive justice, and the fight against HIV with, and on behalf of, communities of women and girls living with HIV and those at risk for HIV and STIs. This conversation will take place on International Women’s Day, March 8, at 3:30 p.m. on Zoom. This event is free and open to the public. Contact Terri Hatfield at TLHAT@uga.edu for more information.

This year’s Women’s History Month will feature a virtual film festival, with the Institute for Women’s Studies continuing its tradition of hosting a film series during March featuring documentaries highlighting the often-untold stories of women. This year’s film screenings will be virtual with a new film becoming available for streaming each week. Information on the virtual watch pages for each film can be found at http://iws.uga.edu.

This year’s film screenings include:

The Institute for Women’s Studies will also host a virtual panel discussion focusing on feminist teaching and gender, race and social justice work in public schools on March 18 at 12:30 p.m. on Zoom. This event is free and open to the public. Contact Terri Hatfield at TLHAT@uga.edu for Zoom link and information.

A complete list of Women’s History Month programming at the University of Georgia is available online at http://iws.uga.edu/events/all.

Women’s History Month at the University of Georgia is hosted by the Institute for Women’s Studies, part of the Franklin College of Arts and Sciences. Co-sponsors include the College of Education, Department of English, Franklin College of Arts and Sciences, Graduate School, Grady College of Journalism and Mass Communication, Institute for African American Studies, Institute of Higher Education, Lucy Hargrett Draper Center and Archives for the Study of the Rights of Women in History and Law, Office of Institutional Diversity, School of Law, School of Public and International Affairs, and the Department of Sociology.