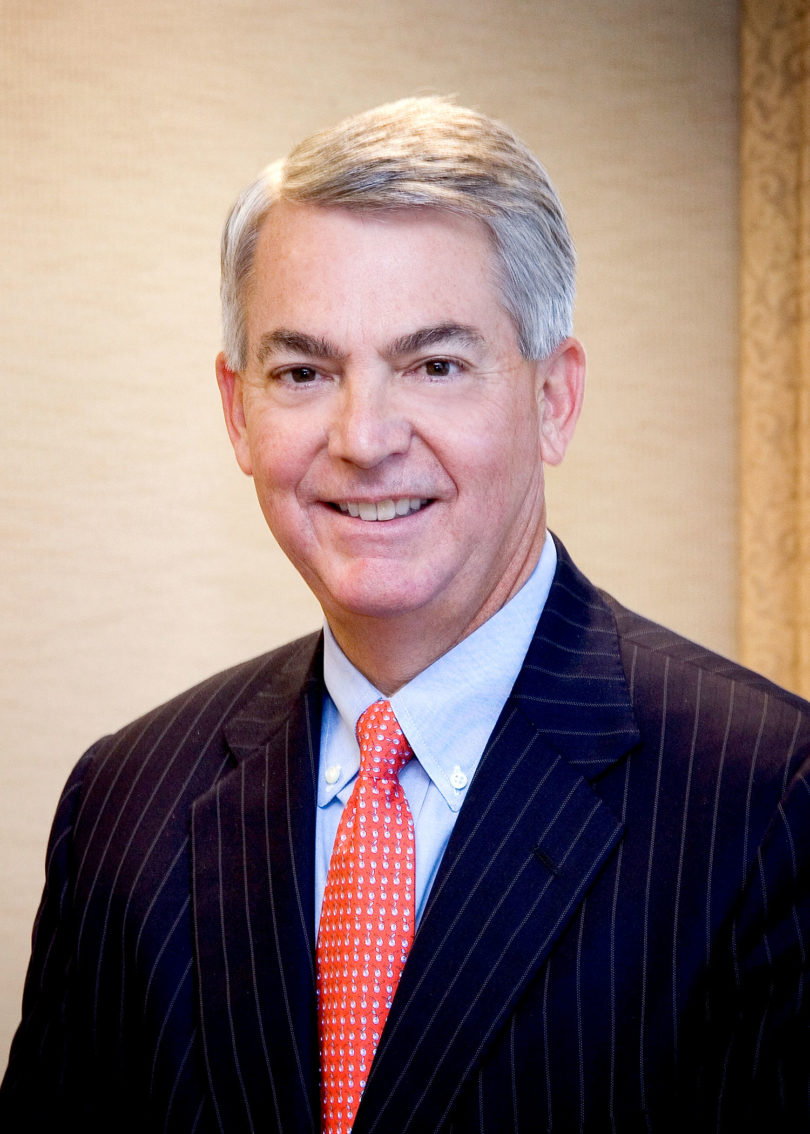 The banquet, which is open to the public, will be held at the UGA Hotel and Conference Center. A reception will begin at 6:30 p.m., and dinner will follow at 7:30 p.m. Individual tickets are $30; sponsored eight-seat silver tables are $300; and the eight-seat gold table is $500. Tickets can be reserved by contacting Janet Lance at 706-542-0017 or jholcomb@uga.edu.

Stelling, a 1978 UGA graduate, is a member of the Dean’s Advisory Council at the Terry College of Business and a board member of the Cobb Community Foundation, Wellstar Health Systems and The Georgian Club. He has worked for the First Railroad and Banking Co. in Augusta; served as senior vice president of the First National Bank of Cobb County from 1985-90; and as executive vice president of the Chattahoochee Bank in Marietta from 1990-94. Stelling also served as chairman and CEO of Riverside Bancshares Inc. and Riverside Bank, which was sold to the Synovus Financial Corp. in 2006. He was promoted to Synovus’ regional CEO for the Atlanta market in 2008. He is currently is Chairman and CEO of Synovus. Stelling is being honored for his commitment to community service and his dedication to higher education in Georgia.

Young, a 1978 UGA graduate, is vice president of General Wholesale Company, a family-owned beverage distribution company based in Atlanta with branches in Augusta, Georgia and Spartanburg, S.C. He has been a UGA Foundation trustee since 2003 and served as chair from 2007-2009 and again from 2011-2013. He also has been on the finance and development and public affairs committees. He has served on the board of directors of the Wine and Spirits Wholesalers of America and was chairman of the Wine and Spirits Wholesalers of Georgia. He served on the Wine and Spirits Scholarship Foundation and belongs to the Benedicts of Atlanta, Peachtree Golf Club, Cherokee Town and Country Club, the Capital City Club and the Young Presidents Organization. Young is being honored for his professional leadership and civic contributions, as well as his continuing support for UGA.

Landrum, vice president for development and alumni relations at UGA, earned both a bachelor’s degree in history (1972) and a master’s in journalism (1987) from UGA. He is responsible for managing the university’s fundraising and alumni relations programs, financial and development support services and the offices of donor relations and stewardship, special events and career counseling. Since coming to UGA in 1976, he has worked as assistant director for publications, director of public relations and executive assistant to the vice president for development and university relations. He was an assistant to former President Charles Knapp from 1992-1997 and chief of staff to President Michael F. Adams from 1997-2007. He is co-adviser of the UGA Blue Key chapter, and a past vice chair of the national Blue Key board of directors. He is a member of the Grady College Board of Trust and the Grady Fellowship and a board member for the Wormsloe Institute for Environmental History. Landrum is being honored for his distinguished career and 37 years of service to UGA.