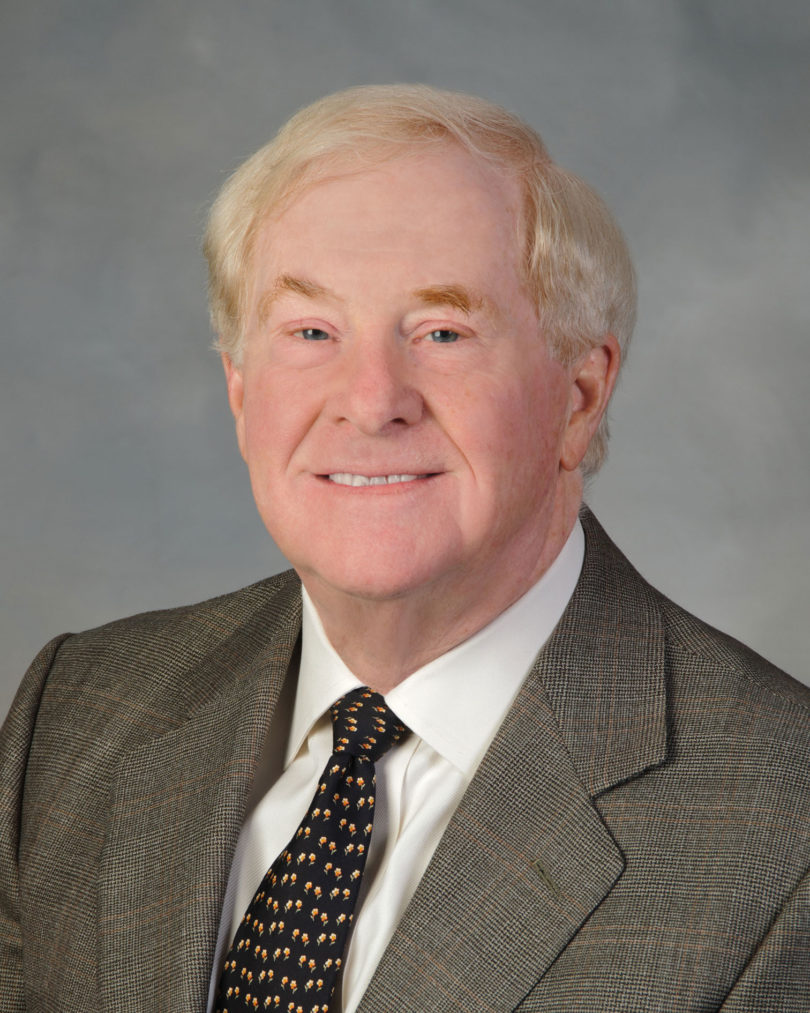 The University of Georgia chapter of the Blue Key National Honor Society will pay tribute to two university alumni and one faculty member at its annual awards banquet Nov. 2.

Attorney Robert G. Edge, a former UGA valedictorian, and Anne L. Sweaney, head of the housing and consumer economics department in the College of Family and Consumer Sciences, will receive Blue Key Service Awards. Tobin Carr, the director of planning for the Georgia Department of Transportation, will receive the Young Alumnus Award.

The Blue Key Honor Society is a national organization with members committed to “leadership in student life, high scholastic achievement, service to others, citizenship and an adherence to principles of faith,” according to its website. It was established in 1924 at the University of Florida; the second chapter was established at UGA in 1926.

The banquet, which is open to the public, will be held at the UGA Hotel and Conference Center at the Georgia Center. A reception will begin at 6:30 p.m., and dinner will follow at 7:30 p.m. Individual tickets are $30; sponsored eight-seat silver tables are $300; and the eight-seat gold table is $500. Tickets can be reserved by contacting Janet Lance at 706/542-0017 or jholcomb@uga.edu.

Currently an attorney in the Atlanta office of Alston and Bird, Edge will be honored for his leadership in the field of estate planning, civic engagement and outstanding support of higher education in Georgia.

Edge received his bachelor’s degree in English from UGA’s Franklin College of Arts and Sciences in 1960. He attended Oxford University as a Rhodes Scholar and received a master’s degree from there in 1962. He received his law degree from Yale University in 1965. Recognized by many as the dean of estate planning attorneys in Georgia, Edge has served as chairman of the State Bar’s Fiduciary Section as well as president of both the Atlanta Estate Planning Council and the Georgia Federal Tax Conference.

Edge has been instrumental in efforts to support the arts at UGA. During his tenure with the UGA Foundation, he was a leader in creating the Foundation Fellows program, the university’s premier scholarship program. He also chaired the Campaign Steering Committee for the Performing and Visual Arts Center at UGA, leading volunteer efforts that secured $15 million to match state funds needed to build the facility. The main recital hall in the Hugh Hodgson School of Music is named in his honor.

Sweaney, who joined the faculty in 1982, will be honored for her distinguished career and her many years of support for the academic programs at UGA.

In addition to serving as professor and department head in the College of Family and Consumer Sciences, she also is director of the university’s Housing and Demographics Research Center. In 2011, Sweaney served as interim dean of the college.

Her research interests include the effect of public policy on housing for families and consumers, housing needs of older adults and the role of technology in adapting housing for the life span.

Carr, who was appointed planning director for GDOT in April, will be honored with the Young Alumnus Award for his professional and civic leadership as well as his continuing support for UGA.

In his current role, Carr serves as Gov. Nathan Deal’s liaison to the State Transportation Board and GDOT. His department creates the statewide transportation improvement program and interacts with planning counterparts at the federal and regional levels to ensure consistency and continuity in transportation in the region.

Carr previously had served as Gov. Deal’s transportation policy adviser and as the Deal administration’s liaison to the House of Representatives of the Georgia General Assembly.