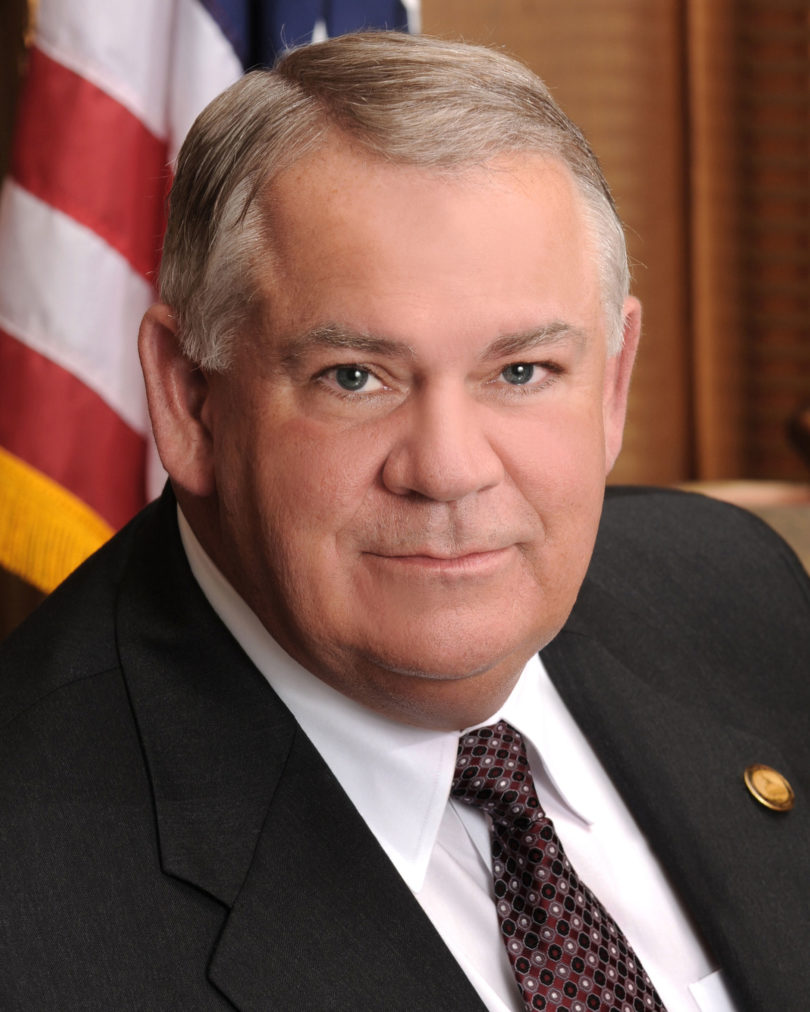 The banquet, which is open to the public, will be held at the Georgia Center for Continuing Education Conference Center and Hotel. The reception will begin at 6:30 p.m., and the dinner will start at 7:30 p.m. Individual tickets are $30. The eight-seat Silver Sponsor Table is $300, and the eight-seat Gold Sponsor Table is $500. Contact Janet Lance at 706-542-0017 or jholcomb@uga.edu by Sept. 23 to reserve tickets.

David Ralston
Ralston, who represents House District 7, is being honored for his leadership in state government and for his contributions to higher education. A 1980 graduate of UGA’s School of Law, Ralston served in the Georgia State Senate from 1992-1998. Elected to the Georgia House of Representatives in 2002, he chaired the House Judiciary Non-Civil committee, was vice-chair of the Judiciary committee and also served on the Appropriations, Rules, Transportation and Government Affairs committees.

Don Perry
Perry, who earned his bachelor’s degree in public relations from UGA in 1974, is being honored for his professional and civic contributions as well as his support of higher education in Georgia.

After spending nearly a decade with General Electric Co., Perry joined Chick-fil-A in 1983 and is currently vice president for public relations. He is responsible for external communications and publicity programs in support of key company initiatives.

Actively involved with the Georgia chapter of the Public Relations Society of America, Perry served as chapter president in 1993 and was later inducted into the chapter’s “Order of the Phoenix” and its Hall of Fame. He has been involved in other industry organizations, including the Emory University Public Affairs Advisory Council, which he chaired from 1994-1996, and the Atlanta Press Club’s Public Relations Council.

Charles Bullock
Bullock is being honored for his distinguished career and his many years of support for academic programs at UGA.

Bullock joined the faculty in 1968 and has served continuously except for the year he was a legislative assistant to Congressman Bill Stuckey and the two years he was a political science professor at the University of Houston.

The Richard B. Russell Professor of Political Science, Bullock received the university’s William A. Owens Creative Research Award in 1991 and was named a Meigs Distinguished Teaching Professor-the highest teaching honor bestowed by the university-in 2005. His teaching and research specialties are legislative politics and Southern politics.

Charlie Bethel
Bethel is being honored for his professional leadership and civic contributions as well as continuing support for his alma mater.

The director of corporate affairs for J&J Industries Inc., he was elected to the Georgia Senate in 2010 to represent Senate District 54. He serves on several committees including Judiciary, Special Judiciary, Insurance and Labor, Retirement and Reapportionment and Redistricting. He also serves as a deputy whip for the Republican Caucus.

In addition to serving on the Dalton City Council, Bethel is active in the Dalton Rotary Club, the Dalton Parks and Recreation Department and the Fellowship of Christian Athletes. In 2008, he was selected as a member of the Dalton Magazine’s inaugural 20 under 40 class, and Georgia Trend named him to its 40 under 40 list for the state of Georgia.

Founded in 1924, the Blue Key National Honor Society has more than 300 chapters throughout the U.S. The UGA chapter, which was started in 1926 as the second in the nation, has presented the Blue Key Service Award since 1964 to distinguished citizens who have made important contributions to the nation, state, UGA and their communities.

More information about the Blue Key Honor Society is available online at www.uga.edu/bluekey.