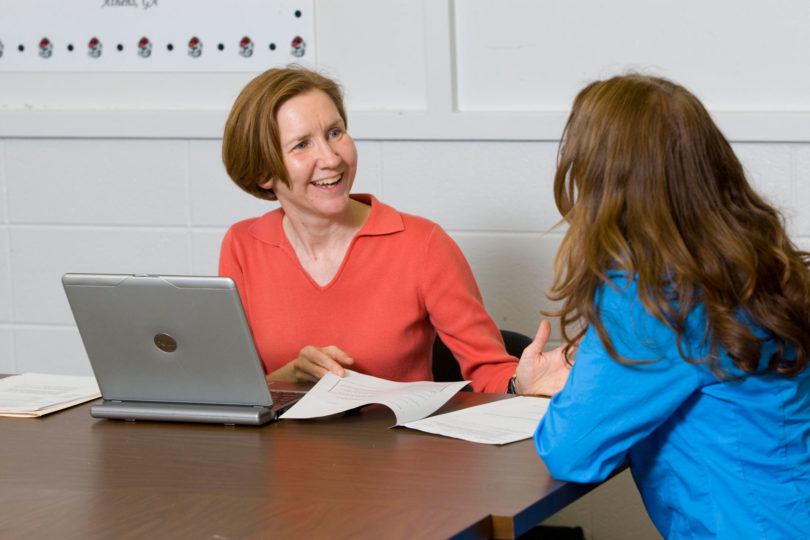 Athens, Ga. – University of Georgia College of Education professor Gayle Andrews, a national leader in middle school reform, recently was recognized for her work when the Association for Middle Level Education presented her with its highest honor.

Andrews, an associate professor in the middle school education program in the department of elementary and social studies education, received the John H. Lounsbury Award for Distinguished Service in early November. While not an annual award, the Lounsbury Award is presented only when an individual has demonstrated a level of service, scholarship, integrity and leadership in middle level education that warrants this special recognition.

Andrews is president of the National Forum to Accelerate Middle-Grades Reform and has served the profession extensively in many leadership roles for the AMLE, the Middle Level Education Research Special Interest Group of the American Educational Research Association, and the National Forum.

“Gayle has been especially effective in collaborating with others and communicating research in ways that make sense to practitioners. A sound, meticulous and productive scholar and researcher, Gayle’s publications are having an impact globally,” said Lounsbury, dean emeritus of Georgia College and one of the founders of the middle school movement.

Andrews, who received her doctorate in social foundations of education from the University of North Carolina at Chapel Hill, joined the UGA faculty in 2001.

Note to editors: An image of Andrews is available for download at http://multimedia.uga.edu/media/images/Andrews_Gayle.jpg.