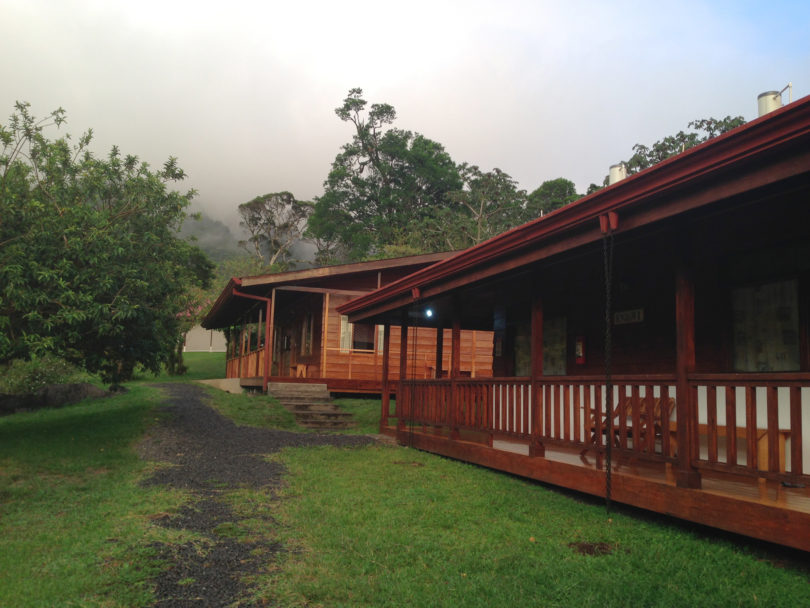 The documentary follows UGA students taking Spanish, creative writing and photo-documentary classes from their first days on the UGA Costa Rica campus to their trips into the Monteverde Biological Cloud Forest Reserve. It shows the Finca La Bella sustainable treehouse community, the Pacific Ocean beaches and the capital city of San Jose. The story is told from a student’s perspective and the project was created with help from student videographers and post-production editors.

“This documentary offers a great opportunity to see what a wonderful experience awaits those students who may be interested in traveling to our campus in Costa Rica,” said Quint Newcomer, director of UGA Costa Rica. “It’s been called ‘The Extraordinary Classroom’ by visitors and rightly so. Students, in just about every degree program offered by the university have studied at UGA Costa Rica, and without exception, their academic and cultural horizons have been enhanced significantly by the encounter.”

UGA Costa Rica was recently honored by GoAbroad.com with an Innovation in Sustainability Award for its core mission of studying, understanding and embodying the interconnectedness of human society within the natural environment. In bestowing the award, GoAbroad.com noted that the 155-acre campus is independently certified as a sustainable operation, achieving a score of 85 percent or higher in four key areas evaluated, including 100 percent in the assessment of employee relations and community engagement.

About UGA Costa Rica
UGA Costa Rica is a 155-acre, international residential and classroom facility located in San Luis, Costa Rica at the base of the Monteverde Cloud Forest. It is owned by the University of Georgia Foundation and hosts study abroad programs operated by the University of Georgia and other universities around the world. It is a center for research, study abroad, symposia and ecotourism. About two dozen annual degree credit programs are conducted on the campus during the fall, spring, May and summer terms. UGA Costa Rica works with more than 50 UGA faculty members across a range of academic disciplines. For more information on UGA Costa Rica, see www.externalaffairs.uga.edu/costa_rica.

WUGA-TV
WUGA-TV is a partnership between the University of Georgia and Georgia Public Television. This effort is bringing quality television programming to North Georgia utilizing the resources of the World Channel and through the development of local programming specific to the region. WUGA-TV funds program development through sponsorships and underwriting. Programming includes documentaries, live performances and news/public affairs shows.