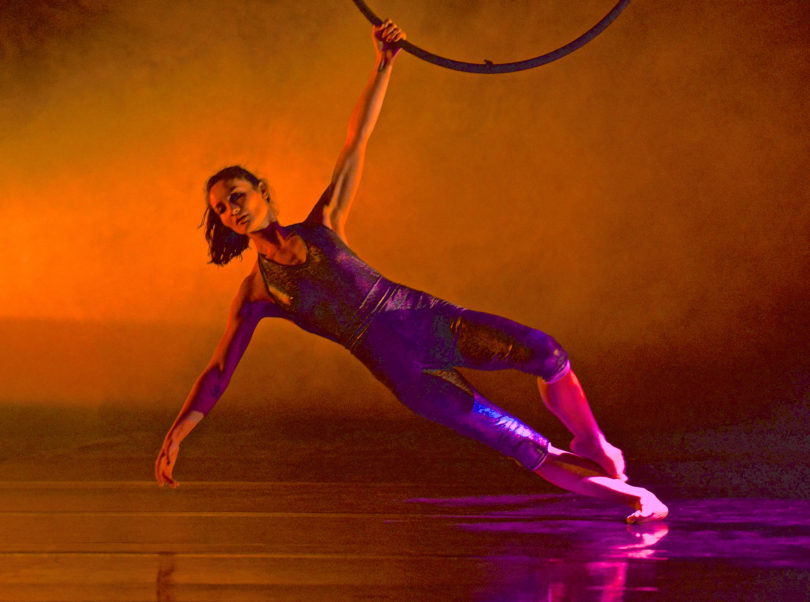 Movement and film engage with the study of the universe in an upcoming UGA dance collaboration and performance. The Franklin College of Arts and Sciences’ departments of dance, physics and astronomy, and theatre and film studies present DAAP Stellar and the Dream Chasers! 2014 featuring performances by the CORE Concert Dance Company, Feb. 26 through March 1 at 8 p.m. in the New Dance Theatre at the dance building.

Tickets are $16, $10 for students/seniors. Groups of eight or more students will receive a group rate of $5 per ticket. Tickets can be purchased at the Tate Student Center ticket office, online at pac.uga.edu or by phone at 706-542-4400. Tickets also will be available at the door beginning at 7 p.m. each evening of the concert.

Film-projected visual landscapes for the production were created by associate professor Mike Hussey and graduate students in the theatre and film studies’ dramatic media area. Live animated video mapping projections are designed and implemented by Adam Barfield, an Athens-based multimedia artist whose work for this project is supported by UGA Ideas for Creative Exploration.

The CORE Concert Dance Company will premiere an evening of dance and perform on bungee, single and triple trapeze, lyra, silks and the roue Cyr wheel.

More information is at coreconcertdance.com.