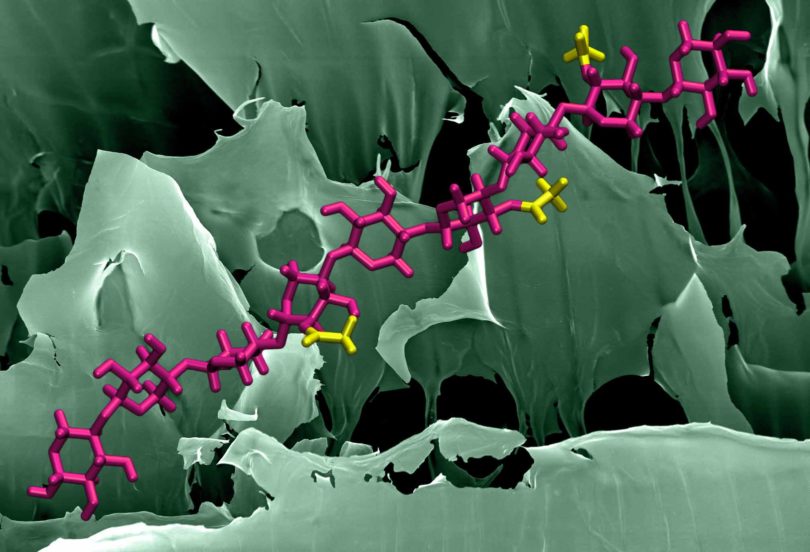 Athens, Ga. – The survival of the vast majority of plants, including those that people rely on for food, depends on their ability to build strong but flexible cell walls. A key component of these walls is a polysaccharide called xylan.

Now, researchers at the University of Georgia have discovered two proteins that play a critical role in the formation of this fundamental component of plant life, opening the doors for a new toolkit that may one day help scientists engineer improved plants for biofuels, construction materials, medicine and food production.

“The scientific community has identified a large number of proteins that the plant uses to assemble its cell walls, but it has been very difficult to identify those few proteins that are directly involved in the construction of key polysaccharides like xylan,” said Will York, professor of biochemistry and molecular biology in UGA’s Complex Carbohydrate Research Center and principal investigator of a CCRC research team that recently published the paper describing its results in The Plant Journal.

“The work we’ve done gives us the fundamental knowledge we need to manipulate plants for industry and agriculture,” said York, who is a member of the Bioenergy Science Center, a partnership of Oak Ridge National Laboratory, the University of Georgia and other university and industry partners. It is one of three bioenergy research centers established by the Department of Energy in 2007 to accelerate progress toward development of liquid biofuels that add an affordable, sustainable, domestically produced option to the nation’s energy supply.

Plants that don’t make enough xylan have weak cell walls, so they don’t grow normally and cannot transport life-giving water from the roots to the leaves. Xylan is the third most abundant glycopolymer on Earth after cellulose and chitin, and it forms a major component of wood, forage, biomass and dietary fiber.

“It’s remarkable when you consider that 30 percent of the wood around you, from your desk to the boards used to construct your house, is made of xylan,” said Breeanna Urbanowicz, lead author of the paper and postdoctoral researcher at UGA. “This is a critically important polymer.”

The construction of plant cells and fibrous tissue is an extraordinarily complicated process involving a huge number of genes that dictate every minute detail of plant growth and development. In that immense sea of biological data, however, are specific genes that are directly responsible for the development of polymers like xylan.

Through collaborations with other researchers at the CCRC, the team was able to identify two proteins, IRX 10-L and ESK1/TBL29, that are directly involved in xylan synthesis.

“These are proteins that actually do the really important work; they’re the molecular machines that the plant uses to synthesize the xylan,” York said. “The other genes are critical, but they play more of a supportive role by, for example, controlling how fast certain processes occur.”

These genetic processes are not only important for understanding how plants grow, but also how they can be more easily broken down into useful products like biofuels.

Through millions of years of evolution, plants have developed rigid support structures that allow them to grow tall enough for their leaves to efficiently harvest sunlight. These structures are strong and flexible because they contain xylan-rich cell walls. For the plant to survive, these cell walls must also be resistant to attack by insects and microbes.

Overcoming this inherent strength is a major obstacle to the fledgling biofuel industry, because it makes it more difficult to extract the energy-rich sugars locked inside the sturdy plant cells walls. Xylan plays a major role in this resistance, and the researchers hope that their discovery could help alternative energy companies make fuels more efficiently.

But an improved understanding of xylan stands to benefit other industries as well. Researchers could, for example, produce polymers used by the pharmaceutical industry without chemical pollutants or reliance on petroleum products commonly used in industry today.

Xylan is also a central component of dietary fiber found in breads and cereals, and it’s even critical for the production of beer.

Ultimately, more work is needed before their discovery turns into a marketable product or process, but York and his colleagues are optimistic about the future.

“We need to understand the fine points of these biological processes,” Urbanowicz said. “Now that we know the proteins that are involved in xylan development, we can make careful, controlled changes in plants that will ultimately make them more useful.”

The research reported in this article was supported by the U.S. Department of Energy’s BioEnergy Science Center and the National Institutes of Health (grant P41GM103390). Other UGA researchers on the project include Kelly Moremen, Heather Moniz and Maria Pena.

A full version of the paper is available at onlinelibrary.wiley.com/doi/10.1111/tpj.12643/abstract