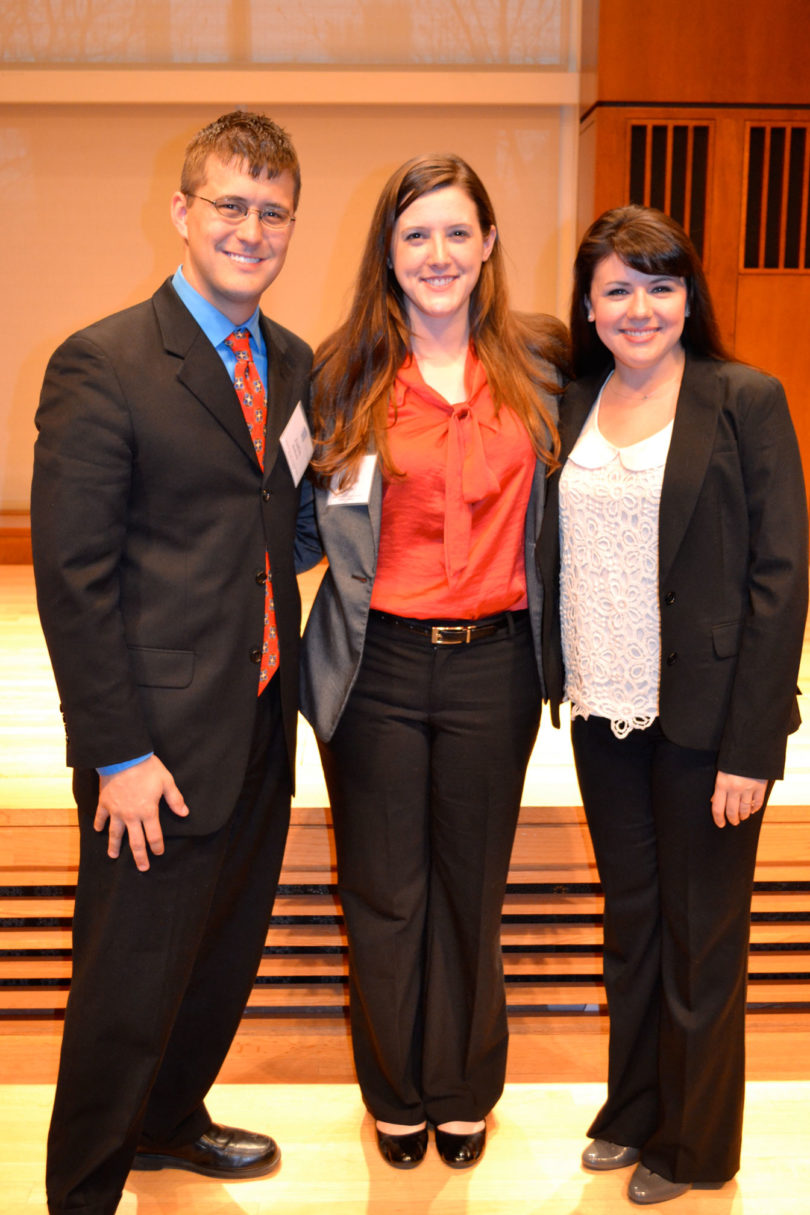 Athens, Ga. – A team of doctoral students from the University of Georgia School of Public and International Affairs was selected as a semi-finalist at the University of Pennsylvania’s annual National Invitational Public Policy Challenge held March 16-17 in Philadelphia’s National Constitution Center. Danielle Atkins, of Seymour, Tenn.; Grace Bagwell, of Boiling Springs, S.C.; and Justin Bullock, of Dallas, Ga., made up UGA’s Team PATCH and received a $5,000 prize to assist with the implementation of their proposed policy.

Hosted by the Fels Institute of Government at the University of Pennsylvania, the by-invitation-only policy competition challenges student teams to develop a comprehensive policy proposal and civic campaign plan to address an issue specific to their university’s community. UGA was among three schools named as semi-finalists, including the University of Chicago and New York University.

The UGA team, one of only nine schools to advance to the event in Philadelphia, proposed a web-based platform that connects organizations, donors and volunteers to better provide services aimed at alleviating poverty in Athens-Clarke County. Once live, Piecing Assistance Together for Charitable Helpers (PATCH), will be a free website that is expected to function much like a social networking site for groups and individuals.

“The Fels Policy Challenge is one of the premier competitions between students at the very best universities in the nation,” said W. David Bradford, the Busbee Chair in Public Policy in the department of public administration and policy and faculty adviser for Team PATCH. “Our success at this elite competition not only underscores the level of talent among our department’s students, it also highlights the opportunities for innovation and positive change that exist here in Athens, Ga.-not just New York, Chicago or Philadelphia.”

If additional funding can be secured, the team plans to have the site up and running in a pilot study in the fall of 2013, and then have the full site operational by the first quarter of 2014.

The National Invitational Public Policy Challenge is a partnership between the Fels Institute of Government and GOVERNING Magazine. The challenge is supported by The Knight Foundation, Deloitte Consulting and the University of Pennsylvania.