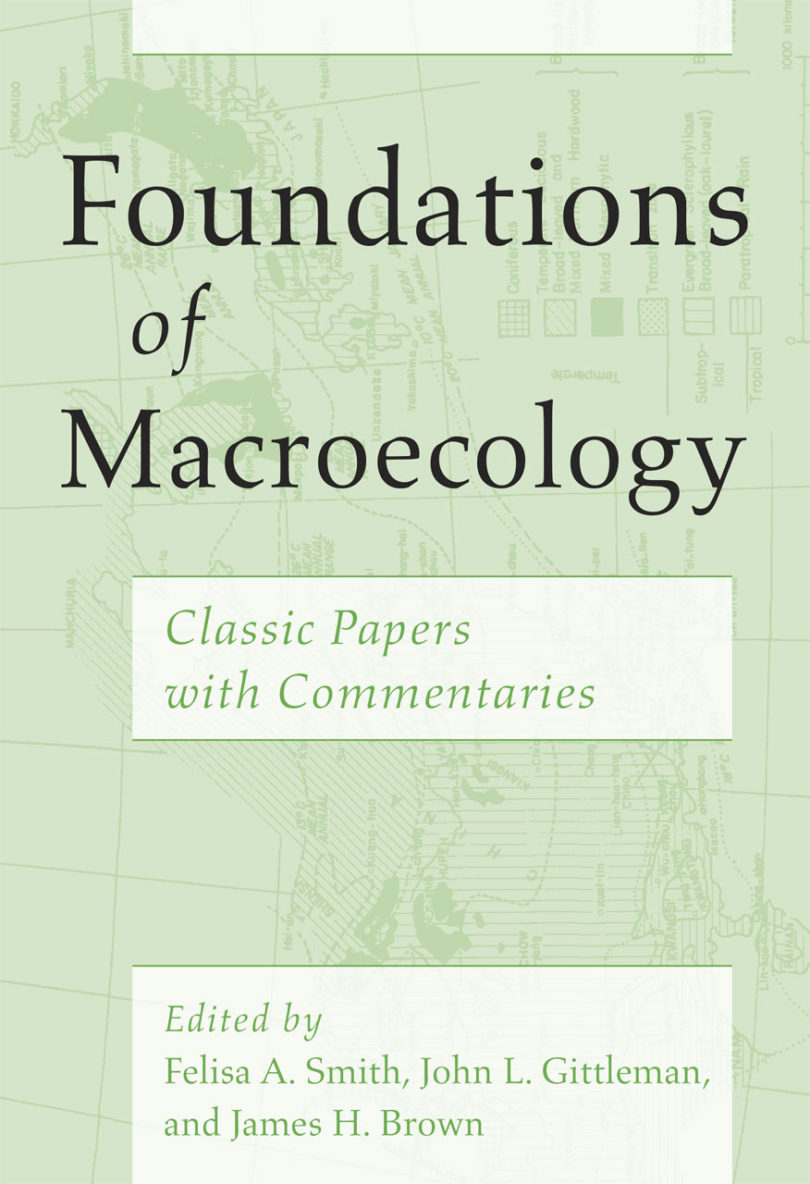 Foundations of Macroecology edited by Felisa A. Smith

Macroecology, a relatively new and fast-growing field within ecology, uses big data to answer big questions about the interactions among organisms and the environment, looking for repeated statistical patterns at large scales of time and space.

“Macroecology is a contemporary, very relevant field because when you think about big questions and big problems, that immediately takes you to hot topics like climate change, extinction and emerging infectious diseases,” Gittleman said. “The methodology is also very relevant today-what Microsoft and Google and all these data-driven, informatics companies are doing is essentially what macroecology does.”

The term macroecology was coined in 1989 by James H. Brown of the University of New Mexico—one of the book’s co-editors—and Brian Maurer of Michigan State University.

Brown, Gittleman and co-editor Felisa A. Smith, also of the University of New Mexico, conceived the idea for the book while they were part of a National Science Foundation-funded collaborative research team studying the macroecology of mammal body size.

“We thought that even though this science is relatively young, there are some really classic papers, and it would be useful to coalesce those to push the field forward,” Gittleman said.

The book contains 46 papers with publication dates ranging from 1920 to 1998. Each is accompanied by a commentary by a contemporary scientist explaining why the paper is important and how it fits into the history of macroecology.

Gittleman said that macroecology has in large part focused on four major problem areas: exploring the relationships between geographic area and number of species, geographic latitude and biodiversity, body size and metabolism, and body size and abundance.

“These iconic patterns directly relate to some of today’s critically important problems,” he said. These include issues such as how animals and plants are adapting to climate change, whether human infectious diseases like West Nile virus and Lyme disease emerge in areas of higher biodiversity or what effects habitat loss has on species extinction rates.

“These are important contemporary problems that draw on the methodology and science of macroecology,” Gittleman said. “This is a science for the future.”