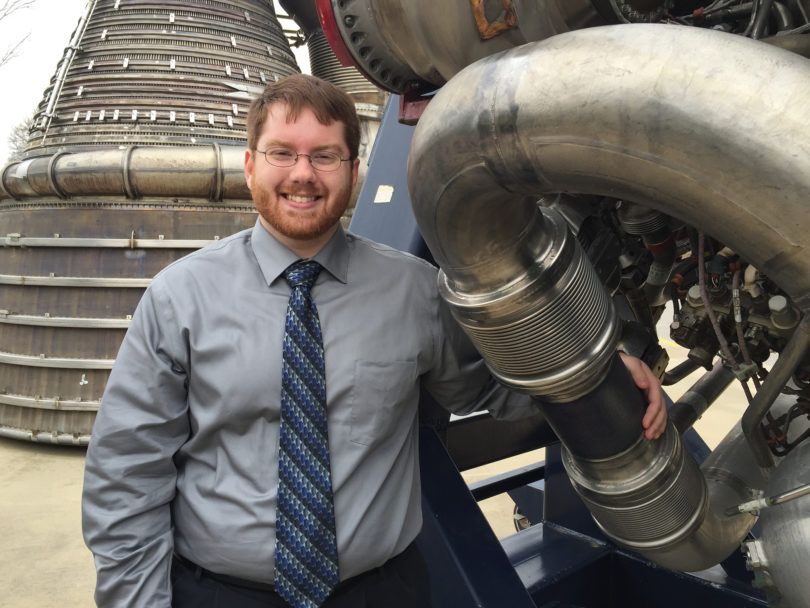 Athens, Ga. – Researchers at the University of Georgia College of Engineering are helping NASA determine if a key rocket component can withstand the rigors of the next generation of space flight.

The parts in question-bellows expansion joints-serve several functions in rocket propulsion systems, perhaps most critically as connectors between fuel and oxidizer lines and the rocket’s engines. While bellows joints have been used on rockets for decades, NASA wants to make sure a flow-induced vibration phenomenon in the joints doesn’t pose a risk for its new Space Launch System.

The SLS will be the world’s most powerful rocket and will launch astronauts into a new era of deep space exploration, including missions to an asteroid and eventually to Mars, according to the space agency. Four RS-25 engines, previously known as Space Shuttle Main Engines, will muscle the SLS into space on each of its missions.

“Bellows joints are specialty pipe fittings that have convolutes, or ridges, that give them the appearance of an old fashioned fireplace bellows or an accordion,” explained Ben Davis, an assistant professor in the college and a former NASA researcher. “The design of the bellows joint allows it to flex as the engine gimbals, or adjusts, to control the direction of thrust.”

Bellows joints also absorb thermal expansions and contractions in piping systems and isolate vibrations from one section of pipe to another, according to Davis. Unfortunately, the corrugated design that makes them so useful also makes the joints susceptible to flow-induced vibrations.

Davis, who specializes in research related to structural vibration and flow-induced vibration, and Stephen Higgins, a graduate research assistant, are using a grant from NASA to assess the structural integrity of bellows joints that are part of the RS-25’s design.

Davis says NASA currently uses a 30-year-old computer model based on empirical data to determine the potential stress on bellows joints. But now, the space agency is designing and building new joints outside the available database.

To better assess the joints’ ability to withstand the flow-induced stress, Davis and Higgins are developing a physics-based predictive model of the vibration phenomenon based on more modern modeling and simulation techniques.

“We need to know how these vortices interact with the bellows vibration, and we need to find a way to model what goes on inside the joint,” said Higgins, who is pursuing a master’s degree in engineering at UGA.

Higgins has been reviewing data from previous research into the phenomenon and designing a computational model to predict how bellows joints will perform. He and Davis plan to conduct flow testing later in the project.

UGA College of Engineering
The College of Engineering at the University of Georgia is one of the fastest growing public engineering programs in the nation. Since its founding in 2012, enrollment has tripled to more than 1,300 students. The college offers eight undergraduate degree programs—including the state’s only programs in agricultural, biochemical and biological engineering—and seven graduate degree programs. As a center for a diverse array of interdisciplinary research, the college has enjoyed a 50 percent increase in annual research awards since 2012. For more information, visit http://engineering.uga.edu/.