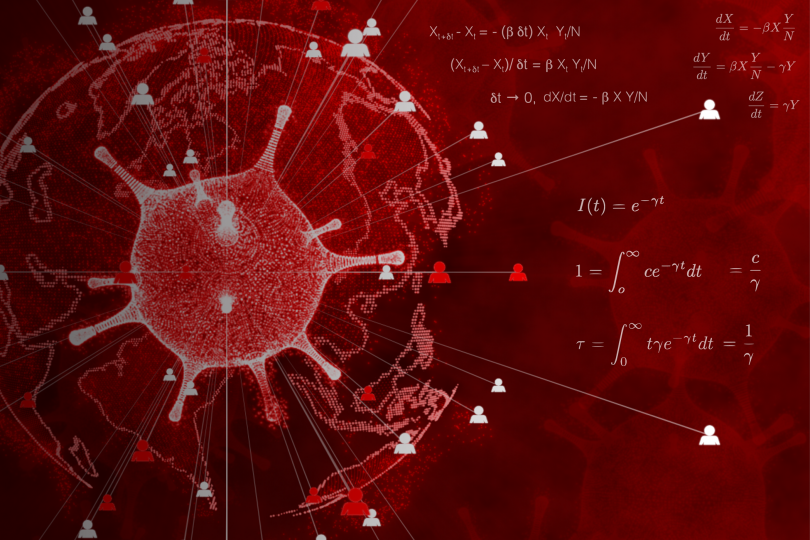 The National Institutes of Health has awarded the University of Georgia a contract to establish the Center for Influenza Disease and Emergence Research (CIDER). The contract will provide $1 million in first-year funding and is expected to be supported by the National Institute of Allergy and Infectious Diseases (NIAID), part of NIH, for seven years and up to approximately $92 million. Scientists in the multi-institutional center will work to increase understanding of influenza virus emergence and infection in humans and animals while also making preparations to combat future outbreaks or pandemics.

The contract is the university’s second major NIH award for influenza research in less than two years. These two awards represent a potential NIH investment of more than $220 million in UGA’s flu research, which unites scientists from a wide range of disciplines across the university.

“As the COVID-19 pandemic has demonstrated, an effective response to a fast-spreading infectious disease requires coordinated effort among multiple disciplines,” said UGA President Jere W. Morehead. “This latest award demonstrates the NIH’s continuing confidence in the research expertise and capacity of the University of Georgia’s top scientists.”

In addition to faculty from multiple units across UGA, CIDER will include external partners such as Boston Children’s Hospital, St. Jude Children’s Hospital, the University of Rochester and the University of Melbourne. It will be directed by S. Mark Tompkins, professor of infectious diseases in UGA’s College of Veterinary Medicine, and its deputy director will be Pejman Rohani, Regents’ Professor and UGA Athletic Association Professor in Ecology and Infectious Diseases in the Odum School of Ecology and College of Veterinary Medicine.

CIDER becomes part of a national network of Centers of Excellence in Influenza Research and Response established by the National Institute of Allergy and Infectious Diseases.

The dynamics of flu

Influenza viruses are categorized by four major types: A, B, C and D. Historically, most flu research has focused on flu A because its subtypes—such as H1N1 and H3N2—have caused most seasonal influenza disease and have been responsible for pandemic outbreaks in the past. Further, because flu A infects species other than humans, including birds and pigs, there is the ever-present danger of the spillover of a novel virus to humans. 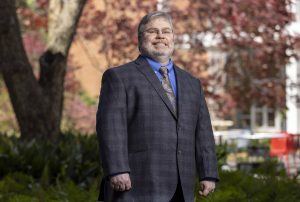 S. Mark Tompkins, professor of infectious diseases, will be director of CIDER. (Photo by Peter Frey/UGA)

In addition to flu A, research in CIDER will study flu B, which is almost exclusively found in humans. While flu B has not caused a pandemic to date, its lineages circulate seasonally just like flu A and regularly cause local epidemics, burdening public health. (Flu C and D essentially are found only in other species.)

“Influenza B is a significant human pathogen that competes every year with flu A, but surprisingly we know relatively little about it compared to flu A,” Tompkins said. “Through CIDER’s basic research, we want to better understand the transmission of these viruses, the resulting disease severity, and the host response to infection and disease. This work will enable development of better vaccines and better understanding for public health responses—particularly for flu but potentially for other pathogens.”

CIDER’s collaborative structure, involving national and international partners, will enable it to conduct not only basic research but also clinical work with both adults and children, including longitudinal studies of vaccine response among high-risk populations and those hospitalized with severe disease.

“The establishment of the Center for Influenza Disease and Emergence Research will bring leading researchers from a range of fields at the University of Georgia and other institutions together to address the urgent challenge that influenza poses to global health,” said S. Jack Hu, UGA’s senior vice president for academic affairs and provost.

A major thrust will be studying the evolution of flu virus as it replicates and moves among hosts. One interesting fact about flu B, Rohani said, is that its two major lineages appear to be evolving in different directions: one toward greater transmissibility among different hosts and the other toward a greater ability to infect the same host more than once. These two paths constitute different “life history strategies,” he said.

The contract is UGA’s second major NIH award for flu research in less than two years. In September 2019, UGA received a contract worth up to $130 million to establish one of several Collaborative Influenza Vaccine Innovation Centers across the country working to develop a “universal” flu vaccine that would be effective against any strain of the influenza virus that can infect humans. 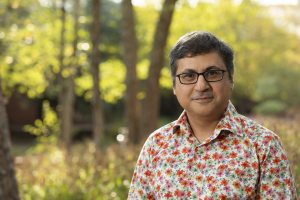 One of the many reasons UGA was selected to create CIDER so quickly on the heels of the 2019 CIVIC award is the collection of strengths the university brings to the challenge of flu and other infectious diseases. Tompkins and many of his fellow UGA virologists and immunologists are in the College of Veterinary Medicine, which is an asset in studying zoonotic diseases that spread between animals and humans.

The College of Veterinary Medicine researchers are complemented by computational biologists and bioinformaticists like Rohani, by epidemiologists in the College of Public Health, and by public health communication experts in the Grady College of Journalism and Mass Communication, in addition to scientists in other related fields around the university.

UGA is also home to a state-of-the-art biocontainment facility necessary to study live virus and the Complex Carbohydrate Research Center, a world leader in studying the complex sugars used by many viruses—including both flu and SARS-CoV-2—to bind to their hosts.

“We have a lot of different pieces that can create these synergies to make us a national leader in this area,” Tompkins said. “Building this capacity is not something that happens overnight—this has been an area of focus at different levels over many years.”

This wide-ranging expertise will better enable UGA to provide training opportunities for the next generation of scientists, another facet of CIDER’s activities. CIDER will award pilot grants to junior faculty to develop research projects around flu and stage regular workshops that pull together multiple specialties and demonstrate firsthand the value of interdisciplinary collaboration.

“CIDER is yet another positive reflection of the deliberate, strategic investments UGA has made in interdisciplinary infectious disease research over the past two decades,” said David Lee, vice president for research. “Thanks to these investments, UGA is now in a position to lead a team of outstanding institutions to mitigate the impacts of this ongoing public health challenge.”

This project has been funded in whole or in part with Federal funds from the National Institute of Allergy and Infectious Diseases, National Institutes of Health, Department of Health and Human Services, under Contract No. 75N93021C00018.