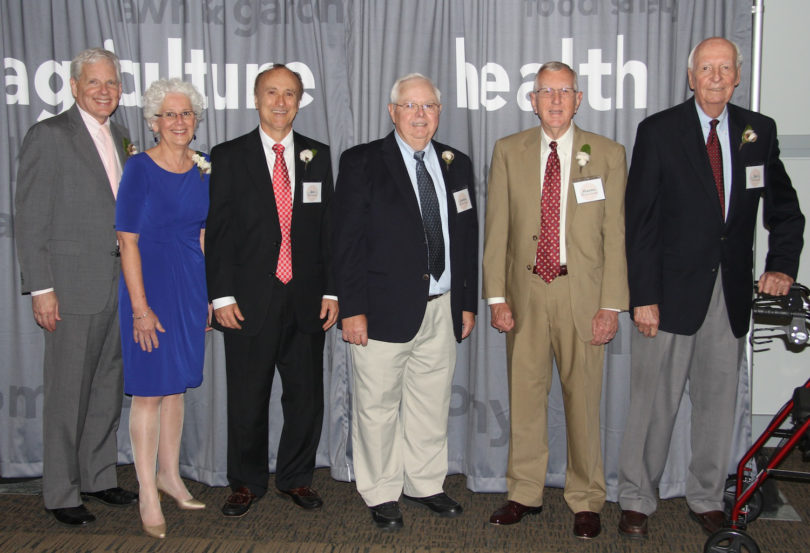 On May 15, UGA Extension celebrated its 100th anniversary with the opening of a multimedia museum exhibit in the Richard B. Russell Building Special Collections Libraries highlighting the impacts the organization has had over the past century.

“Today, we face a new list of pests, problems and challenges, but we are confident our Extension experts and educators will meet them head on. We look forward to another century of service to Georgians.”

UGA Extension, originally known as the UGA Cooperative Extension Service, was officially founded in 1914 through the Smith-Lever Act, a federal law that established and funded a state-by-state national network of educators who would bring university-based research and practical knowledge to the public.

Today, Extension in the state of Georgia is a cooperative effort by federal, state and local government partners administered by the university.

“For millions of Georgia’s citizens, Extension is their connection to the University of Georgia. For a century, Extension has carried out a simple but important mission-to connect the people of Georgia with the vast resources of the university in ways that improve their lives and livelihoods,” said UGA President Jere W. Morehead. “We are proud of the impact we have across the state and pledge to continue to find ways to serve Georgians.”

The centennial museum exhibit, located in the Russell Special Collections Building, features personal anecdotes and a timeline of important events throughout the history of UGA Extension. It will be open for public tours through the end of June and will travel throughout the state later this summer.

As part of the exhibit’s gala opening, Rep. Chuck Williams, R-Watkinsville, and Sen. Bill Cowsert, R-Athens, presented resolutions recognizing the centennial to Dean J. Scott Angle of the UGA College of Agricultural and Environmental Sciences and to University System of Georgia Chancellor Hank Huckaby. The resolutions, passed by the Georgia General Assembly this past winter, recognize UGA Extension as a source of timely, research-based education and information that has helped to transform Georgia’s farms, families and communities over the last century.

An expanded version of the exhibit is available online at 100years.extension.uga.edu. The dynamic website shares the history of UGA Extension through articles, pictures, videos, timelines and personal stories. The public can join in the celebration by visiting the site and sharing how Extension has touched their lives.