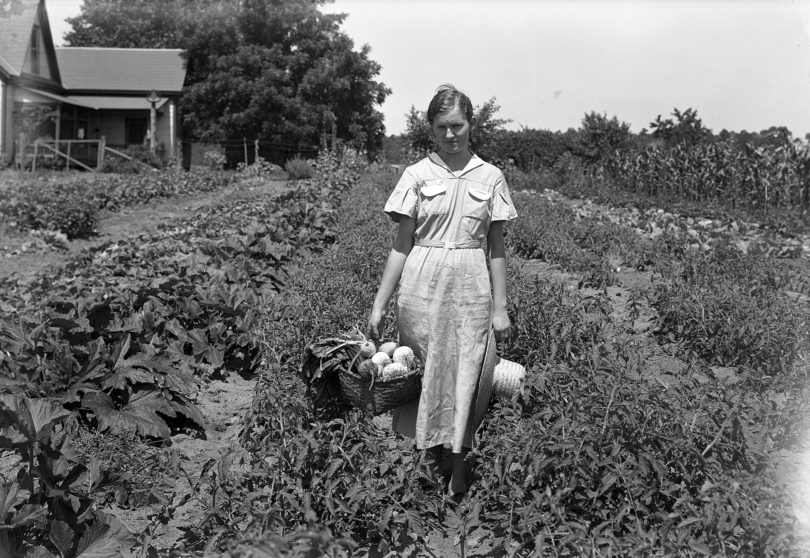 This 1935 photo of Doris Lester Dellinger

UGA Extension joined with the university community and Georgians across the state last month to celebrate 100 years of community-centered information, education and service.

On May 15, UGA Extension celebrated its 100th anniversary with the opening of a multimedia museum exhibit in the Richard B. Russell Building Special Collections Libraries. The exhibit highlights the impact the organization has had over the past century.

“When you look back on this legacy, the last 100 years, what resonates is the elimination of diseases, the development of new and innovative practices that made a difference for the people of Georgia and the ability to look to the future and get ahead of particular trends or particular initiatives and lead the way for others in the state,” said UGA President Jere W. Morehead. “What I appreciate the most about Extension is not what it’s done in the past, but what it’s doing now and what it will do in the future. Because without the kind of work that’s being done in Extension, we can be certain that we would not have the bright and vital future that we need for this state.”

In conjunction with the centennial celebration, UGA Extension has partnered with the Digital Library of Georgia to make available to the public photos taken by Extension agents and photographers through the years to help identify crop diseases, demonstrate best farming practices and document community events.

The first 1,292 photos of the collection were released this month and are available at http://dlg.galileo.usg.edu/CollectionsA-Z/caes_search.html. This first set of photos contains numerous shots of grain crops, livestock shows and forage fields from across the state. The bulk of the prints date from the 1930s to the 1960s, but some are from as early as the 1900s.

Archivists are busy scanning and cataloging the rest of the negatives and documents that are in the UGA Extension collection. Each negative sleeve contains between one and 20 negatives. The size and scope of the collection provides an excellent photographic record of Georgia folk life and farm life, said UGA archivist Caroline Killens, who is managing the project.

“What makes this collection so valuable is that many of the photos came with some type of documentation,” Killens said. “Many of these negatives came with notes about the event and subject of the photos and often with the place where they were taken and the photographer’s name.”
The museum exhibit features personal anecdotes and a timeline of important events throughout the history of UGA Extension. It is open for public tours through the end of June and will travel throughout the state later this summer.

As part of the exhibit’s gala opening, Rep. Chuck Williams (R-Watkinsville) and Sen. Bill Cowsert (R-Athens) presented resolutions recognizing the centennial to J. Scott Angle, dean of the UGA College of Agricultural and Environmental Sciences, and Chancellor Hank Huckaby. The resolutions, passed by the Georgia General Assembly this winter, recognize UGA Extension as a source of timely, research-based education and information that has helped to transform Georgia’s farms, families and communities over the last century.