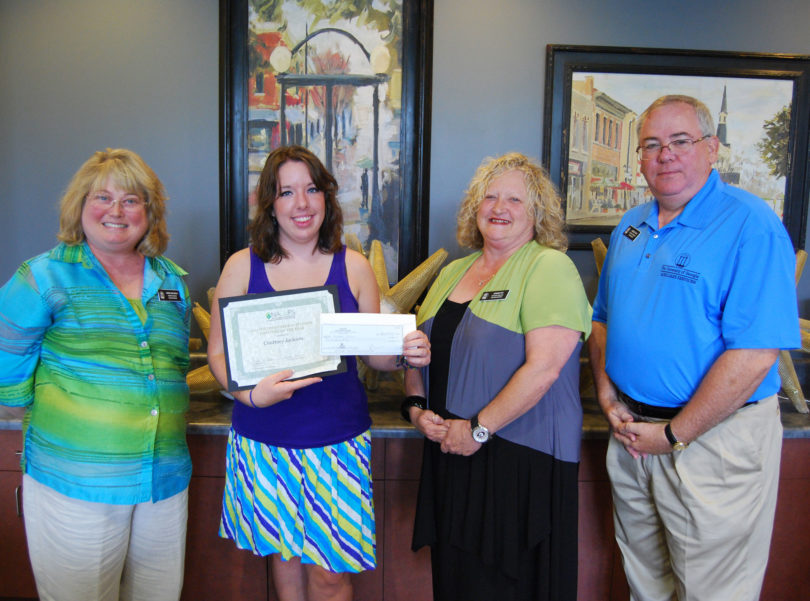 Athens, Ga. – Courtney Jackson, a University of Georgia Food Services student employee, recently received the student employee of the year award from the National Association of College and University Food Services Southern Region. The recognition is presented annually to a student who best exemplifies reliability, quality of work, initiative, teamwork and contribution to their employer.

Jackson joined food services in 2010 as a student cashier for the department’s campus eateries, which is comprised of seven satellite operations on campus, and was later promoted to student manager. As a student manager, Jackson works with a full-time supervisor for the campus eateries to ensure proper closing procedures are followed, inventory levels are accurate, work performance of employees is appropriate and proper sanitation guidelines are followed. She also advises student employees on the balance between work and academic life.

As well as serving as a student manager, Jackson worked on the 2011 Food Services Orientation Host Team, welcoming parents and freshmen to campus and assisting with meal plan sales.

Originally from Covington, Jackson currently is working on her bachelor’s degree in international relations with a minor in Spanish. She plans to pursue a master’s degree in non-profit organizations. She is involved in various campus activities, including the Baptist Collegiate Ministries, the Peace and Security Committee with Model African Union, First Book UGA, Shop with a Bulldog, Make a Wish Foundation and Relay for Life.