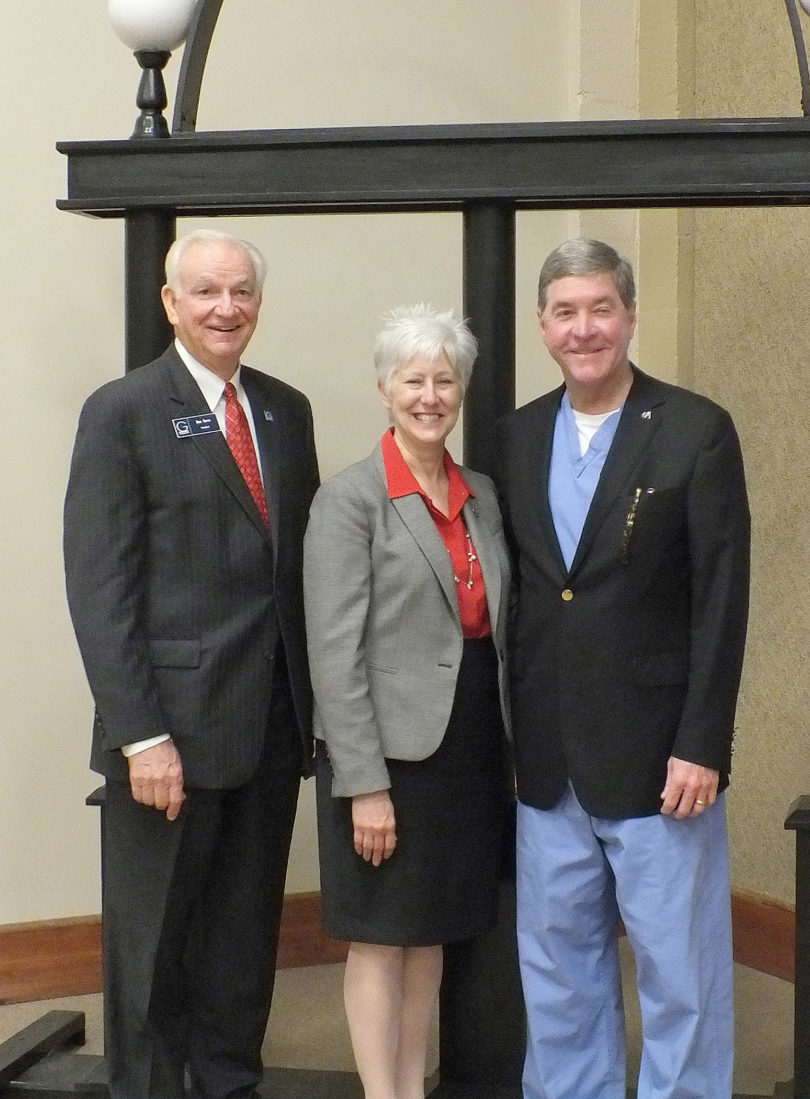 The event included a welcome from Doris Christopher, assistant vice president for academic affairs and director of academic programs at the UGA-Griffin campus, as well as remarks by UGA Vice President for Instruction Laura Jolly, Gordon State College President Max Burns and Board of Regents member Tommy Hopkins (Griffin), who has been heavily involved in the transfer articulation agreement process between the two institutions. City and county officials also were on hand to show support for the partnership of the two institutions.

This agreement is aligned with the Complete College Georgia initiative that launched in 2012 under the direction of Gov. Nathan Deal, the University System of Georgia and the Technical College System of Georgia. Georgia’s Higher Education Completion Plan addresses a critical need for young adults to complete a college degree to remain competitive in Georgia’s work force.

Institutions across the state are collaborating to increase the number of young adults with a certificate or degree, while maintaining a commitment to quality. Three areas of primary focus include partnerships and accountability, performance, and college readiness and access.

Signing of the articulation agreement continues the partnership between the University of Georgia and Gordon State College in support of Georgia’s goal of increasing the number of college graduates to 60 percent by 2020.

“This is an exciting partnership between Gordon State College and the University of Georgia in serving the educational and workforce needs of Griffin-Spalding County and the south metro area,” said Burns. “We are committed to providing a degree closer to home and assisting prospective students from Gordon State College to progress toward their baccalaureate goals at UGA.”

“Our goal is to minimize the barriers and provide a clear path to complete a college degree. This partnership between Gordon State College and the University of Georgia is a commitment from both institutions to increase the number of college graduates in order to make degree attainment possible for more students in this region of the state,” said Jolly.

Advisers at UGA-Griffin and Gordon State College who specialize in transfer information for the preferred UGA program will work with students to follow a course of study that allows them to begin upper-level coursework immediately upon transfer. Students who meet the terms of their approved transfer agreement will be admitted to the University of Georgia.

About UGA-Griffin
Located approximately 40 miles south of Atlanta, the University of Georgia Griffin campus offers undergraduate and graduate majors from five of UGA’s schools and colleges. The varied programs and services on the Griffin campus represent the university’s overall mission of teaching, research and service. Consistently ranked as one of the best universities in the country in U.S. News & World Report’s list of the top public campuses in America, UGA is considered one of the best values among 100 public colleges and universities in Kiplinger’s magazine. The UGA Griffin campus was named a 2013 Best College by the Griffin Daily News. For more information, see http://uga.edu/griffin.