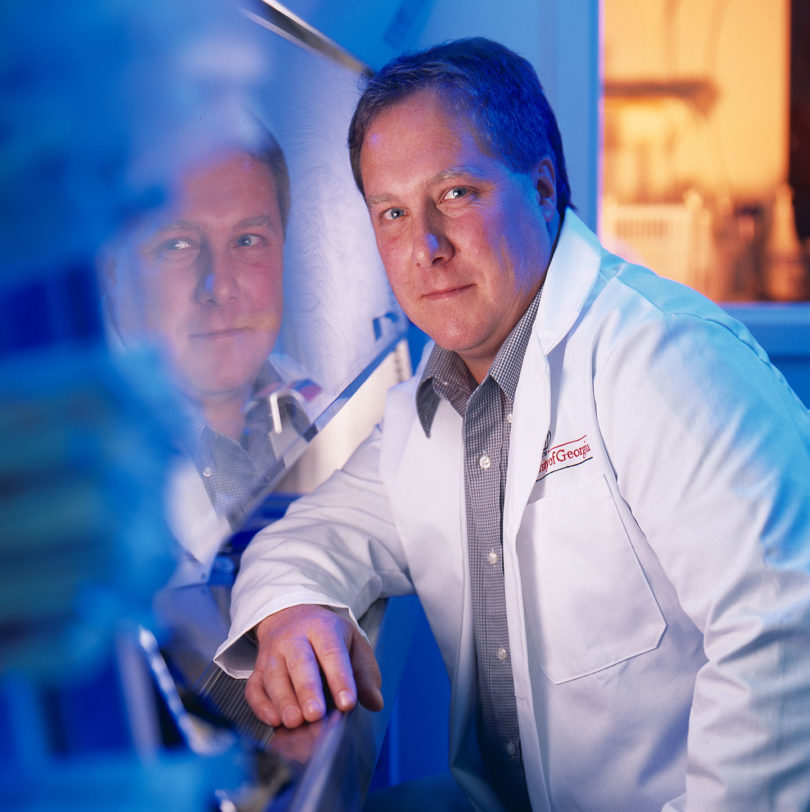 Athens, Ga. – The University of Georgia announced today that it is a Grand Challenges Explorations winner, an initiative funded by the Bill & Melinda Gates Foundation. Ralph A. Tripp, a professor in the College of Veterinary Medicine’s department of infectious diseases and the Georgia Research Alliance Eminent Scholar in Vaccine Studies, will pursue an innovative global health and development research project, titled “Improved Vaccine Technology to Eradicate Polio.”

“GCE winners are expanding the pipeline of ideas for serious global health and development challenges where creative thinking is most urgently needed. These grants are meant to spur on new discoveries that could ultimately save millions of lives,” said Chris Wilson, director of Global Health Discovery at the Bill & Melinda Gates Foundation.

To receive funding, Trippand other Grand Challenges Explorations Round 6 winners demonstrated in a two-page online application a bold idea in one of five critical global heath and development topic areas: polio eradication, HIV, sanitation and family health technologies, and mobile health. Applications for the current open round, Grand Challenges Explorations Round 7, will be accepted through May 19, 2011.

The purpose of Tripp’s project is to utilize an innovative RNA interference approach to lead to the discovery and development of an enhanced poliovirus vaccine cell line by silencing non-essential host cell genes, which inhibit virus replication. This project will be developed by members of a unique academic-industrial-government consortium that includes the University of Georgia, Thermo Fisher Scientific, and the Centers for Disease Control and Prevention.

Co-investigators on the project include: Jon Karpilow, of the Biosciences business within Thermo Fisher Scientific, who has worked in programs associated with siRNA and shRNA design, as well as applications of RNAi technology to bioprocessing; Mark A. Pallansch, William J. Bellini, Steve Oberste and Paul A. Rota, all from the Division of Viral Diseases at the Centers for Disease Control and Prevention.The CDC Team will work with the University of Georgia and Thermo Fisher to develop the methods to identify candidate cellular genes for silencing, and to evaluate cells lines capable of enhanced vaccine production.

About Grand Challenges Explorations
Grand Challenges Explorations is a US$100 million initiative funded by the Bill & Melinda Gates Foundation. Launched in 2008, Grand Challenge Explorations grants have already been awarded to nearly 500 researchers from over 40 countries. The grant program is open to anyone from any discipline and from any organization. The initiative uses an agile, accelerated grant-making process with short two-page online applications and no preliminary data required. Initial grants of $100,000 are awarded two times a year. Successful projects have the opportunity to receive a follow-on grant of up to US$1 million.