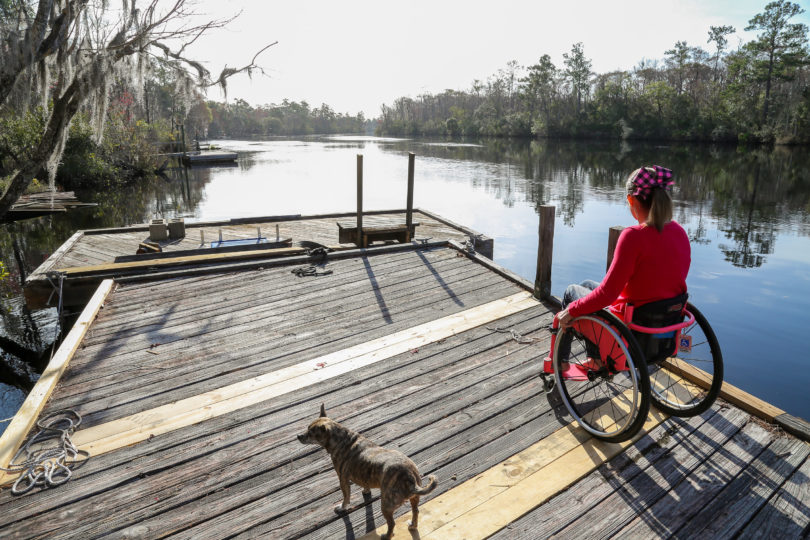 Kingsland, Georgia, resident Ashley Cooper-Heath lives right on the St. Mary's river. Her septic tank and those of her neighbors were mapped through the Marex program and identified at risk for possible groundwater contamination. (Submitted photo)

Ashley Cooper-Heath and her husband had lived in a house on the banks of the St. Mary’s River in Camden County for about a decade when they noticed that their septic tank was leaking, spilling sewage into the river.

“I really didn’t want to have to spend the money replacing it, but I knew at some point we were going to have to,” Cooper-Heath said.

“I understand why they don’t dig into the ground because we’re right next to the water and if anything should leak it goes into the (river),” Cooper-Heath says. “Everybody is starting to see the importance now.”

Fortunately for other property owners along the coast, the University of Georgia Marine Extension and Georgia Sea Grant are mapping every septic system in an 11-county region and adding that information to a database that helps officials recognize and address septic system failures before a serious public health crisis can occur. It also will help communities better plan when they need to install new septic tanks to accommodate growth.

“Georgia is one of the first states in the country to develop a comprehensive inventory of existing septic tanks in the entire coastal region,” says Mark Risse, director of UGA Marine Extension and Georgia Sea Grant and lead on the septic system mapping project. “This should allow us to better manage these systems in the future and avoid problems that other rapidly growing coastal areas have experienced.”

Camden County was one of the first of the coastal counties to address the problem of failing septic tanks. Most of the failing systems were installed in areas with poor soil that were prone to flooding, said Terry Ferrell, environmental health manager for the Camden County Coastal Health District. They were also installed before 2000, when the state passed a rule requiring septic tanks be separated from the groundwater table by at least 1 to 2 feet. 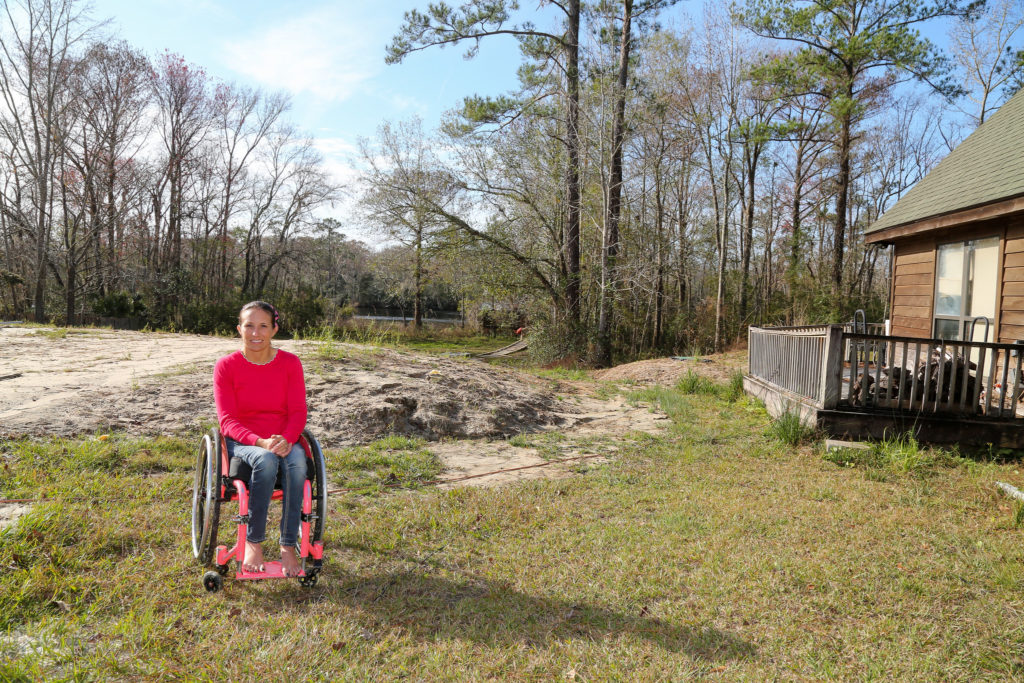 Ashley Cooper-Heath in front of her new tank. (Submitted photo)

Since replacing the failing or failed systems, water quality samples taken near those sites have shown a decrease in bacteria levels. Ferrell said 20-30 septic systems in the watershed will be replaced in the next phase of the project.

In rural Georgia, where centralized wastewater treatment facilities are few and far between, most homes rely on underground septic systems to store and treat wastewater. Each system has its own drain field where effluent from the tank is slowly discharged into the soil, which treats the wastewater by removing harmful bacteria and nutrients before reaching the groundwater.

The problem is that as sea levels rise, so too does the groundwater table, leaving less soil to filter out contaminants before it reaches the groundwater. Increased flooding also leaves the ground more saturated, rendering the drain field temporarily ineffective and leading to septic system failure. These hazards are threatening as many as 60,000 septic systems in coastal Georgia.

When septic failures occur, bacteria and viruses from human waste can enter the groundwater and coastal waterways, making people sick. Coming into contact with this polluted water may result in symptoms that range from vomiting to more severe illnesses like typhoid or dysentery. Poor water quality can also shut down public beaches and restrict shellfish harvesting in certain areas, impacting Georgia’s tourism and commercial fishing industries. Excess pollutants from failing systems that make their way to tidal creeks and estuaries can cause algal blooms, which deplete oxygen levels in the water and kill fish. 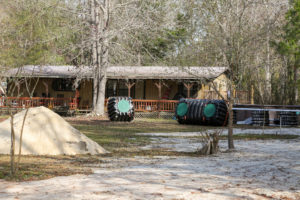 “As sea level rise leads to a higher groundwater table, and encroaches on the septic drain field, even the newer systems will begin failing,” says Scott Pippin, a faculty member with UGA’s Carl Vinson Institute of Government. Both the Vinson Institute and Marine Extension and Georgia Sea Grant are UGA public service and outreach units. “It is important that communities have plans in place to deal with these issues down the road.”

That’s where the database becomes essential. With funding from the Department of Natural Resources Coastal Resource Division and the Environmental Protection Agency, the inventory has been expanded to show which septic systems might be at risk based on factors like flooding, sea level rise or pollution. Anyone can access the data to make informed decisions about installing septic systems in certain locations. It also makes it easier for conservation groups and researchers to study or better monitor high risk areas.

So far, the septic inventory includes 57,865 septic tanks in eight of the 11 counties. The team is still entering data from Charlton, Brantley and Wayne counties.

Pippin, in partnership with the UGA Institute for Resilient Infrastructure Systems, has funding from the National Oceanic and Atmospheric Administration to use the septic inventory to assess present and future vulnerabilities of septic systems in Bryan County, west of Savannah and home to the Fort Stewart Army Base.

According to the 2016 U.S. Census, Bryan County was the second fastest-growing county in Georgia. As population growth and coastal development increases, improving management and planning for future on-site septic systems in these vulnerable, rural areas becomes increasingly important.