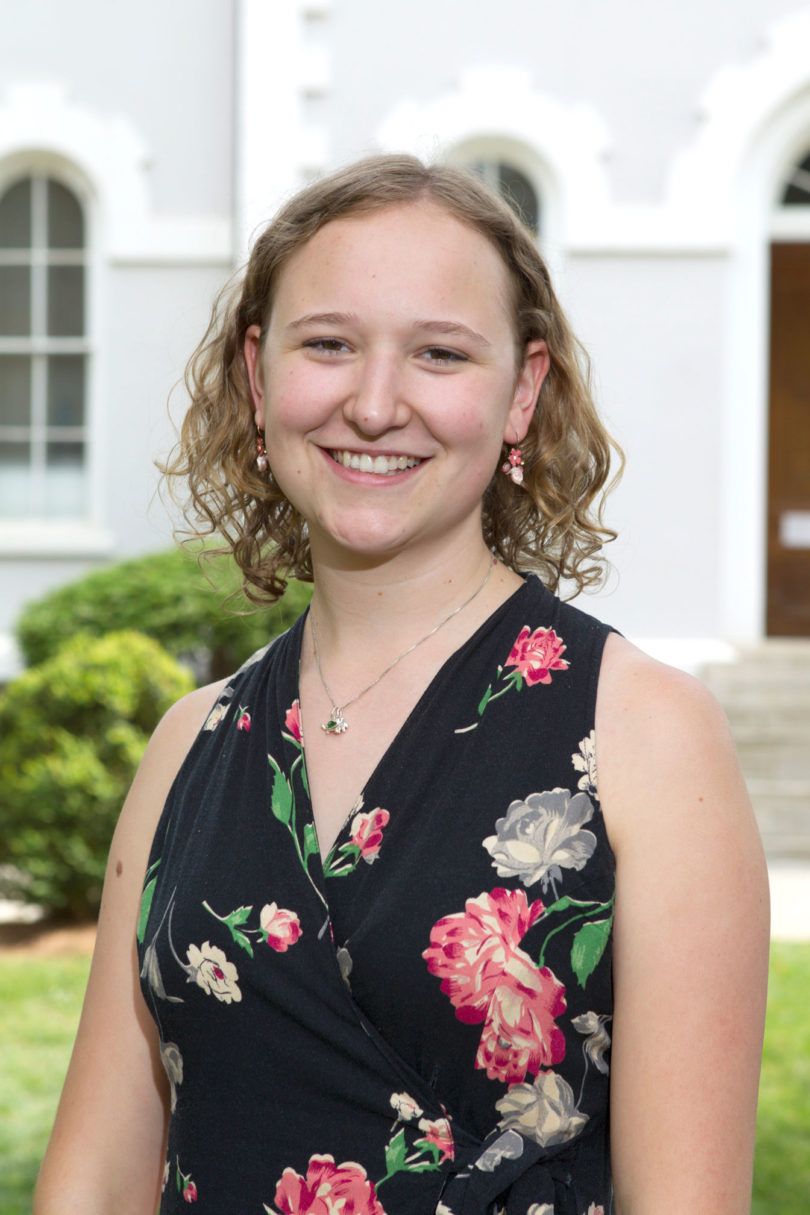 Athens, Ga. – University of Georgia Honors student Theresa Stratmann will discuss her research with members of the Georgia and South Carolina congressional delegations as part of the Council for Undergraduate Research Posters on the Hill Program.

Stratmann, a senior from Irmo, S.C., who is pursuing a bachelor’s degree from the Odum School of Ecology and conducts research through the Warnell School of Forestry and Natural Resources, was one of 60 students nationwide chosen from 800 applicants to participate in the program, which will be held April 23 and 24.

“I am very proud of Theresa,” said David S. Williams, associate provost and director of UGA’s Honors Program. “She is a very impressive student, as evidenced by the fact that she is a recipient of both the Goldwater and the Udall scholarships, quite a rare feat. Theresa is passionate about protecting endangered species and has already presented on this topic at four undergraduate research conferences and two national meetings. She has a very promising career ahead in conservation biology, and I look forward to following her work in the future.”

Stratmann was named a Goldwater Scholar and Udall Scholar in 2012 and in 2013 received the Blue Key AT&T Leadership Award. She works at the interface of conservation biology and mathematics. She currently is creating a species distribution model that will help identify potential habitats for rare and endangered species, and she is applying her research to the endangered bog turtle. Her research mentor is UGA vertebrate ecologist John Maerz, associate professor in the Warnell School, who will join her when she presents her research this month.

“Theresa is among the top undergraduates I have ever mentored,” Maerz said. “She is exceptionally bright, hard working, genuine and generous. She serves a number of student organizations with enthusiasm, and is constantly out in the community doing outreach events for children and the public.”

Stratmann has participated in educational outreach efforts as a wildlife technician for the Georgia Department of Natural Resources and as a volunteer with UGA’s Game Day Recycling Initiative. As co-president of UGA’s Herpetological Society, she has organized and led community events to raise awareness about reptiles and amphibians. She also has volunteered in the herpetology department of the Riverbanks Zoo in Columbia, S.C.

Through UGA’s Herpetological Society, Stratmann has coordinated educational events about amphibians and reptiles. She studied in UGA en Buenos Aires Spanish language program in fall 2012 so that she can reach broader audiences for her conservation work in Georgia. After graduation, Stratmann aims to pursue a doctorate in conservation biology with emphasis in mathematical biology and herpetology.

In addition to meeting with members of Congress, participants will visit the National Institutes of Health, Smithsonian Institution Museum of Natural History and other D.C. research and government institutions. The event also includes a poster session as well as panel discussions and trainings on government relations.

The Council on Undergraduate Research was founded in 1978 and supports and promotes high-quality undergraduate student-faculty collaborative research and scholarship. Its membership includes nearly 7,000 individuals and more than 600 colleges and universities.