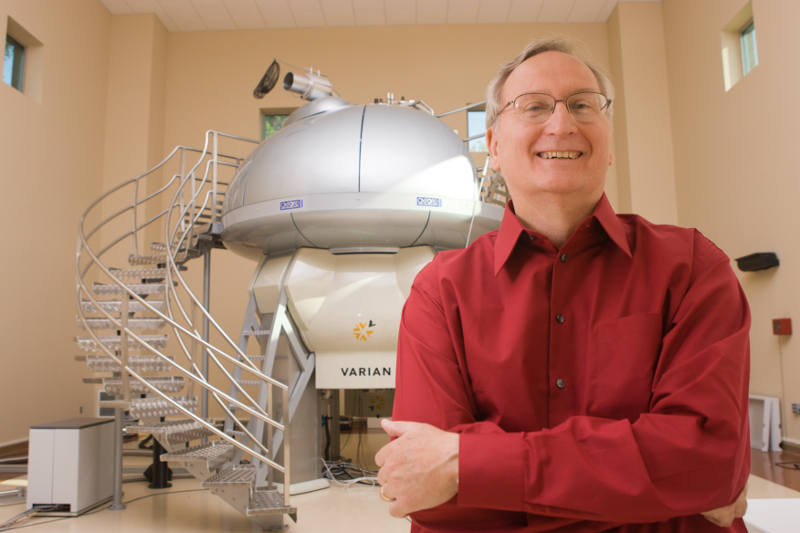 Will York stands before a large MRI device at the Complex Carbohydrate Research Center. (UGA photo)

Glycans, or complex sugars, cover the surfaces of our cells and play a key role in biological processes ranging from interacting with other cells to recognizing and fighting pathogens. With cancer, for example, they mediate the mechanisms controlling cell division, growth and mobility that affect tumor development.

Glycans are ubiquitous, but complicated, requiring researchers to understand multiple disciplines in order to explore their roles in health and disease. But a new informatics portal, built by a University of Georgia-led team, is bridging that gap and helping to illuminate the world of glycoscience.

UGA partnered with George Washington University to create GlyGen (glygen.org), a glycoscience informatics portal funded by a $10 million grant from the National Institutes of Health. GlyGen brings disparate information together in a unified way, reducing the learning curve for those new to glycoscience.

“We’re integrating different types of multidisciplinary information that’s stored in different places and making it available to scientists in ways that allow them to understand the relationships that exist,” said York, professor of biochemistry and molecular biology in the Franklin College of Arts and Sciences and member of the Complex Carbohydrate Research Center.

The data integration team is led by Raja Mazumder, co-principal investigator and associate professor of biochemistry and molecular medicine at George Washington University’s School of Medicine and Health Sciences.

Two years into the five-year project, the team has launched GlyGen and is asking users for feedback to guide the next phase of development. There’s still a long way to go, but York is pleased with the team’s progress.

“This is a good place to start,” he said. “There are no other glycan and glycoscience resources out there that are as integrated.”

Creating Shakespeare in the Wild West

Learning to work with glycans is challenging for everyone—even experts in related fields like biology or biochemistry have to ascend the learning curve, according to York.

“You can’t be an expert in just one area and understand glycoscience,” he said. “You have to have a really multidisciplinary viewpoint.”

Unlike nucleic acids, proteins and lipids, glycans are not created from a DNA-directed template. They’re the product of a complicated process affected by multiple genetic and environmental factors.

“Understanding how glycans are made is not simple, but it’s critical to understanding how they work in an organism,” York said. “The structures are complex and poorly understood, and so are the relationships between them.”

“We’re figuring out how to homogenize the data in terms of semantics so it can be usable, so researchers can make correlations to other types of data,” York said. “Up till now, it’s been a bit like the Wild West.”

The goal is to describe things in a way that makes sense to everybody—a difficult proposition when the subject is glycoscience, according to York.

Glycans play central roles in almost every biological process that you can imagine, according to York.

“All organisms have glycans, and if you get rid of them, you have an organism that’s sick or can’t live,” he said. “That indicates they are involved in critical mechanisms that enable life.”

When cancer is present, understanding the glycan structures in healthy versus diseased cells gives researchers clues about where to look for the biological mechanisms that caused the change, providing a potential target for pharmaceuticals.

With influenza, glycans play a role in the interaction of pathogen and host. When there’s a new strain of influenza, or a strain that jumps species (such as avian flu infecting humans), the molecules that recognize and process glycans change—that recognition is part of how infection occurs. Understanding the roles of glycans in molecular recognition sheds light on the initial phases of infection and can provide insight leading to new ways to block it.

GlyGen will allow scientists to compare data and make connections in an environment that provides context. The most promising areas for breakthroughs based on glycoscience are in understanding cancer, infectious diseases and issues involving development and nutrition, according to York.

“We are not going to solve these problems with GlyGen, but our tools and information resources will help scientists develop specific hypotheses in these areas,” he said.

“The potential is incredibly huge, and that’s why we do it.”