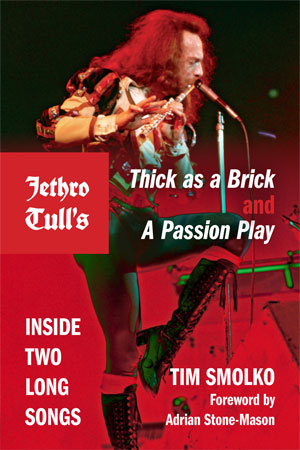 Since the 1960s, British progressive rock band Jethro Tull has pushed the technical and compositional boundaries of rock music by infusing its musical output with traditions drawn from classical, folk, jazz and world music.

The release of Thick as a Brick (1972) and A Passion Play (1973) won the group legions of new followers and topped the Billboard charts in the U.S., among the most unusual albums ever to do so.

Author Tim Smolko—a librarian at UGA—explores the large-scale form, expansive instrumentation and complex arrangements that characterize these two albums, each composed of one continuous song in his book Jethro Tull’s Thick as a Brick and A Passion Play.

Featuring insights from Ian Anderson and in-depth musical analysis, Smolko discusses the band’s influence on popular culture and why many consider Thick as a Brick and A Passion Play to be two of the greatest concept albums in rock history.