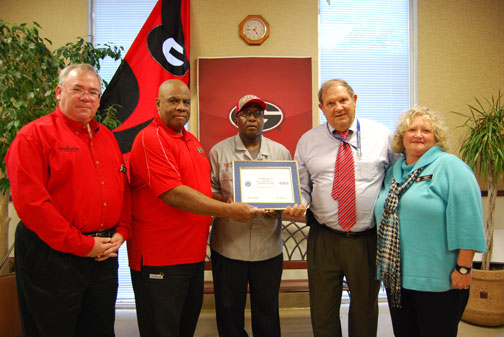 UGA employee Theodis Hammock, who works as a cook in Oglethorpe Dining Commons and currently serves as a cook in the Army National Guard, nominated Tate.

“Chef Tate has always been highly supportive of my National Guard service, even when I am called on short notice,” said Hammock.

“It’s the support I receive from my leadership in food services that allows me to work with Theodis during the times he is with the Guard,” said Tate. “In addition, I am proud of my team who always steps up when Theodis is called to service.”

Now that Tate has received this award, he may be considered for future recognitions within the National Guard and Reserve.