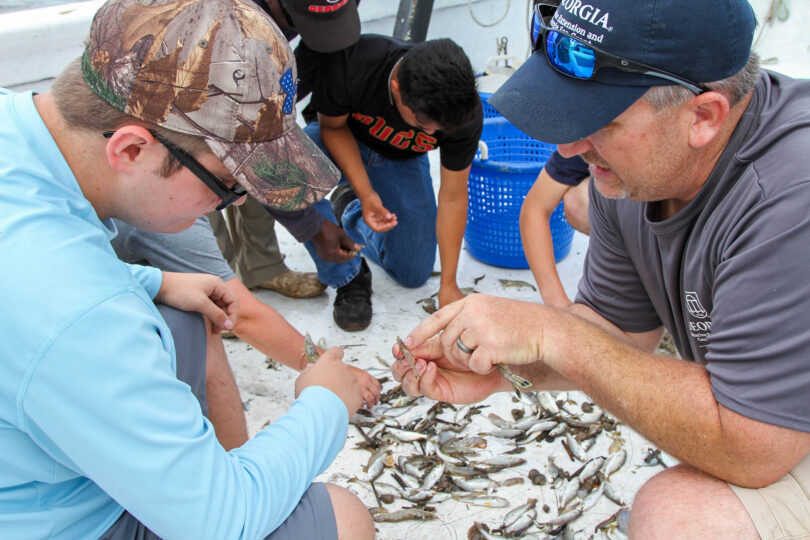 Herbert McIver, better known as Truck, grew up working on the water alongside his father who was a commercial shrimper out of McIntosh County, Georgia.

McIver, now a marine resources specialist at the University of Georgia Marine Extension and Georgia Sea Grant, spent 40 years in the shrimping industry, working his way up from deck crew to captain of his own boat.

“Shrimping was a family affair,” he said. “I started working when I was 9 or 10 years old, going out with him and heading shrimp on the back of the boat.”

McIver left the business in 2012, which has become a common theme in the industry over the last several decades. There were 1,400 trawling license holders in 1979. Today there are just over 200. Those who remain despite increasing operating costs, cheaper imported shrimp, regulatory changes and fewer working waterfronts are having trouble finding qualified help to work on the boats. 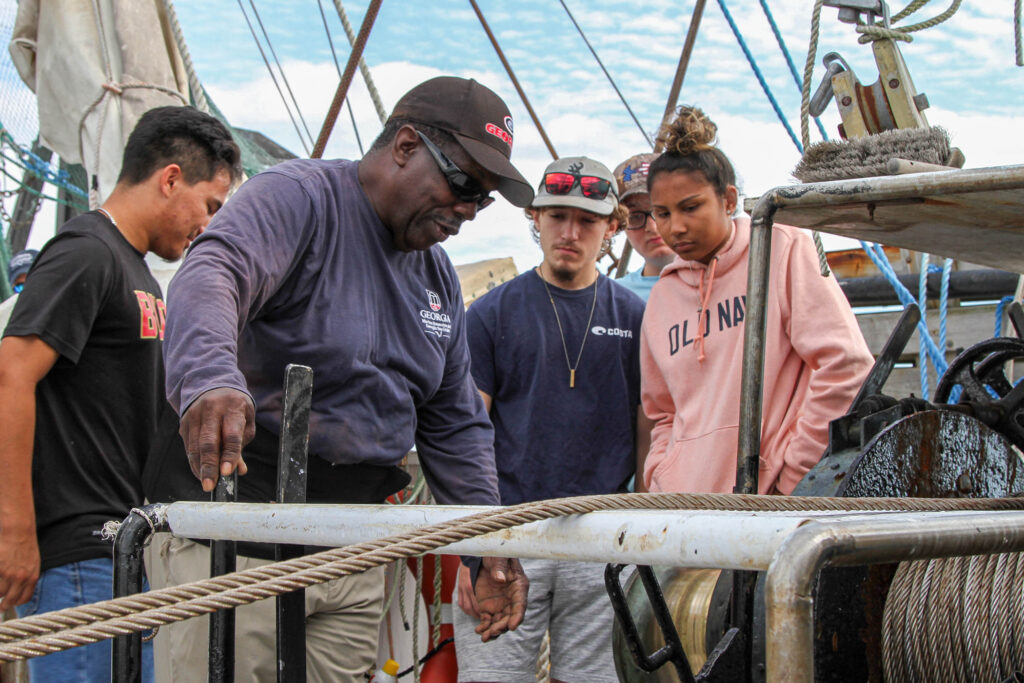 So far, they have taught students how to mend and sew nets that are used on shrimp trawlers and led the class on a trip using nets of different lengths and mesh size to demonstrate how to select the right gear. The class also participated in a series of outreach trawls aboard Marine Extension and Georgia Sea Grant’s R/V Georgia Bulldog where they learned how to sort and identify fish.

“We’re giving students actual hands-on experience so that they’re not having to be taught as soon as they step on a vessel,” said Robert Todd, the instructor for the four-part course. Todd is a fourth generation commercial fisherman whose family owns Todd Shrimping Inc. When he is not shrimping with his father, he teaches audio/video technology and commercial fisheries at McIntosh County Academy.

In addition to working a shrimp boat, Todd hopes to introduce students to related opportunities outside of the industry. 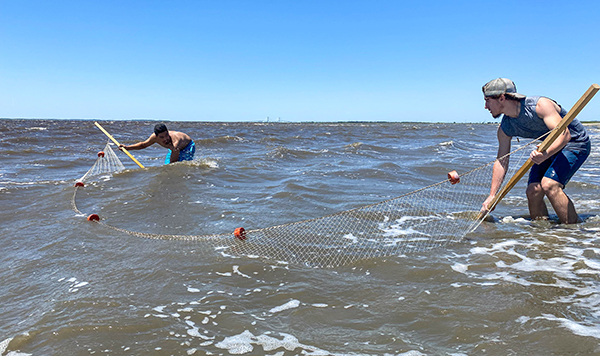 Students in the fishing pathways program use seines, nets that hang vertically in the water with floats at the top and sinkers at the bottom, to catch fish. (Submitted photo)

“I have had two students go full time into shrimping, and I have one student that just graduated that is actually looking into becoming a DNR [Department of Natural Resources] law enforcement agent,” he said. “Getting students exposure to careers that surround the industry, whether it’s the Coast Guard, the DNR, the Marine Extension and Georgia Sea Grant office, TowBoatUS, it doesn’t matter, as long as we’re giving these kids career choices.”

Chris Simmons, a recent graduate of McIntosh County Academy, completed the course in 2021. “Fishing is a big thing around so here, so I figured I’d look into it,” said Simmons, who was born and raised in McIntosh County. He had little experience working on the water prior to the course.

“The class is fun. You’re not just stuck in a classroom reading textbooks and information off of a screen. You’re actually going out there and doing it,” he said.

Seven students have completed the pathways course so far, and Todd expects to double the number of registered students this fall now that students are back to in-person learning.

McIver looks forward to continuing to share his knowledge with students participating in the program.

“I’m just excited to be able to pass it on to the kids, you know, because somebody taught me,” he said. “It’s fun for me just to see them pull in crab traps and bait them and see their eyes light up. I know they’re doing it because they’re really interested.”