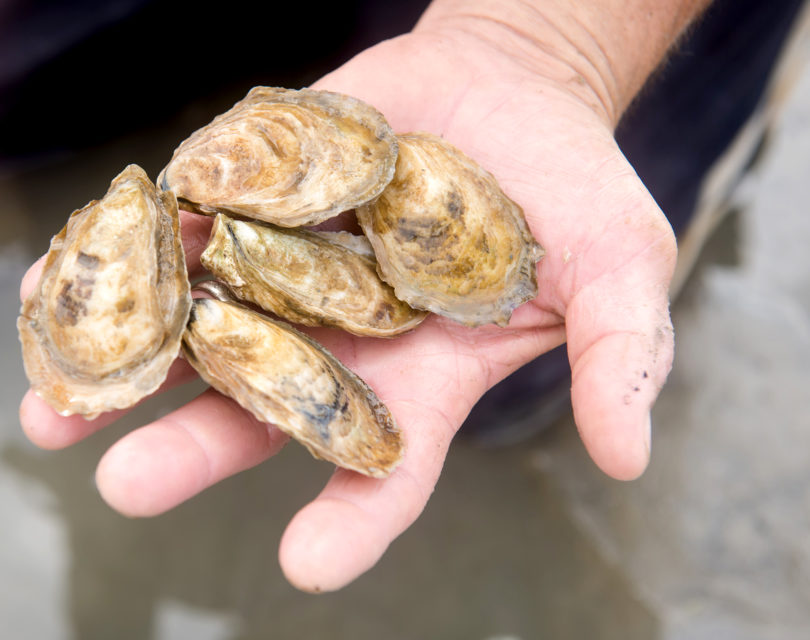 Savannah, Ga. – With Georgia’s oyster season just beginning, the University of Georgia Marine Extension has opened the state’s first oyster hatchery, which is expected to revive the once-thriving oyster industry in Georgia.

The hatchery will help establish an oyster aquaculture industry in Georgia, allowing harvesters to farm single oysters that can be sold on the half-shell, a lucrative market fueled by rising restaurant and consumer demand. Located on Skidaway Island, the hatchery is expected to produce between 5 million and 6 million spat, or baby oysters, per year by 2018. Experts at the UGA Shellfish Research Laboratory have calculated that these oysters will be worth an estimated $1.6 million when harvested.

“I’m incredibly proud of our first-ever oyster hatchery in the state,” said Mark Risse, director of UGA Marine Extension, a unit of the university’s Office of Public Service and Outreach. “We hope to grow the oyster industry and allow farmers to produce oysters in a faster, more cost-effective way.”

Wild Georgia oysters grow in muddy clumps, due to high natural recruitment rates, a lack of habitat on which to settle and competition for space. The shells are brittle with sharp edges, yet none of this takes away from the flavor of the meat, often described by locals as sweet and salty with a hint of lemongrass. One of the goals of the oyster hatchery is to produce an attractive, easy-to-open single oyster that can be marketed to upscale restaurants.

The UGA Shellfish Research Laboratory, part of Marine Extension, has conducted research on single-oyster cultivation for more than 30 years. While scientists such as Thomas Bliss, director of the shellfish lab, have developed specialized growing techniques to harvest spat in the wild, these methods are too labor-intensive to sustain a robust oyster industry. Cultivating single oysters in a hatchery may provide a more viable option.

UGA Marine Extension will share spat and guidance with participating growers, who will be trained in handling and transplanting spat and learn new methods for cultivating oysters. In return, growers will share their experiences and data with scientists. Additionally, extension specialists will connect growers with seafood distribution companies to increase awareness of the Georgia single oyster.

“Our goal is to work with shellfish growers to establish single oyster aquaculture in Georgia by providing them access to oyster spat,” Bliss said. “There is an opportunity for growers to create a thriving market in Georgia and the hatchery is key in driving the creation of the market.”
Oyster growers are an important part of Georgia’s history. In the early 1900s, the state led the nation in oyster production, annually harvesting 8 million pounds of oyster meat, primarily for the canning industry. By the 1940s, the industry was in decline due to over harvesting and decreasing demand for canned oysters. The last shucking houses in coastal Georgia closed in the 1960s. Harvested oysters now are primarily sold in clumps for private roasts.

UGA Marine Extension
The UGA Shellfish Research Laboratory, a branch of UGA Marine Extension, is working to develop a sustainable oyster aquaculture industry in Georgia. As a unit of the Office of Public Service and Outreach at the University of Georgia, Marine Extension helps improve public resource policy, encourage far-sighted economic and fisheries decisions, anticipate vulnerabilities to change and educate citizens to be wise stewards of the coastal environment. For more information, visit marex.uga.edu.