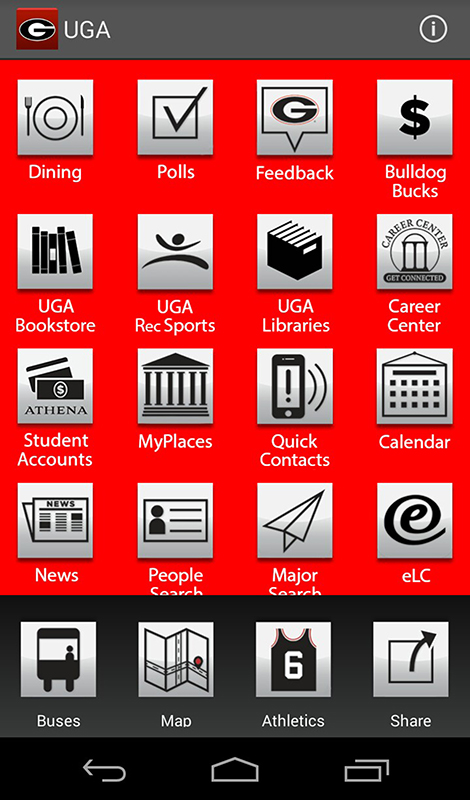 The app, which also was updated for iOS, includes a map of campus with the ability to select points of interest, such as computer labs, parking decks, bike repair stations and print kiosks. It features daily menus at UGA dining commons, recreational sports schedules, athletic scores, access to the university’s learning management system and more.

The app can track campus buses, show 360-degree photos of each campus bus stop and a listing of buses scheduled to arrive.

The same app features are available to mobile users on both Apple and Android phones. The app is available to download from Google Play for Android devices and the App Store for iOS devices.