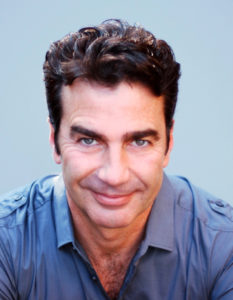 Stefano de Peppo will play the lead role in the UGA Theatre’s production of Don Pasquale.

The University of Georgia Opera Theatre, along with several guest artists, will command the Fine Arts Theatre stage as they take on the opera Don Pasquale by Gaetano Donizetti.

This production will be unique because it is set in the 1950s and not in the original time setting of the early 19th century by Donizetti. Don Pasquale lends itself well to “time travel” since its story, and cast of characters, is timeless and relevant in any era. The cast includes a smart leading lady who can play multiple roles, her young admirer, a deceptive physician who aids the lovers and an old buffoon who gets what he deserves in the end.

This opera comes out of the Bel Canto era of music, which focuses on beautiful singing foremost and gives the singers the opportunity to impress audiences with the highest level of vocal skills. Donizetti wrote a number of comedic operas based on life situations often around love triangles along competing relationships and disguised identities. Don Pasquale is all these, and the humor evolves from all of the deception.

The audience will have the opportunity to experience the work of several guest artists, including two Don Pasquales. Stefano de Peppo, who recently appeared at the Atlanta Opera in leading roles, will be singing the title role, which he has performed numerous times around the world. As a native-born Italian, he will bring a natural affinity to both the language and the character. The second Don Pasquale will be guest stage director John Stephens, who has also performed the title role numerous times in opera companies throughout the U.S. and returns to the stage for his fourth opera at UGA.

Returning as guest international conductor will be Hilary Griffiths of Cologne, Germany. Griffiths returns to Athens after his previous performances of Le Nozze de Figaro and Don Giovanni with the UGA Opera Theatre.

Deciding to bring Don Pasquale to the UGA campus fits in with the personal goals of Frederick Burchinal, the Wyatt and Margaret Anderson Professor in the Arts and opera director, and Kathryn Wright, principal opera coach. They want to bring all of the best of the standard operatic repertoire to Athens for the purpose of educating the student singers with repertoire that they would sing for a lifetime.

“[I want] to bring to our audiences operas that would only be available in major opera houses, and I search every year to find the ideal selection which suits our singers’ abilities and will entertain and enlighten,” said Burchinal.

Burchinal said that Don Pasquale was one of the first major operas that he had the pleasure of performing. He played the part of the deceptive physician and friend to the young lovers, Dr. Malatesta, under the direction of Gian Carlo Menotti while at the Juilliard American Opera Center.

“Don Pasquale has always been a favorite,” he said.

Since the opera will be performed in its original language of Italian, the UGA Opera Theatre will provide a simultaneous translation in English called supertitles above the stage. The supertitles are generally word for word translations of the sung text so everyone can follow the story line, not miss any of the jokes and have the ability to enjoy the beautiful singing.